The suit accuses Donald Trump of inciting the deadly riot at the U.S. Capitol and of conspiring with others to stop the certification of Joe Biden's win. 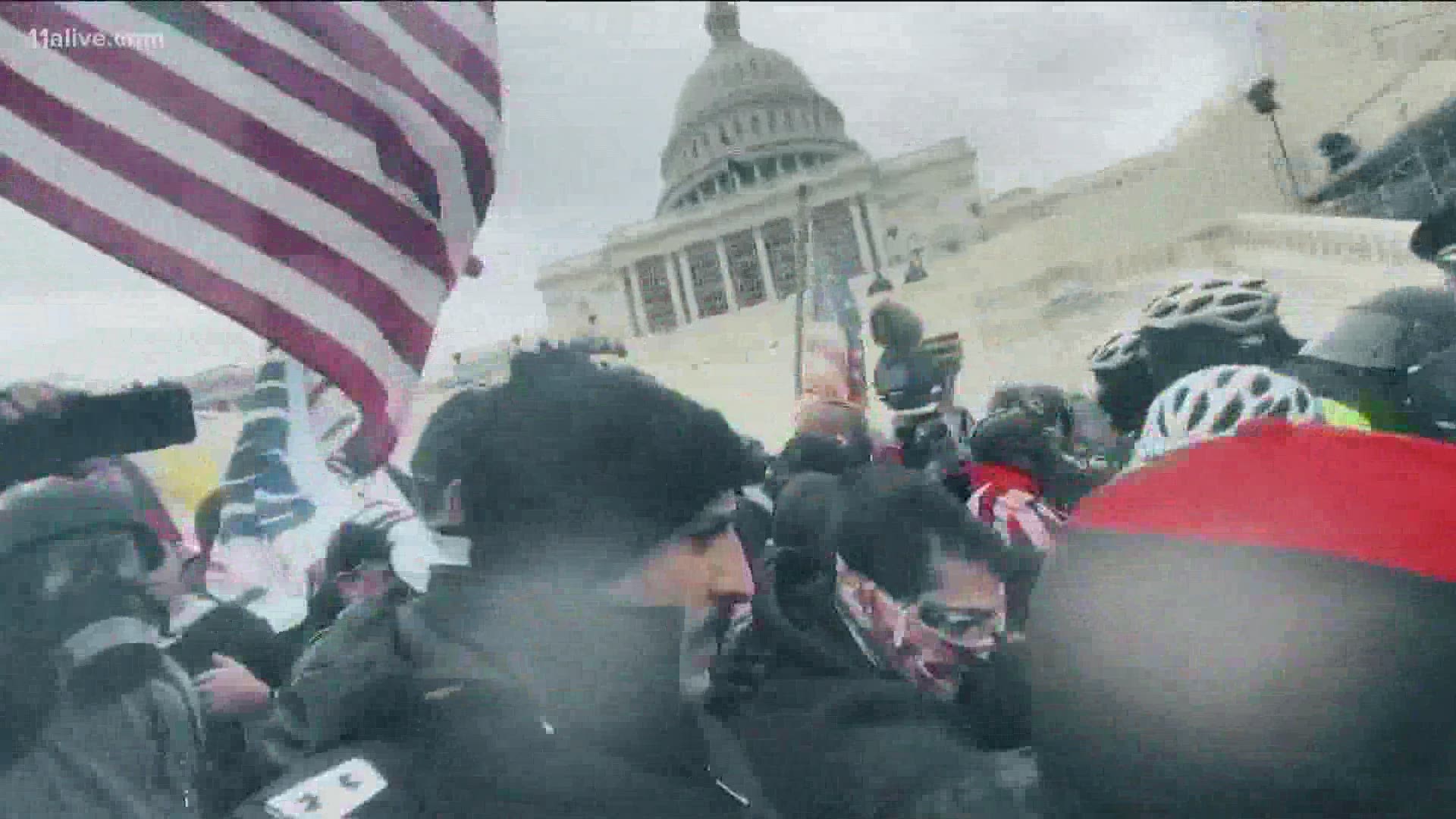 Ten House Democrats are joining a federal lawsuit that accuses Donald Trump of inciting the deadly insurrection at the U.S. Capitol and of conspiring with his lawyer and extremist groups to try to prevent Congress from certifying the results of the presidential election he lost to Joe Biden.

The lawsuit was initially filed in February by Mississippi's Rep. Bennie Thompson, chairman of the House Homeland Security committee. It seeks unspecified punitive and compensatory damages.

The NAACP announced Wednesday that these Democrats are joining the lawsuit.

RELATED: Judge: Brothers accused of chasing Ofc. Goodman in Capitol riots will be released from jail before trial

A Trump adviser, Jason Miller, said in February that Trump did not organize the rally that preceded the riot where Trump spoke and “did not incite or conspire to incite any violence at the Capitol on Jan. 6th."

The suit, filed in federal court in Washington under a Reconstruction-era law known as the Ku Klux Klan Act, came after Trump was acquitted in a Senate impeachment trial that centered on allegations that he incited the riot, in which five people died. The 1871 law was passed in response to KKK violence and prohibits violence or intimidation meant to prevent Congress or other federal officials from carrying out their constitutional duties.

Even some Republicans who voted to acquit Trump at his impeachment trial over the riot acknowledged that the more proper venue to deal with Trump was in the courts, especially now that he has left the White House and lost certain legal protections that shielded him as president.

The suit traces the drawn-out effort by Trump and Giuliani to cast doubt on the election results even though courts across the country, and state election officials, repeatedly rejected their baseless allegations of fraud. Despite evidence to the contrary, the suit says, the men portrayed the election as stolen while Trump “endorsed rather than discouraged" threats of violence from his angry supporters in the weeks leading up to the assault on the Capitol.

Trump has not relented from his false claim that he won the election, stating as recently as Saturday that," They rigged and stole our 2020 Presidential Election, which we won by a landslide..."

President Joe Biden won the 2020 presidential election by more than 7 million votes and an electoral college count of 306-232. There was no widespread election fraud. Those claims were rejected by Democratic and Republican election officials in Georgia and other states, by U.S. cybersecurity officials and federal judges appointed by Trump and by the U.S. Supreme Court, which included three justices selected by the former president. Also, then-Attorney General William Barr said there was no evidence of fraud that could change the election outcome.

Presidents are historically afforded broad immunity from lawsuits for actions they take in their role as commander in chief. But the lawsuit was brought against Trump in his personal, not official, capacity and alleges that none of the behavior at issue had to do with his responsibilities as president.

Eric Tucker of the Associated Press contributed to this report.