Many Indigenous American activists say the Rushmore memorial is as reprehensible as the many Confederate monuments being toppled around the nation. 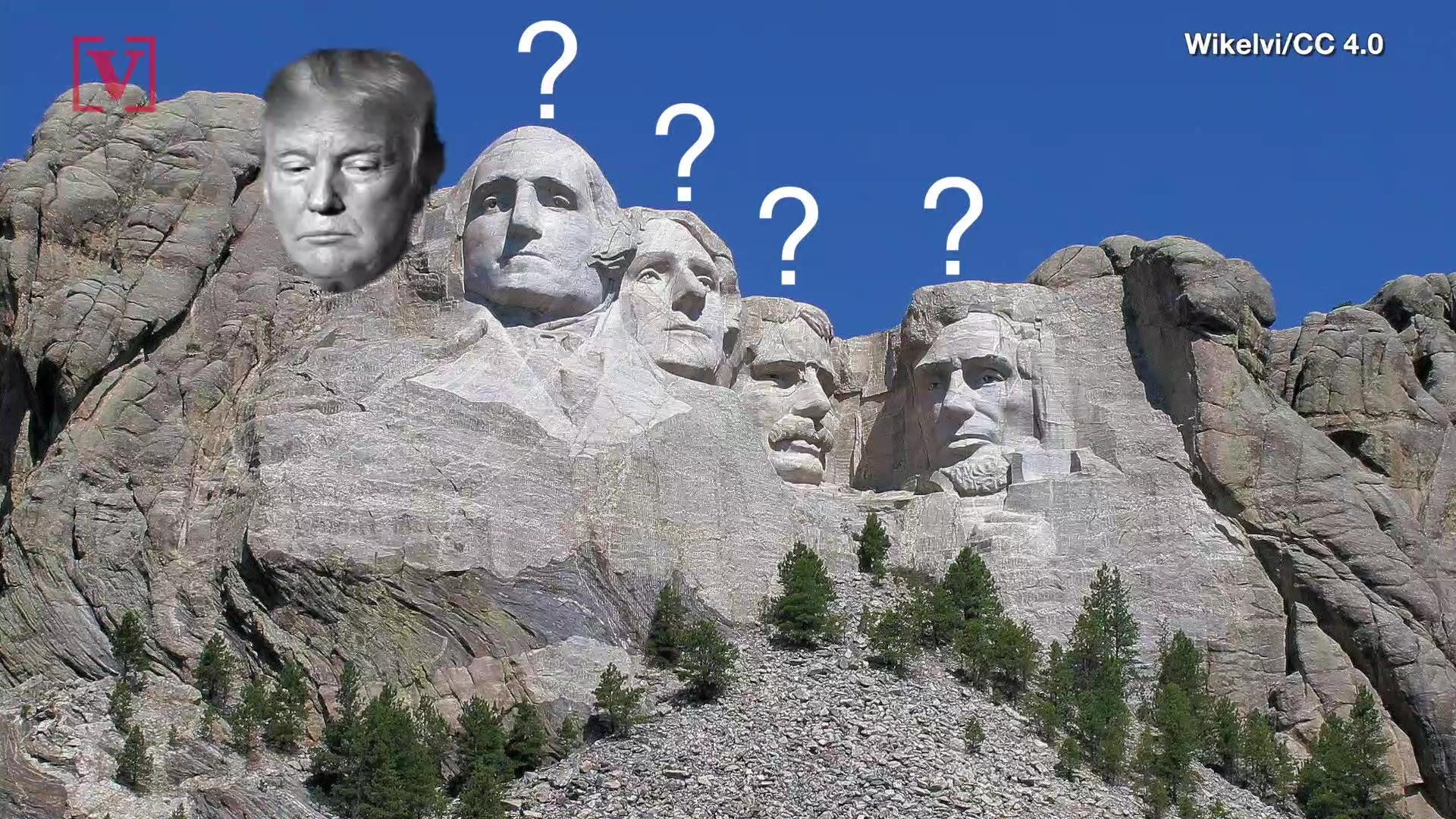 President Donald Trump’s plans to kick off Independence Day with a showy display at Mount Rushmore have angered Native Americans, who view the monument as a desecration of land violently stolen from them and used to pay homage to leaders hostile to Indigenous people.

Several groups led by Native American activists are planning protests for Trump’s July 3 visit, part of Trump's “comeback” campaign for a nation reeling from sickness, unemployment and, recently, social unrest. The event is slated to include fighter jets thundering over the 79-year-old stone monument in South Dakota's Black Hills and the first fireworks display at the site since 2009.

But it comes amid a national reckoning over racism and a reconsideration of the symbolism of monuments around the globe. Many Native American activists say the Rushmore memorial is as reprehensible as the many Confederate monuments being toppled around the nation.

“Mount Rushmore is a symbol of white supremacy, of structural racism that’s still alive and well in society today,” said Nick Tilsen, a member of the Oglala Lakota tribe and the president of a local activist organization called NDN Collective. “It’s an injustice to actively steal Indigenous people’s land, then carve the white faces of the colonizers who committed genocide.”

While some activists, like Tilsen, want to see the monument removed and the Black Hills returned to the Lakota, others have called for a share in the economic benefits from the region.

Trump has long shown a fascination with Mount Rushmore. South Dakota Gov. Kristi Noem said in 2018 that he once told her straight-faced that it was his dream to have his face carved into the monument. He later joked at a campaign rally about getting enshrined alongside George Washington, Thomas Jefferson, Theodore Roosevelt and Abraham Lincoln. And while it was Noem, a Republican, who pushed for a return of fireworks on the eve of Independence Day, Trump committed to visiting South Dakota for the celebration.

Some wildfire experts have raised concerns the pyrotechnics could spark fires, especially because the region has seen dry weather this year. Firefighters called in crews from two other states to help Thursday as a blaze consumed approximately 150 acres (61 hectares) about 6 miles (10 kilometers) south of the monument.

The four faces, carved into the mountain with dynamite and drills, are known as the “shrine to democracy.” The presidents were chosen by sculptor Gutzon Borglum for their leadership during four phases of American development: Washington led the birth of the nation; Jefferson sparked its westward expansion; Lincoln preserved the union and emancipated slaves; Roosevelt championed industrial innovation.

And yet, for many Native American people, including the Lakota, Cheyenne, Omaha, Arapaho, Kiowa and Kiowa-Apache, the monument is a desecration to the Black Hills, which they consider sacred. Lakota people know the area as Paha Sapa — “the heart of everything that is.”

As monuments to Confederate and Colonial leaders have been removed nationwide, some conservatives have expressed fear that Mount Rushmore could be next. Commentator Ben Shapiro this week suggested that the “woke historical revisionist priesthood” wanted to blow up the monument. Noem responded by tweeting, “Not on my watch.”

The governor told Fox News on Wednesday, “These men have flaws, obviously every leader has flaws, but we’re missing the opportunity we have in this discussion to talk about the virtues and what they brought to this country, and the fact that this is the foundation that we’re built on and the heritage we should be carrying forward."

Tim Giago, a journalist who is a member of the Oglala Lakota tribe, said he doesn’t see four great American leaders when he looks at the monument; he sees four white men who either made racist remarks or initiated actions that removed Native Americans from their land. Washington and Jefferson held slaves. Lincoln, though he led the abolition of slavery, approved the hanging of 38 Dakota men in Minnesota after a violent conflict with white settlers there. Roosevelt is reported to have said, “I don’t go so far as to think that the only good Indians are dead Indians, but I believe nine out of every 10 are ...”

The monument has long been a “Rorschach test," said John Taliaferro, author of “Great White Fathers,” a history of the monument. "All sorts of people can go there and see it in different ways.”

The monument often starts conversations on the paradox of American democracy — that a republic that promoted the ideals of freedom, determination and innovation also enslaved people and drove others from their land, he said.

“If we’re having this discussion today about what American democracy is, Mount Rushmore is really serving its purpose because that conversation goes on there,” he said. “Is it fragile? Is it permanent? Is it cracking somewhat?”

The monument was conceived in the 1920s as a tourist draw for the new fad in vacationing called the road trip. South Dakota historian Doane Robinson recruited Borglum to abandon his work creating the Stone Mountain Confederate Memorial in Georgia, which was to feature Robert E. Lee, Jefferson Davis and Stonewall Jackson.

Credit: AP
FILE - In this Sept. 11, 2002, file photo, the sun rises on Mt. Rushmore National Memorial near Keystone, S.D. as the flag is flown at half staff in honor of the first anniversary of the Sept. 11 terrorist attacks against the United States. President Donald Trump is planning to kick off Independence Day weekend in South Dakota with a show of patriotism _ fireworks popping, fighter jets thundering overhead and revelers crowding beneath a piece of classic Americana _ Mount Rushmore. (AP Photo/Laura Rauch, File)

Borglum was a member of the Ku Klux Klan, according to Mount Rushmore historian and writer Tom Griffith. Borglum joined the Klan to raise money for the Confederate memorial, and Griffith argues his allegiance was more practical than ideological.

Native American activists have long staged protests at the site to raise awareness of the history of the Black Hills, which were seized despite treaties with the United States protecting the land. Fifty years ago, a group of activists associated with an organization called United Native Americans climbed to the top of the monument and occupied it.

Quanah Brightman, who now runs United Native Americans, said the activism in the 1970s grew out of the civil rights movement of the 1960s. He hopes a similar movement for Native Americans comes from the Black Lives Matter movement.

“What people find here is the story of America — it's multidimensional, it's complex,” Griffith said. “It’s important to understand it was people just trying to do right as best they knew it then.”