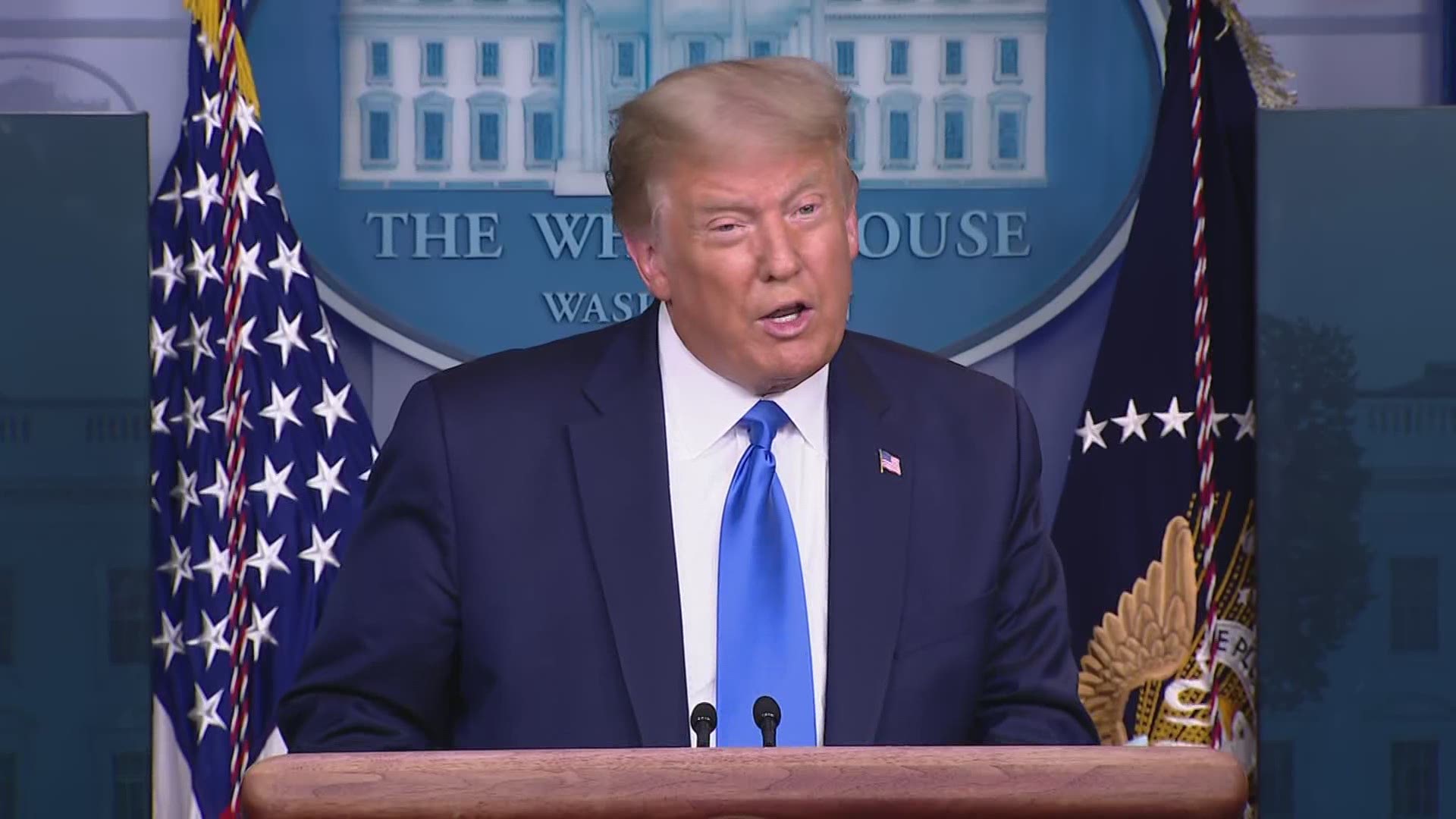 WASHINGTON, D.C., USA — President Donald Trump held a news conference at the White House Wednesday. He discussed the coronavirus pandemic, the Supreme Court vacancy, as well as the November election, which has been the focus of many of his recent press briefings.

Earlier Wednesday, Trump predicted that the election "will end up in the Supreme Court."  And he suggested that is one of the reasons he is pushing so strongly to fill the seat vacated by the death of Justice Ruth Bader Ginsburg before the nation votes Nov. 3.

Speaking to reporters in the Cabinet Room, Trump complained again about mail-in voting, calling it a Democratic "scam" without providing proof. He said the "scam" will end up requiring a Supreme Court decision.

"And I think having a four-four situation is not a good situation," he said, referring to an evenly split court. "Just in case it would be more political than it should be, I think it's very important to have a ninth justice," Trump said.

The president said as soon as he puts forward his nomination this Saturday, the process will move "very quickly."