Trump responds to Mitt Romney's criticism: 'I won big, and he didn't' 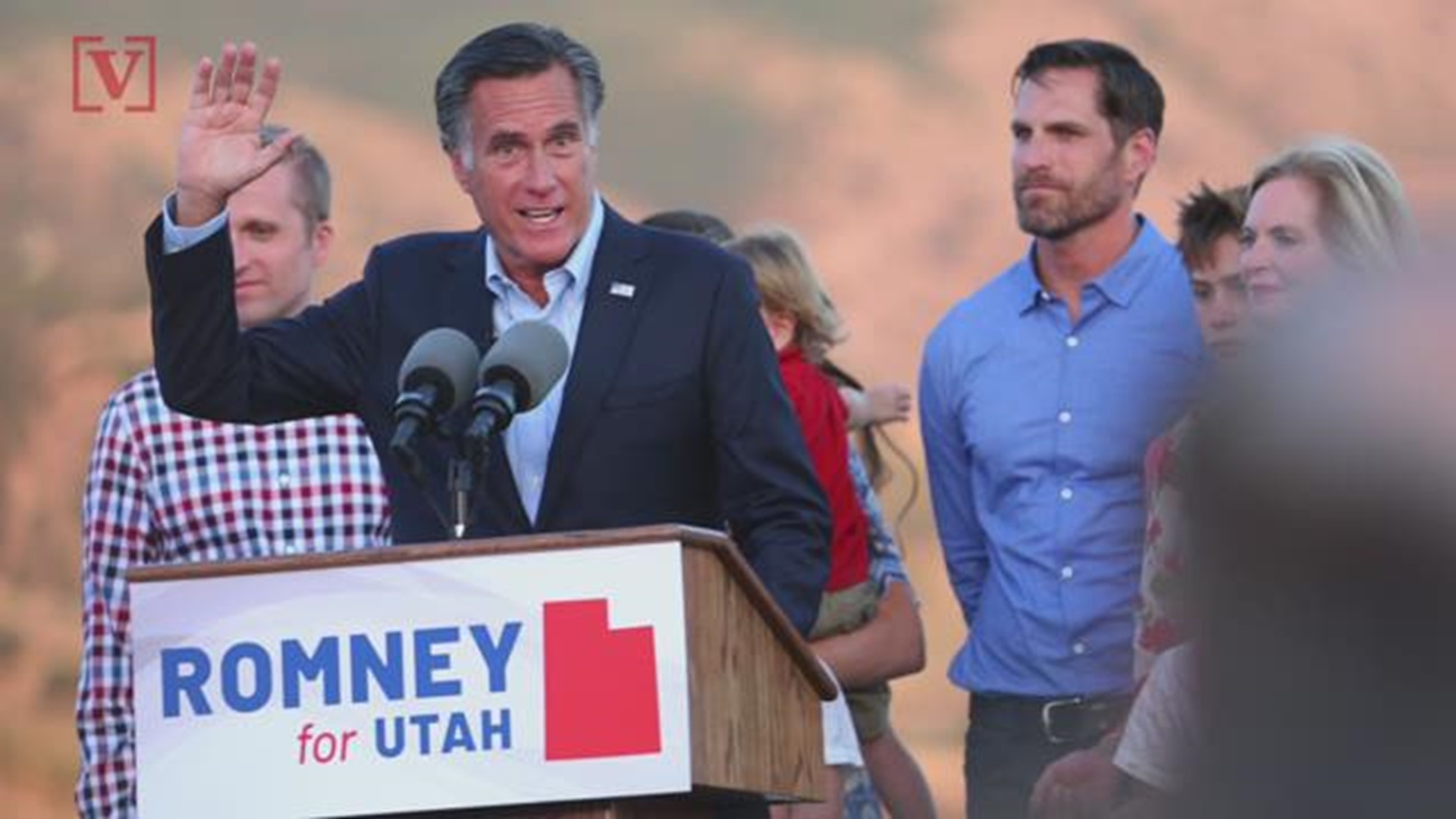 WASHINGTON — Mitt Romney, the 2012 GOP presidential nominee and incoming Utah senator, has quickly set himself apart from other Republicans in the new Congress with a blistering attack on President Donald Trump's leadership and character, triggering what could become a new rivalry in the GOP ranks.

Romney put to rest expectations that he would take his time getting his footing in Washington. Instead, he penned an op-ed in The Washington Post, two days before being sworn into office, that said Trump's "conduct over the past two years, particularly his actions last month, is evidence that the president has not risen to the mantle of the office."

Trump replied by tweeting he hoped Romney wouldn't follow in the footsteps of Sen. Jeff Flake, R-Ariz., who often criticized Trump and paid the price, opting to retire rather than risk defeat in a GOP primary.

"Here we go with Mitt Romney, but so fast! Question will be, is he a Flake? I hope not," Trump tweeted. "Would much prefer that Mitt focus on Border Security and so many other things where he can be helpful. I won big, and he didn't. He should be happy for all Republicans. Be a TEAM player & WIN!"

Here we go with Mitt Romney, but so fast! Question will be, is he a Flake? I hope not. Would much prefer that Mitt focus on Border Security and so many other things where he can be helpful. I won big, and he didn’t. He should be happy for all Republicans. Be a TEAM player & WIN!

By taking on Trump so early in his Senate career, Romney could be picking up where Flake and Sen. Bob Coker, R-Tenn., another retiring senator, left off.

Both Republicans were vocal GOP critics of Trump, and their retirements left some wondering whether any other Republicans would be willing to publicly criticize the president. Democratic Sen. Dick Durbin, D-Ill., noted that almost half of the Senate Republicans are up for re-election in 2020.

"They just saw what happened in 2018," Durbin said, when Republicans lost the House majority in November. "I think, once they do polling back home, not all of them, but many of them will find that independence is being rewarded."

Romney has had his public run-ins with the president before and tried to prevent him from winning the GOP nomination in 2016. In one speech, he said there was plenty of evidence that Trump was "a con man, a fake." In that same speech, he said "dishonesty is Donald Trump's hallmark."

But after the presidential election, Romney eased off the criticism and interviewed to become Trump's secretary of state. Trump opted for former Exxon Mobil CEO Rex Tillerson, who lasted about 14 months before Trump fired him.

During his Senate campaign, Romney insisted that he would agree with Trump on some issues and not be shy about disagreeing with him on others. He appears to have more room with GOP voters in Utah to take on the president. Most voters in the state — 64 percent — would like to see the senator confront the president, according to data from AP VoteCast, a survey of midterm voters.

Special counsel Robert Mueller's investigation continues into Russia meddling in the 2016 election and possible contacts with the Trump campaign.

Romney credited Trump in the op-ed for cutting corporate taxes, stripping out what he described as excessive regulation and appointing conservative judges. But he said policies and appointments are only part of being a president. He said a president must also demonstrate honesty and integrity and elevate the national discourse.

"With the nation so divided, resentful and angry, presidential leadership in qualities of character is indispensable. And it is in this province where the incumbent's shortfall has been most glaring," Romney wrote.

Trump said during a Cabinet meeting Wednesday he was surprised with Romney's comments and "people are very upset with what he did."

"I think that Mitt Romney hopefully will be a team player, but if not, that's OK too," Trump said. "Look, I handle it."

In a conference call with reporters, GOP Sen. Rand Paul of Kentucky noted that the 2020 election hopes of many Republicans in the Senate and House will be tied to Trump. Paul said he disagrees with the president on some issues, but still treats him with respect.

"I don't think the president deserves a new senator coming in attacking his character," Paul said.

Ronna McDaniel, chairwoman of the Republican National Committee and Romney's niece, retweeted Trump's remarks about Romney and added that the president is constantly "attacked and obstructed" by the media and Democrats.

"For an incoming Republican freshman senator to attack" Trump @realdonaldtrump as their first act feeds into what the Democrats and media want and is disappointing and unproductive," McDaniel tweeted.

Romney's rebuke of Trump also drew a cutting reply from Brad Parscale, Trump's campaign manager. In a tweet Tuesday night, Parscale said Romney "lacked the ability to save this nation" and contended that Trump "has saved it."

"Jealously is a drink best served warm and Romney just proved it," Parscale wrote, adding he wished "everyone had the courage" Trump had.

Senate Republicans, meanwhile, chafe at the notion that they are unwilling to take on a president whose statements and policy positions often run counter to traditional conservative positions.

Sen. David Perdue, R-Ga., said "there's all sorts of active disagreements that go on" with the White House behind the scenes.

"I support the president as well as anybody. Behind closed doors, there are things on tariffs and things like that where we've offered a differing opinion. But I support this president in terms of what he's trying to do. This agenda is working," Perdue said, citing strong economic growth and low unemployment.

Romney will be sworn in as a senator on Thursday.