The president pledged as a candidate in 2016 that he wouldn't accept a salary if he was elected. 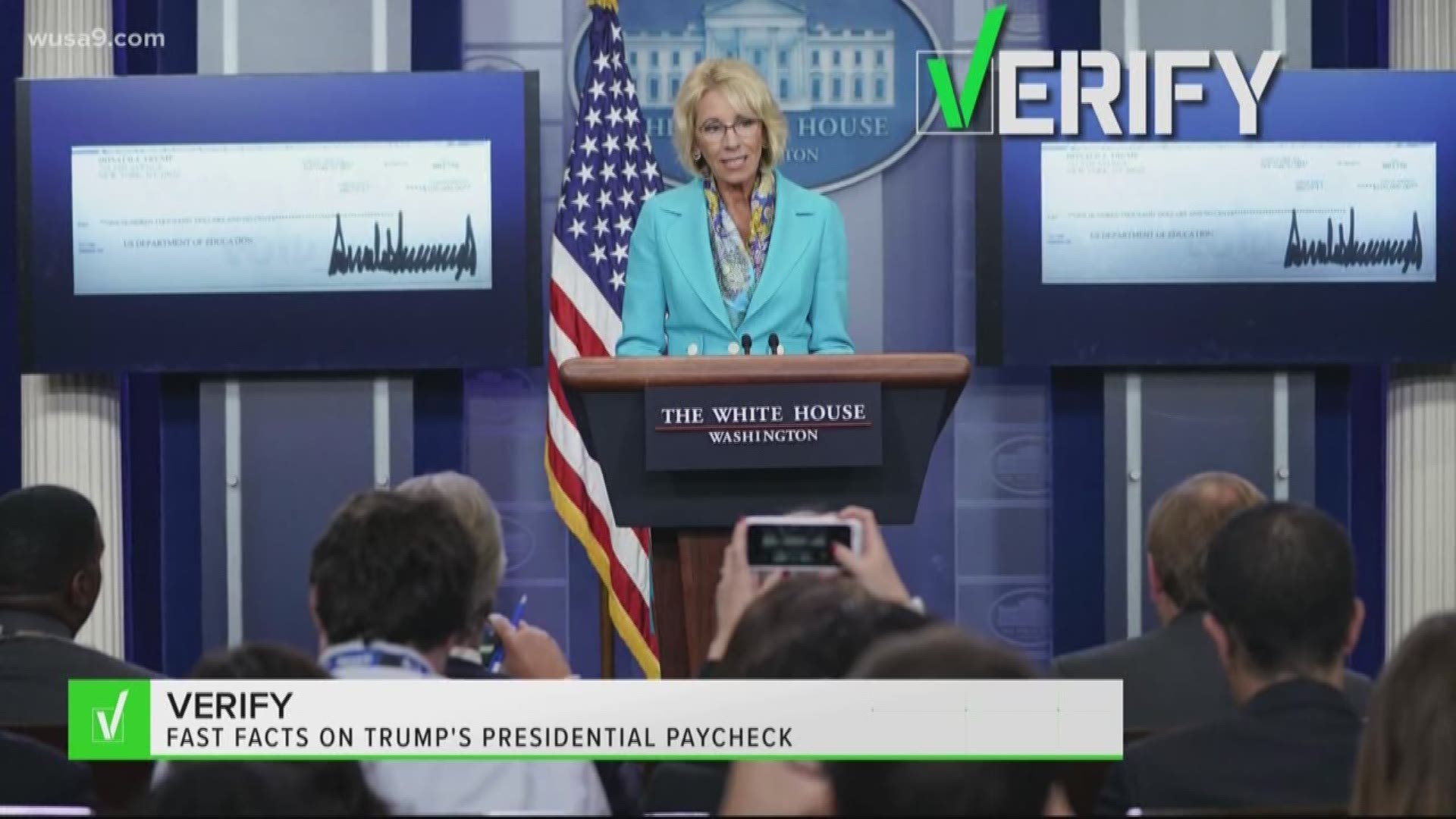 President Donald Trump has tweeted a picture of a $100,000 check he recently wrote to the Department of Homeland Security, his latest donation to a federal agency.

Trump pledged as a candidate in 2016 to not accept the $400,000 annual presidential salary he would be due if elected.

Trump says the press doesn't like writing about his donations "nor do I need them to."

He also claims if he didn't make the donations, there would be "hell to pay from the FAKE NEWS MEDIA!"

By law, he must be paid, so Trump has donated the quarterly payments to various federal departments and agencies.