USS Theodore Roosevelt sidelined by coronavirus is back operating in Pacific

The aircraft carrier had a massive outbreak with more than 1,000 sailors infected with COVID-19. 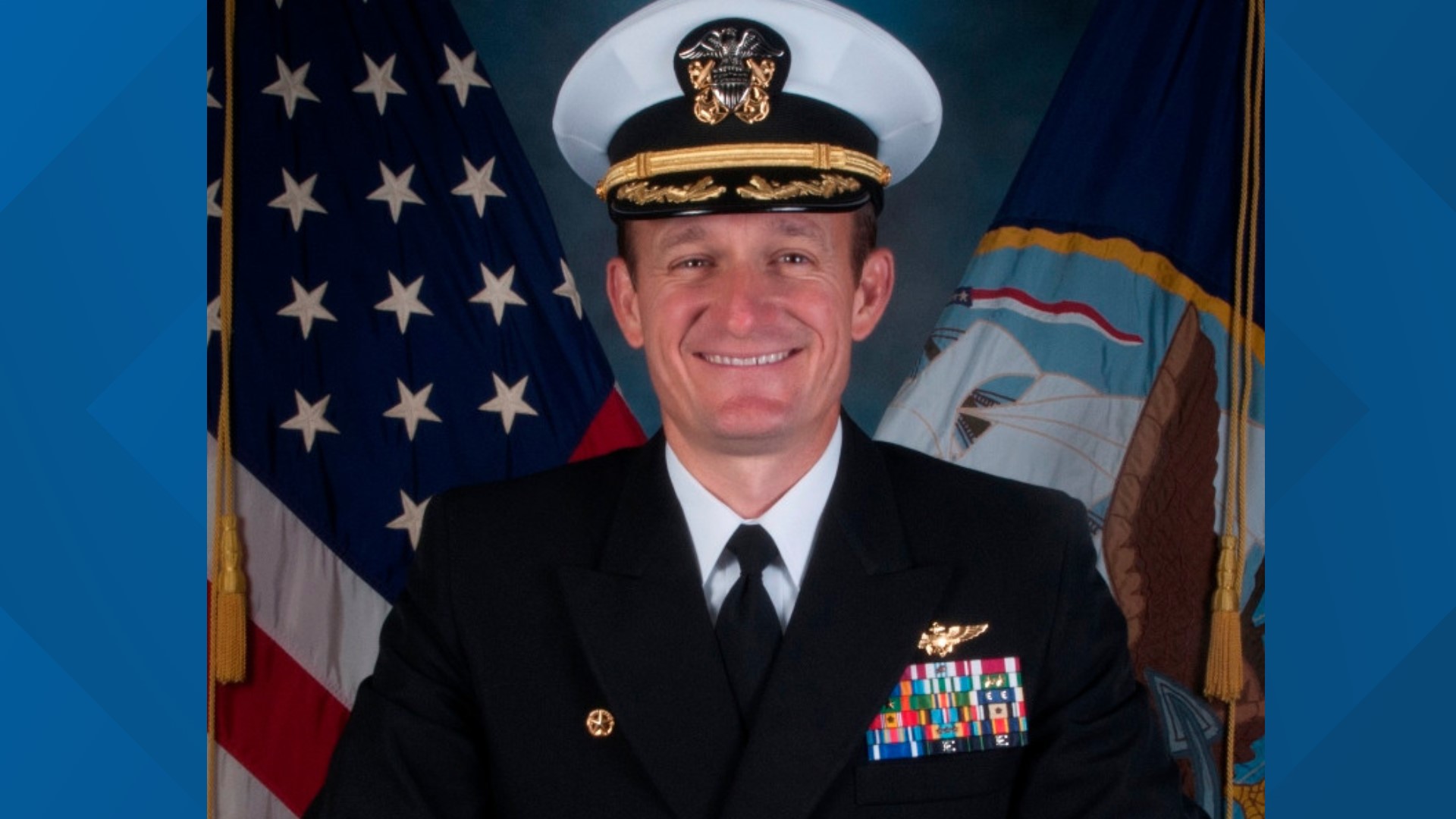 WASHINGTON — Editor's Note: The video above is from April 2020.

Ten long weeks after a massive coronavirus outbreak sidelined one of the Navy's signature warships, the U.S.S. Theodore Roosevelt has returned to sea and is conducting military operations in the Pacific region.

Lining the flight deck in their dress white uniforms, sailors wearing white face masks stood a virus-safe 10-feet apart in a final, formal thank you as the ship sailed out of port in Guam Thursday and headed into the Philippine Sea.

“We manned the rail, which we don't normally do. There was a lot of symbolism in that,” Navy Capt. Carlos Sardiello told The Associated Press in an interview from the ship Thursday. “They're excited. They're fired up to be back at sea doing the mission.”

The Roosevelt pulled into Guam March 27, with a rapidly escalating number of sailors testing positive for the virus. Over time, more than 1,000 were infected with COVID-19, setting off a lengthy and systematic process to move about 4,000 sailors ashore for quarantine and treatment, while about 800 remained aboard to protect and run the high-tech systems, including the nuclear reactors that run the vessel.

Slowly, sailors were methodically brought back on board, while the others who had remained went ashore for their mandated two-week quarantine. And in late March, the ship with only about 3,000 crew aboard went out to sea for roughly two weeks of training, including the recertification of the flight deck and fighter squadron, such as takeoffs and landings on the carrier.

Earlier this week, the Roosevelt wrapped up training and returned to Guam to pick up nearly 1,000 sailors who had been left there to either complete their quarantine or to manage and work with those still on the island. As the ship sailed into the port, it was flying a flag with the words “Don't Give Up the Ship," a famous Navy battle cry from the War of 1812.

“Our sailors didn’t give up the ship. They fought and got it back. So I thought it was appropriate,” said Sardiello, who asked one of the other Navy ships to borrow their flag. “The ship was clean and the ship was healthy with no COVID cases. So I said, ok, we’re going to fly that one time on the way into Guam as a as a symbol to bolster their morale."

RS1 Katie VanDrimmelen was one of the sailors left ashore during the two week training. She had tested positive for the virus and was in quarantine for about five weeks. Walking back onto the ship, she said, was like being welcomed home from a deployment.

“It was amazing,” said VanDrimmelen, of Ogden, Utah. “It was very comforting to be back in our normal atmosphere. Everybody was happy.”

Sardiello said that watching the sailors board the ship was a great feeling, But he knows he's not done yet. There are still about 350 sailors on Guam who are either in isolation or are there as support staff.

“More and more of those sailors are meeting the return-to-work criteria, and we’re flying them on board every single day. So we’re whittling down that number day by day,” said Sardiello. "But I really want those 350 remaining back. And we’re working hard on that.”

He said that any sailors who don't recover in time will be transported back to the U.S. The ship is expected to continue operations in the Pacific, and then would likely head home to San Diego later this summer.

The Roosevelt has been at the center of a still unresolved controversy that led to the firing of the ship’s previous captain, the resignation of the Navy secretary and an expanded investigation into what triggered the outbreak and how well top naval commanders handled it.

Sardiello, had previously captained the Roosevelt, but was abruptly sent back to the ship in early April to take command after Capt. Brett Crozier was fired for urging his commanders to take faster action to stem the virus outbreak onboard.

After a preliminary review last month, Adm. Mike Gilday, the Navy’s top officer, recommended that Crozier be reinstated as ship captain. But the Navy decided to conduct the broader investigation.

That review, which effectively delays a decision on Crozier’s reinstatement, was finished and submitted to Gilday at the end of March and he is still reviewing the extensive report, which includes several hundred pages of interviews, documents and recommendations.

Cmdr. Nate Christensen, spokesman for Gilday, said is will take time for the admiral to finish his review and make any decisions.