The York-Poquoson Sheriff's Office said Mitchell Stauffer threw an American flag on the ground, put gas on it, set it on fire, and drove away from the store in Tabb. 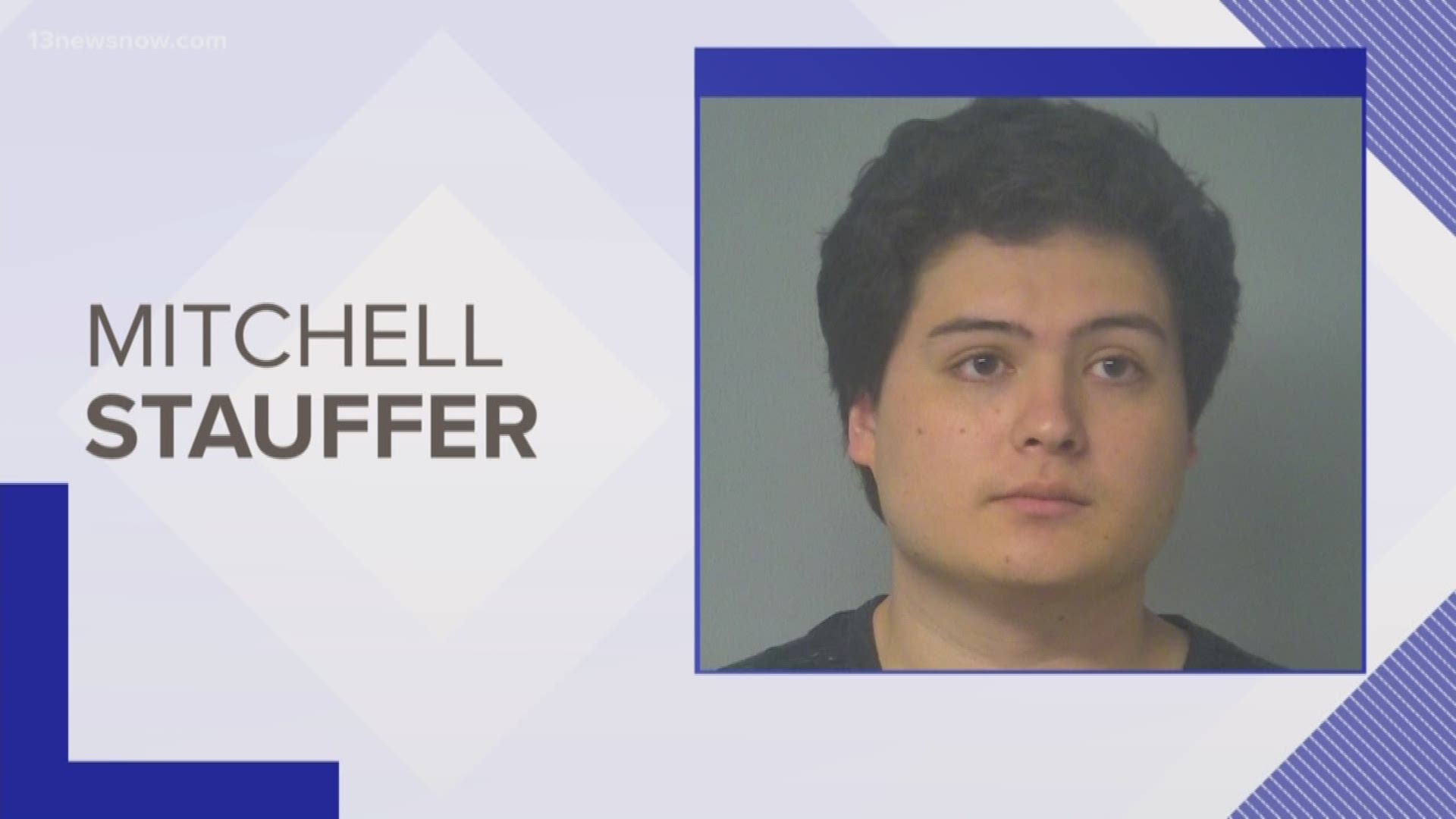 YORK COUNTY, Va. — Deputies arrested a man seen burning an American flag outside the Walmart in Tabb on Thursday.

The U.S. Supreme Court ruled the First Amendment protects a person's right to set the flag on fire. Mitchell Lee Stauffer, 22, faces a charge of Burning an Object in a Public Space with Intent to Intimidate.

RELATED: President Trump says it's 'a no brainer' to ban flag burning

Video shot by Jay Weirich shows Stauffer throwing an American Flag on the ground, putting gas on it, and setting it on fire. The York-Poquoson Sheriff's Office said Stauffer drove off, yelling and making people outside the store in the 2600 block of George Washington Memorial Highway (Route 17) nervous.

Weirich posted the video on Facebook, and people immediately shared it on their own Facebook pages and in groups.

After Stauffer's arrest, a post on the sheriff's office's Facebook page included this statement from Sheriff Danny Diggs:

The burning of our great American Flag is very offensive to most people including me. That being said, the courts have ruled that act alone is an expression of free speech and not per se illegal. This charge is appropriate under the Code of Virginia. It is fortunate that no one was injured today.

Credit: Jay Weirich
Screen grab of video shot and shared by Jay Weirich. Weirich was outside the Walmart in Tabb, York County, Va. on July 4, 2019 when someone burned an American flag outside of the store.