Watch the trailer as the original cast reprises their roles in a stage reenactment of the Season 3 episode "Hartsfield's Landing." 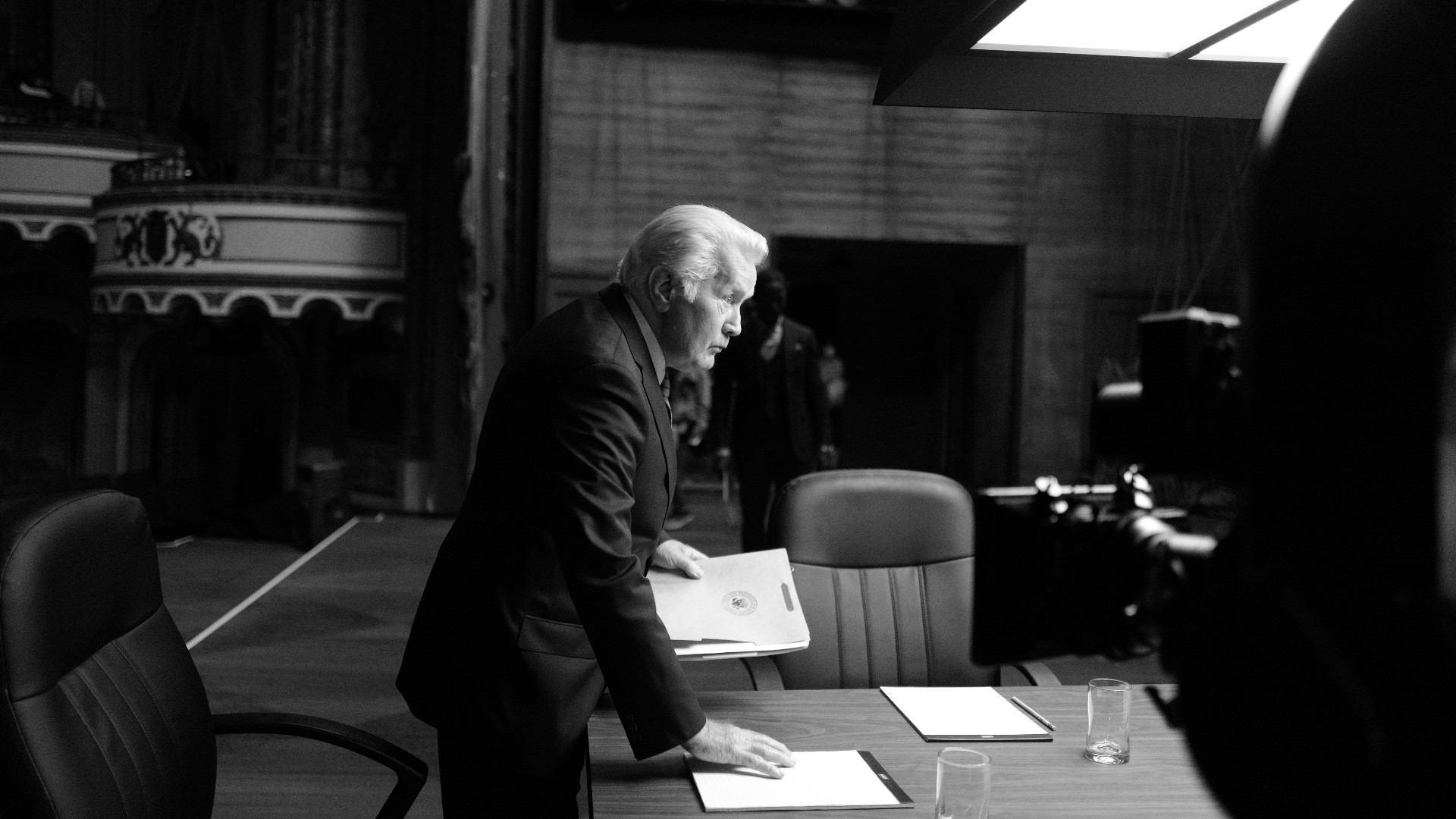 President Jed Bartlet, C.J., Josh, Toby and the rest of the administration will be back October 15 in a special "West Wing" reunion to get out the vote.

The HBO Max streaming service will premiere "A West Wing Special to Benefit When We All Vote." It will be a stage-performed recreation of the Season 3 episode "Hartsfield's Landing."

The role of Leo McGarry, originally played by John Spencer who passed away during the show's final season, will be performed by "This Is Us" star Sterling K. Brown, according to industry reports.

Credit: HBO Max / Eddy Chen
For the first time in 17 years, the cast of "The West Wing" will reunite for a special HBO Max presentation of an episode from the show's third season.

"The creative team and cast organized this historic production in order to raise awareness for and support the vital mission of When We All Vote, a non-profit, nonpartisan organization co-chaired by Michelle Obama which was founded to increase participation in every election in America," WarnerMedia said.

The episode focuses on primary election day in New Hampshire where a tiny town called Hartfield's Landing always votes first and always predicts the winner of the primary. Meanwhile, President Bartlet (Sheen) simultaneously plays chess with Sam Seaborn (Lowe) and Toby Ziegler (Schiff) while playing a geo-political game of chess due to military tensions with China.