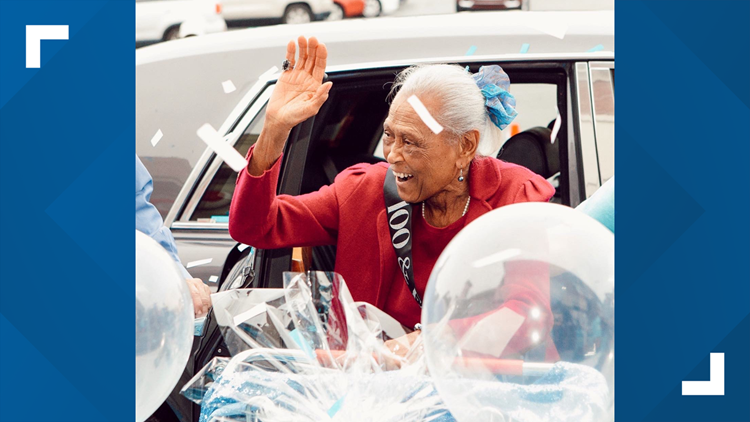 MONTGOMERY, Ala. — Romay Davis typically drives herself to work at an Alabama Winn-Dixie store, but last Tuesday was a special day: She turned 100 years old!

Her ride was spectacular, to say the least, in a Rolls Royce, WSFA-TV reports. And when she stepped outside at the store's entrance, a band played music and ticker tape confetti rained down.

"I just want to say thank you, may God bless every single one of you," Davis said. "I love you all, and I was so surprised.

"I don’t know if I can function for the next two or three days."

Winn-Dixie parent company Southeastern Grocers helped throw the Oct. 29 birthday bash for its most senior employee, the TV station reports. Not long after her husband died in 2001, the 81-year-old Davis put in a job application at the store.

She's been there ever since, now working 20 hours a week checking the dates on products.

Davis has lived quite the life, serving in the Army during World War II and earning a degree in fashion from New York University. The TV station reports she became a model and traveled the world before "retiring" in 1982.

"They’re going to have to push me out," she joked.