A South Carolina woman heard knocking at her door and opened it to an unexpected guest. 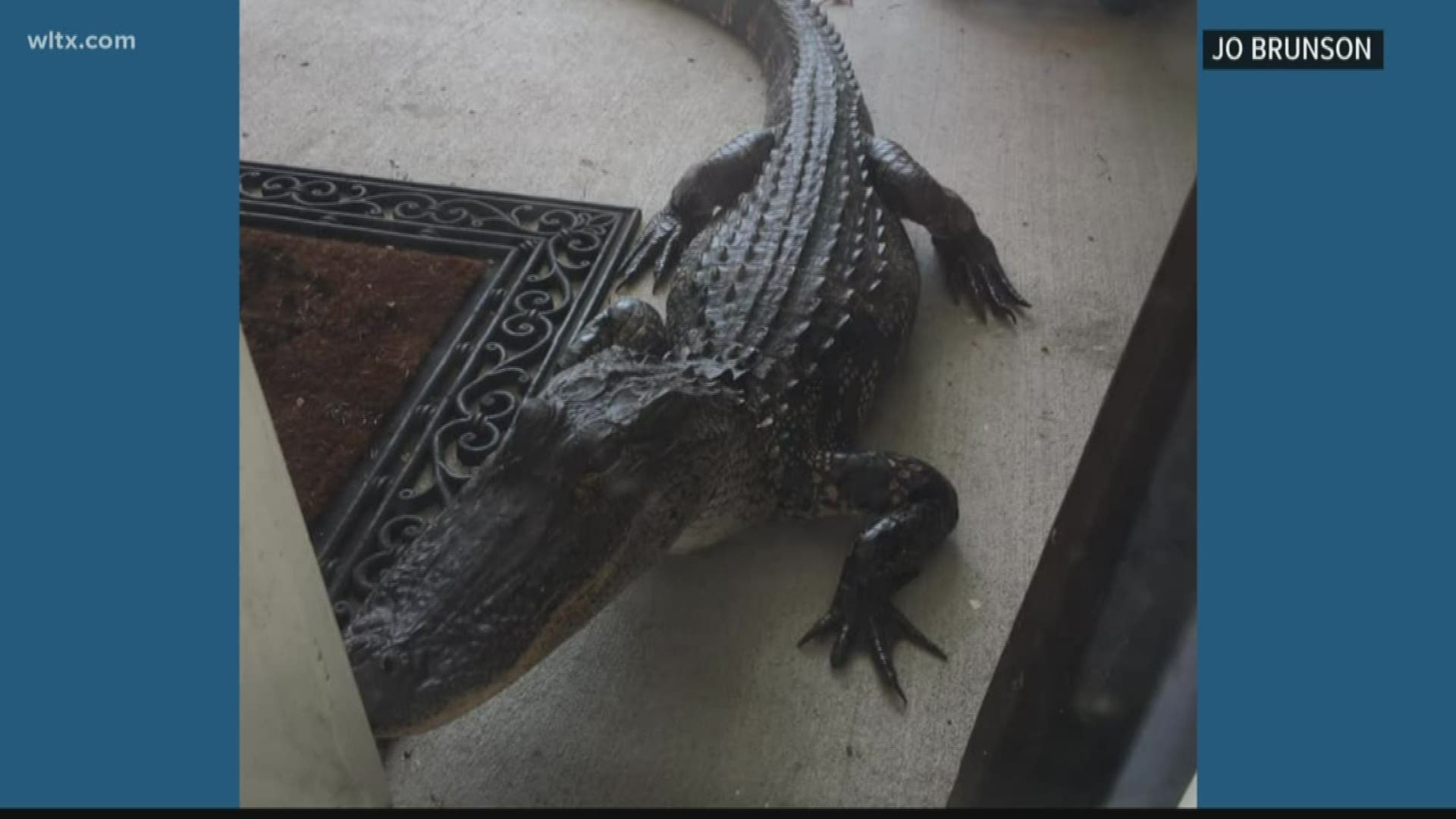 HILTON HEAD ISLAND, S.C. — A woman heard knocking at her door and opened it to an unlikely visitor.

An alligator greeted Jo Brunson at her front door on Wednesday afternoon.

Brunson said when she heard a loud knocking at her door she initially ignored it, but then decided to open the door, expecting someone from UPS.

"I slammed the door and I said, it's an alligator!" Brunson said.

Brunson was with two of her children when the alligator showed up on her front porch. Though she said they didn't believe her at first, she opened the door and her daughter started snapping pictures of the gator.

Brunson said she lives around lagoons and often sees alligators around. 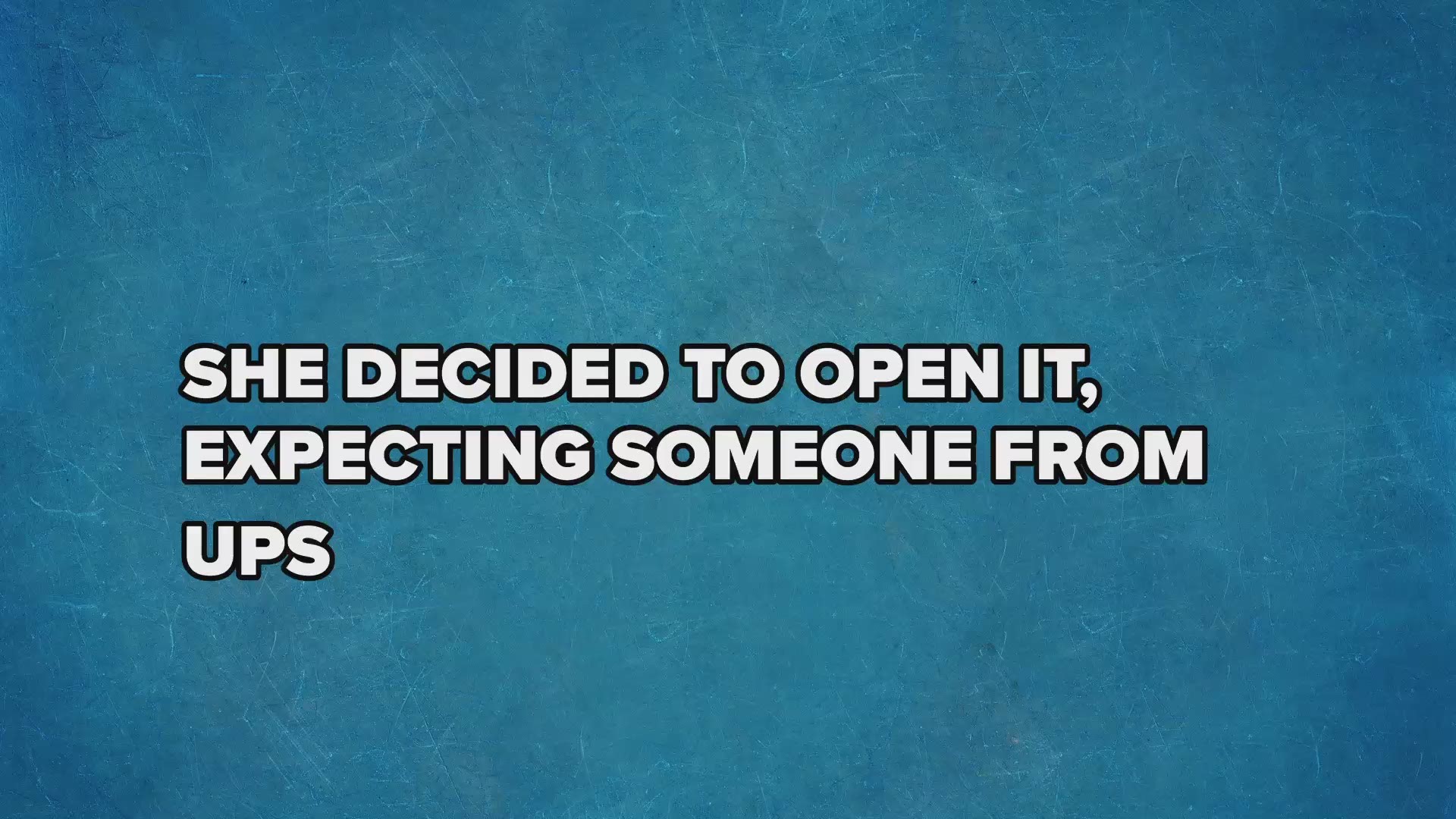 "I've never seen one at my front door," Brunson said.

The alligator stayed there for almost an hour, eventually making it's way near the garage.

Brunson called 911 and got a number for someone they said could help get the unwanted guest off her porch.

"He asked me, 'Was he trying to see you shoes?'" Brunson laughed.

Brunson said the alligator eventually left, and was around 7 or 8 feet long.