The restaurant fired the employee and banned the customer who reportedly made the request. 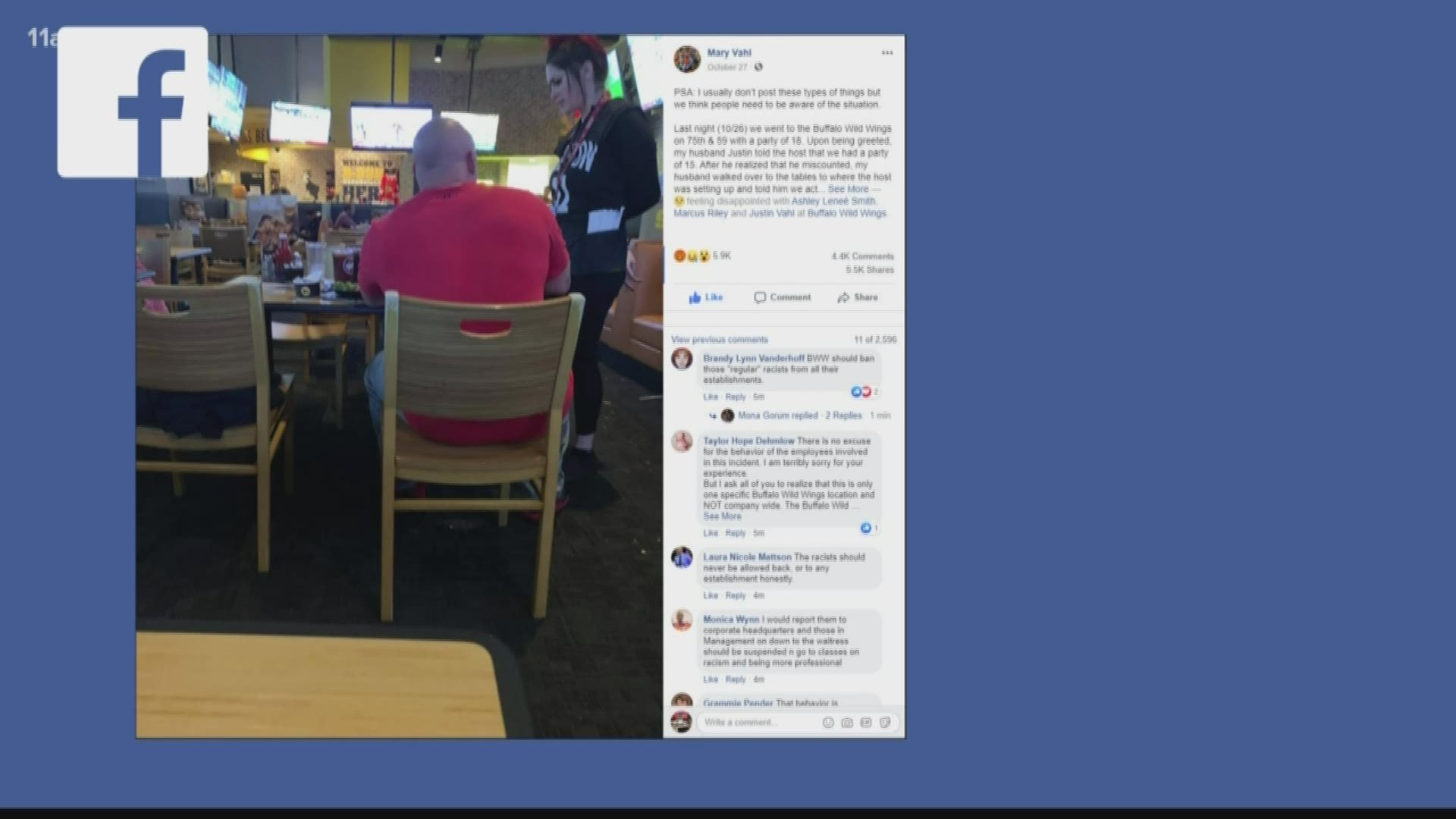 CHICAGO — A Chicago woman's Facebook post about a racist incident at a restaurant is getting a lot of attention.

Mary Vahl wrote how a Naperville, Illinois Buffalo Wild Wings employee reportedly asked her group of 18, including children, to move to another table. It came after a regular customer seated next to them reportedly said he didn't "want black people sitting near him."

Vahl wrote next to a photo of the man: "It's apparent that this staff knows these two individuals as they were playful with conversation" and "if you don't want to sit next to certain people in a public restaurant then you should probably eat dinner in the comfort of your own home."

The post had since been shared thousands of times, but now appears to have been taken down.

Buffalo Wild Wings responded to the reported incident, releasing a statement that reads: "We take this incident very seriously and after a thorough internal investigation have terminated the employees involved," as reported by the Chicago Tribune.

The restaurant said it also banned the customer who "exhibited inappropriate behavior." Meanwhile, an Illinois chapter of the NAACP said it will look into the matter.

But Rena found it suspicious that there was no video evidence, echoing some skepticism over racist accusations after a string of them have turned out to be false. So far, though, there has been nothing to suggest this incident is false.

UPDATE: Girl who accused boys of pinning, cutting her hair, said she made the story up

'You're a racist' ... 'I know I am': Chatham County Sheriff's Office worker fired over McDonald's rant