A World War II veteran from Wyoming County is coming up on a big milestone and his family is looking for some assistance to celebrate his birthday. 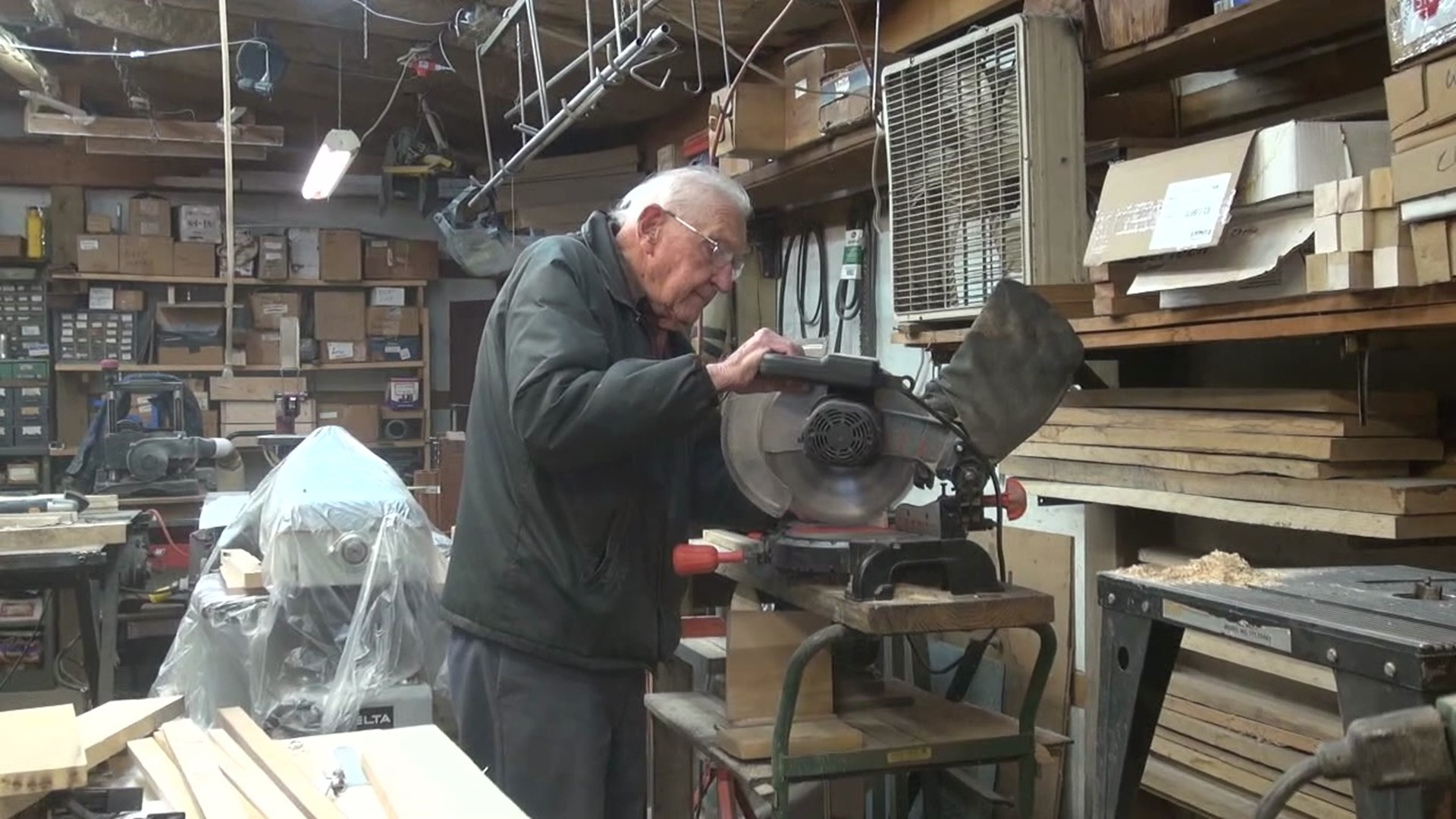 WYOMING COUNTY, Pa. — Norman Werkheiser, age 94, loves to keep his hands busy, and that's been his routine his whole life. In his workshop near Tunkhannock, he builds everything from clocks to cider presses and everything in between. Among the woodworking, Werkheiser has many stories to tell from when he served in the U.S. Army's 87th Infantry Division, the Golden Acorns, during World War II in 1944.

"It seems that was at midnight on Palm Sunday when we were going to cross the Rhine. and then, Germans knew then that the end was near for them so that probably was one of the scariest things, you know, you come across the river and people shooting at you is not very funny, but I was only 18 years old, and I was indestructible."

Werkheiser's daughter Karen Tague says he's the backbone of the family and as the patriarch prepares to celebrate his 95th birthday this weekend, his family wanted to do something special for him since they couldn't celebrate together because of COVID, so a card shower was organized asking for people to send birthday cards in the mail.

"So far, I have gotten 30 cards, and it's only been advertised for a day. I have one from Florida, one from Maryland, and they just keep coming in."

Werkheiser earned a Bronze Star for his bravery, but his humor is just as entertaining as his war stories. He has already opened a few cards but says something was missing from them.

"I think that's a good idea. Yeah, but they don't put any money in them."

To this day, Werkheiser, although retired for many years, still gets up and goes to work in his workshop five days a week. Busy hands have helped keep his mind sharp, and he says he's looking forward to celebrating another year. He offered some friendly advice on how to live this long.

"The only one thing I can think of is just don't die. Just being able to get them. when you quit getting birthdays, you know, that gets pretty serious."