A person died after a car went under an Amazon Prime tractor trailer on I-95 South near Lorton Road in Virginia Wednesday morning. 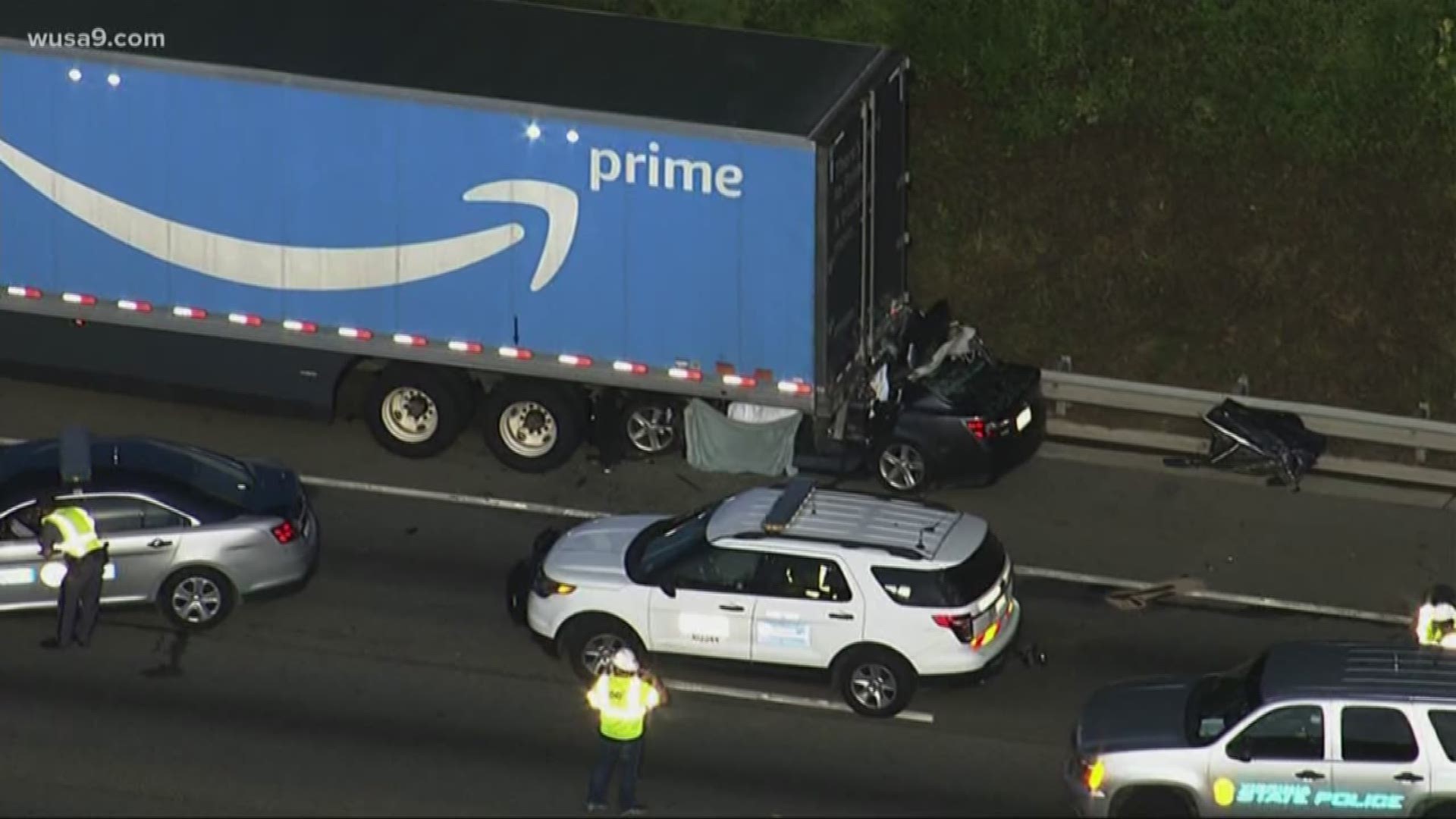 FAIRFAX COUNTY, Va. — A person died after a car went under an Amazon Prime tractor trailer on I-95 South near Lorton Road in Virginia Wednesday morning.

Around 7 a.m., officials said the tractor trailer was stopped on the shoulder when a Toyota Corolla ran off the the highway and into back of the truck.

The driver of the Toyota died at the scene. Officials are in the process of telling the victim's family members.

The cause of the crash remains under investigation.

The ramp from Lorton Road to I-95 southbound is also closed. Police will be conducting intermittent 15 minute total stoppages.

WUSA9 Investigative Reporter Eric Flack has done a series of stories about accidents involving underriding. That's when a car goes underneath of a tractor trailer during a crash. 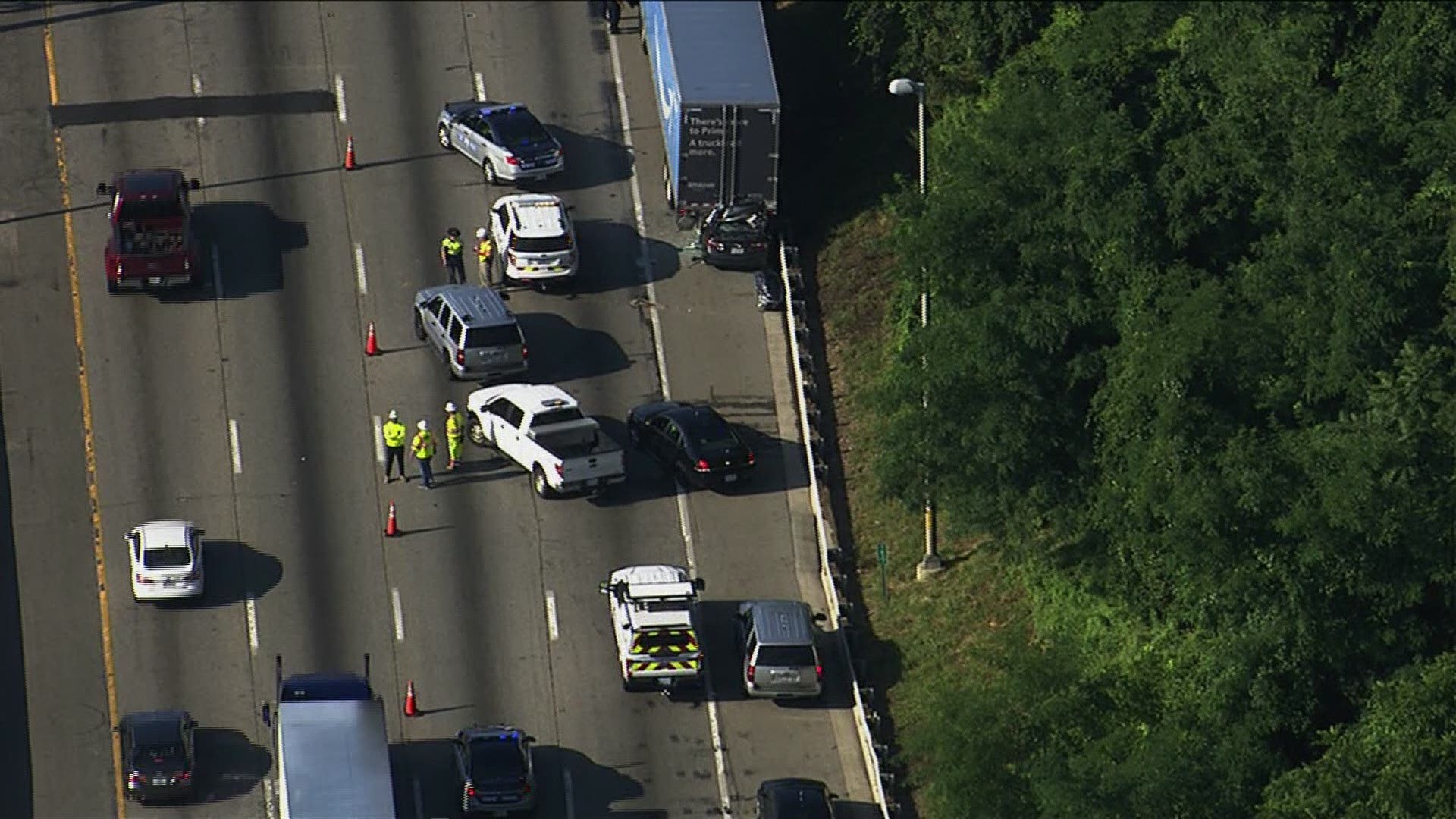 While not required by law, some newer tractor trailers do come equipped with rear guards that meet the stronger standards safety advocates are pushing for because they would prevent underride accidents.

It is unclear at this point whether the tractor trailer involved in Wednesday's accident had the stronger guard.