Allen was a Georgia Army National Guard soldier serving in Afghanistan who was helping look for Bowe Bergdahl when he was shot. 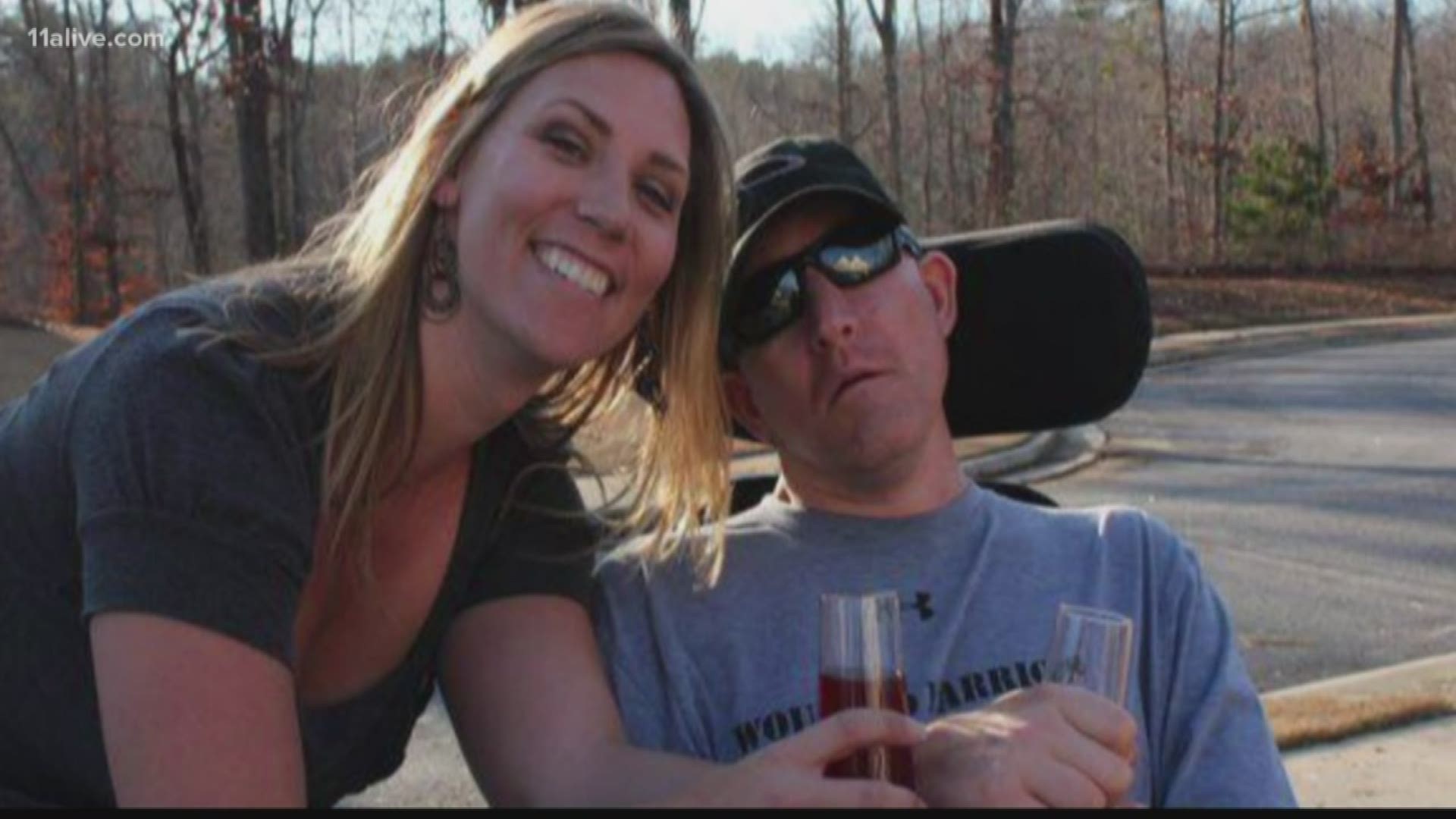 ATLANTA — Retired Army Master Sgt. Mark Allen has died, 10 years after he was shot and paralyzed during a search for Army deserter Bowe Bergdahl in Afghanistan.

Bergdahl walked off his post in Paktika Province in 2009. A significant search effort followed. Several soldiers were wounded during the search.

Allen, a Georgia Army National Guard soldier from Loganville, was shot in the head by an enemy sniper, leaving him unable to speak or walk for the rest of his life.

RELATED: Impact of Metro Atlanta soldier shot while looking for Bergdahl could weigh in sentencing

In a tweet on Monday, Gov. Brian Kemp called Allen a "true American hero who will be missed by our entire country."

The governor wrote he, his wife and daughters "extend our thoughts and prayers to his loved ones."

The Walton Tribune reports that services for Allen will be held at 11 a.m. on Friday at the First Baptist Church of Snellville. There will also be a visitation on Thursday from 4-8 p.m. at Tim Stewart Funeral Home.

Allen's wife, Shannon Allen, wrote in a 2017 Facebook post that her "world was turned upside down" after the attack on her husband.

"While that single bullet didn't claim his life, it claimed every single aspect of it," she wrote. "He was robbed of his ability to speak, to walk, to take care of himself. Our kids were robbed of an active father, an amazing father, in their lives. I was robbed of the future I thought I'd have with my soulmate, the most amazing, hilarious, loud, obnoxious and loving man I've ever met."

Bergdahl was released to the U.S. military in a prisoner exchange in 2014. In 2017, he pleaded guilty to desertion and misbehavior before the enemy. Facing a potential life sentence, a military judge did not sentence him to any prison time - giving him a dishonorable discharge and reduction in rank.

In sentencing testimony, Lt. Cl. John Marx described the effort to get Allen to safety after he was shot.

“That was probably one of the hardest things I’ve ever had to do, getting Sergeant Allen on that chopper,” Marx said. “It was hot, we were dehydrated, and just carrying his limp body - it was tough.”

Shannon Allen also gave testimony, tearfully described the devastating effect the shooting of her husband had on her family.

She spoke of how they were married in 2006, and she showed photographs of him. She said he had been an outgoing, happy, vibrant man, and active in their children's lives.

But after Allen was shot, he required more than a dozen surgeries and doctors had to remove part of his brain.

"We can't even hold hands anymore unless I pry open his hand and place mine in there," Sharon Allen said. "He's lost me as a wife. Essentially, instead of being his wife, I'm his caregiver."