The Acting Secretary of the Navy made the announcement in a press briefing Thursday evening. 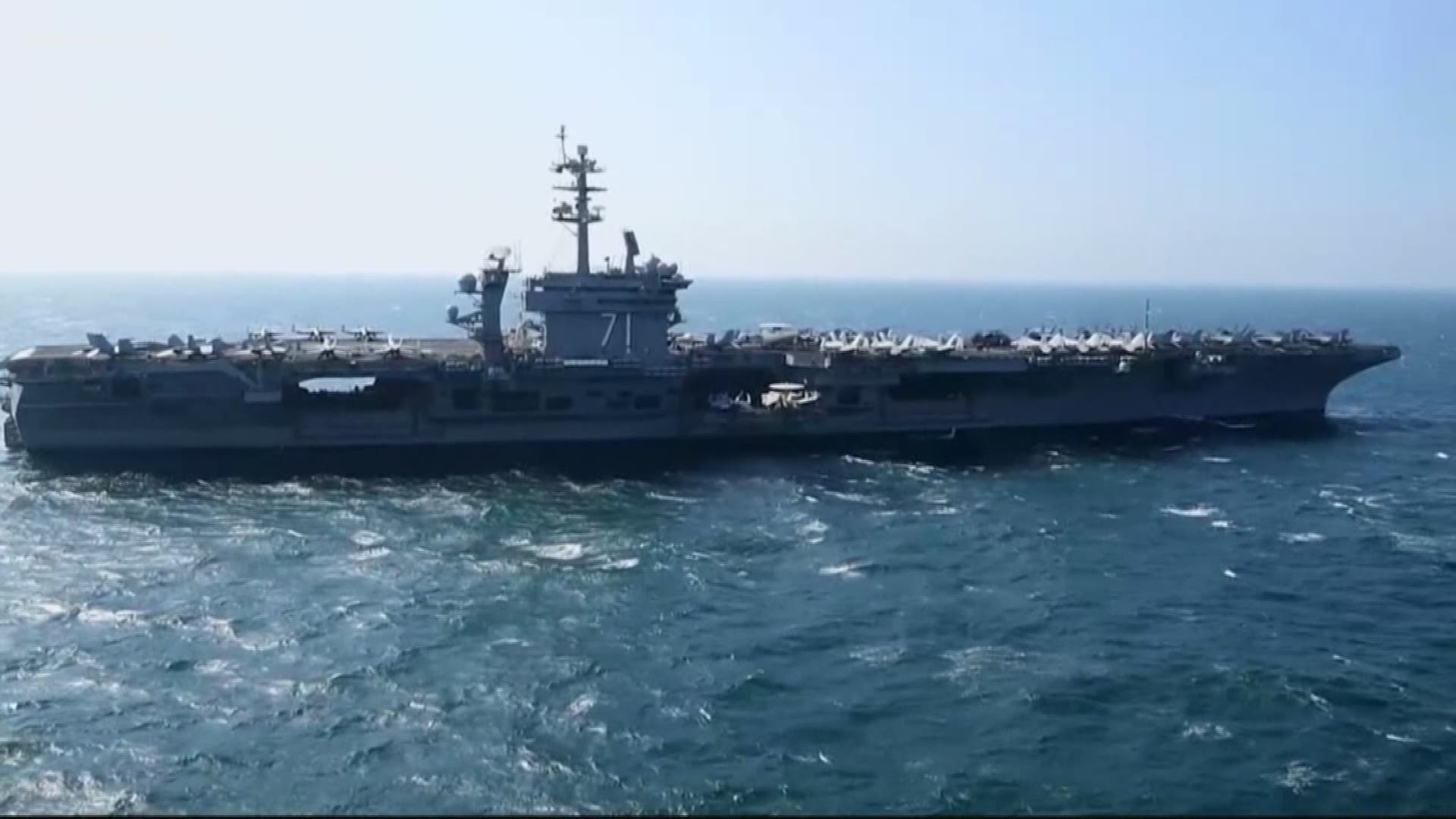 WASHINGTON — The Acting Secretary of the Navy has removed the Captain of the U.S.S. Theodore Roosevelt, after a letter he wrote pleading for help with a COVID-19 outbreak became public.

Modly believes there are ramifications for actions like Crozier’s letter.

"To allow those emotions to color our judgment at best creates unnecessary confusion, at worst paints an incomplete picture of American combat readiness," he said. "Command is a sacred trust that must be continually earned… …We do and we should expect more from commanding officers of our aircraft carriers."

Modly said Capt. Crozier’s letter unnecessarily raised alarms with the families of Sailors and Marines and undermined the chain of command, who Modly maintained had been moving as rapidly as possible to get the ship the help it needed.

The Secretary asserted the decision was not retribution.

Reporters asked if the decision to remove Crozier will have a chilling effect on other commanders, who might want to speak up in these situations. Modly responded he hopes this will reinforce there is a way of dealing with this.

Modly said Crozier copied "20 or 30 people" on his letter, which he said did not take care of who the information could go to.

"While Captain Crozier clearly went outside the chain of command, his dismissal at this critical moment – as the Sailors aboard the U.S.S. Theodore Roosevelt are confronted with the COVID-19 pandemic – is a destabilizing move that will likely put our service members at greater risk and jeopardize our fleet’s readiness.

The COVID pandemic presents a set of new challenges and there is much we still do not know. Captain Crozier was justifiably concerned about the health and safety of his crew, but he did not handle the immense pressure appropriately. However, relieving him of his command is an overreaction.

Throwing the commanding officer overboard without a thorough investigation is not going to solve the growing crisis aboard the U.S.S. Theodore Roosevelt. What’s more, we are very concerned about the chilling effect this dismissal will have on commanders throughout the Department of Defense. Dismissing a commanding officer for speaking out on issues critical to the safety of those under their command discourages others from raising similar concerns.

We are also concerned about the lack of guidance from Department of Defense leadership. Secretary Esper continues to say that commanders and non-commissioned officers should be calling the shots, forcing them to make decisions on matters outside of their expertise while under immense pressure.

As the crew continues to grapple with this health crisis, the Navy should be focused first and foremost on the safety of our service members. Once they are secured, there will be ample time to identify what went wrong and who is to blame."