An Indianapolis hairdresser recently made a historic discovery at Goodwill. 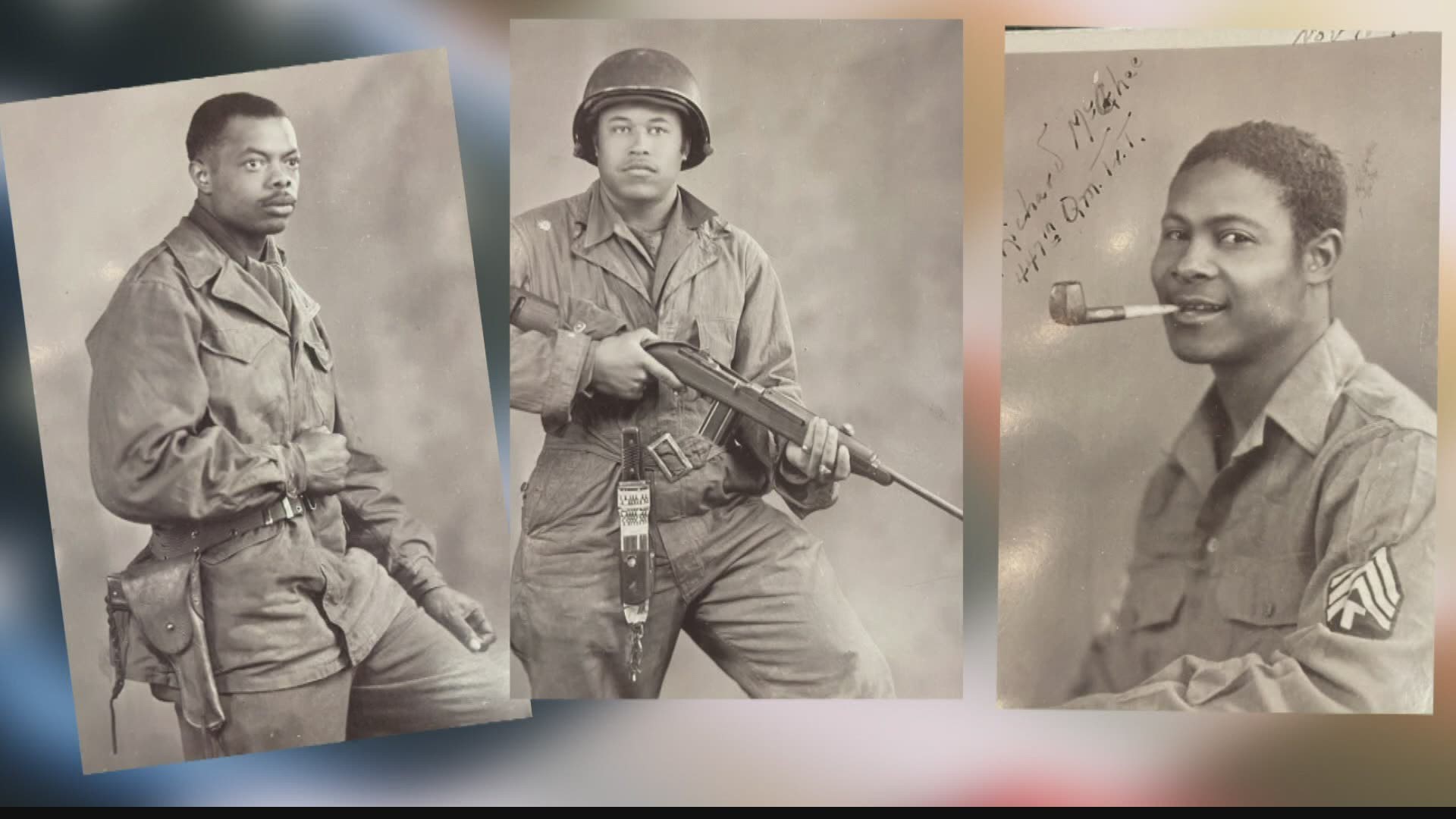 INDIANAPOLIS — An Indianapolis hairdresser, whose hobby is looking for treasures at Goodwill, made quite the discovery recently.

Karen DeHoney found a stack of photos of WWII soldiers in a bin at the Goodwill Outlet on Emerson Ave. in Greenwood.

There are 16 pictures in total.

All of the military men are African American and a few of the photos have names and dates scrawled on the back.

It's not clear who donated the photos, who all of the soldiers are or where they're from.

DeHoney bought the pictures for about 30 cents, but said what they contain is priceless.

They've created a lot of conversation at the hair salon. Clients like Vietnam veteran Mike Ney are helping her search for clues.

"You know those two of 'em it looks like they have 45s," DeHoney's client Mike Ney said. Ney is a Vietnam veteran. "They usually would be in some kind of leadership position. And they're smiling and young, but you can tell they've been through life."

Photos of Black soldiers during WWII

She and her coworkers are also reflecting on what these soldiers went through to fight for freedom in the 1940s.

"And these men, even though they weren't allowed to drink at the same water fountain and had to go in back doors, they still decided to stand up for this country that they were oppressed in," hairstylist Amanda Hampton said. "It makes my heart overflow with gratefulness and thankfulness for what those men did for us.

RELATED: Owner of photo collection discovered at Connersville Goodwill has been found

DeHoney would love to find the men's families in case these were accidentally discarded, so loved ones can have remembrances of their heroes.

It's not the first time this hobby has found a patriot's picture for the DeHoneys.

In fact, last year DeHoney's sister, Donna, found military photos at another Goodwill. After sharing the story with 13News, the photos were reunited with the families.

It's a mission they hope to accomplish again, to honor American heroes.

"To me this is history," DeHoney said. "This is the real deal. And this is integrity. Good men, you can just tell. They're good men."

13News also reached out to the Indiana National Guard and shared the photos with them as well. They have military historians on the case.