Dozens of cars drove past George Alexander's Winnsboro home to celebrate the veteran who served in World War II, Korean, and the Vietnam war. 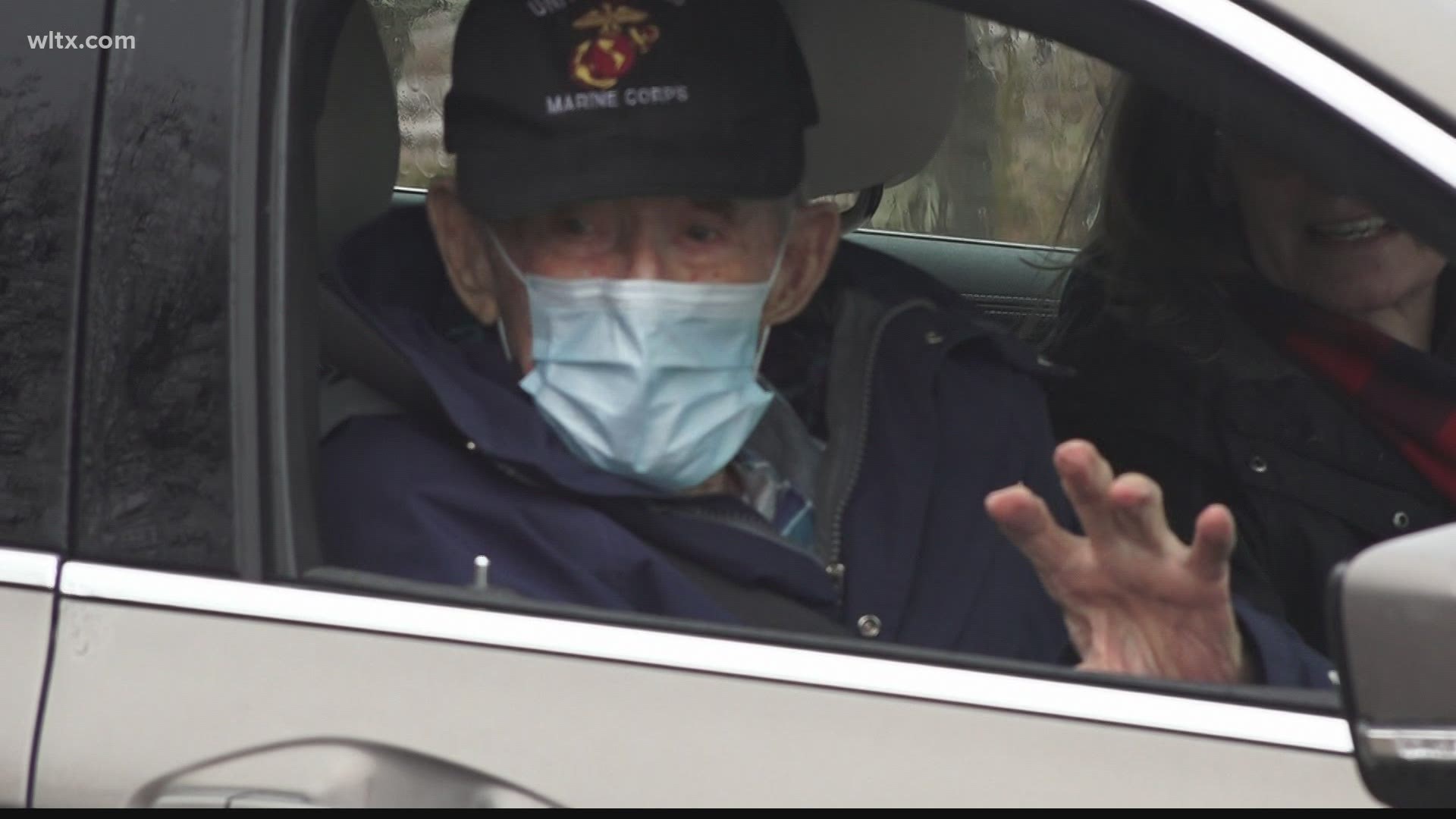 WINNSBORO, S.C. — A veteran of three wars and 100 birthdays was celebrated in Winnsboro Sunday afternoon.

Because of COVID and safety precautions, a drive-thru celebration, all the rage in these pandemic days, helped to honor Winnsboro native George Alexander.

Alexander, a World War II, Korean, and Vietnam War veteran was turning 100 and his family wanted everyone to be able to celebrate.

"It's an honor for us that the folks in our community and country are coming together for a World War II, Korea, and Vietnam veteran," said his son Carlos Alexander.

Dozens of cars drove past Alexander's Winnsboro home, many honking to wish him a happy birthday.

Alexander sat safely in a vehicle of his own and waved back to fellow veterans, first responders, and loved ones.

Carlo's says this is the best present his father could have asked for since the pandemic has changed his daily life.

"He hasn't been back to his church where he was a weekly member," his son said.   "He misses church, but he also missed contact with folks,'' he added.

One well-wisher, a veteran who never met Alexander, came with his family from Rock Hill for the celebration.

"You have to teach the children of today what our wars were about, why they were fighting, and how important these veterans are while they are still alive," said Norman Baney.

Alexander retired from the military in 1967 as a Master Gunnery Sergeant.

At his birthday celebration he was awarded a Certificate of Special Congressional Recognition.

Veteran Harvey Mayhill says it's unique to meet a veteran who served in all three wars.

"What makes it even special is all the people coming out in this cold weather on their time to say thank you, George, for your service to our nation and our freedom," said Mayhill.