A director was placed on administrative leave and several other staff members were moved to non-patient positions during an investigation. 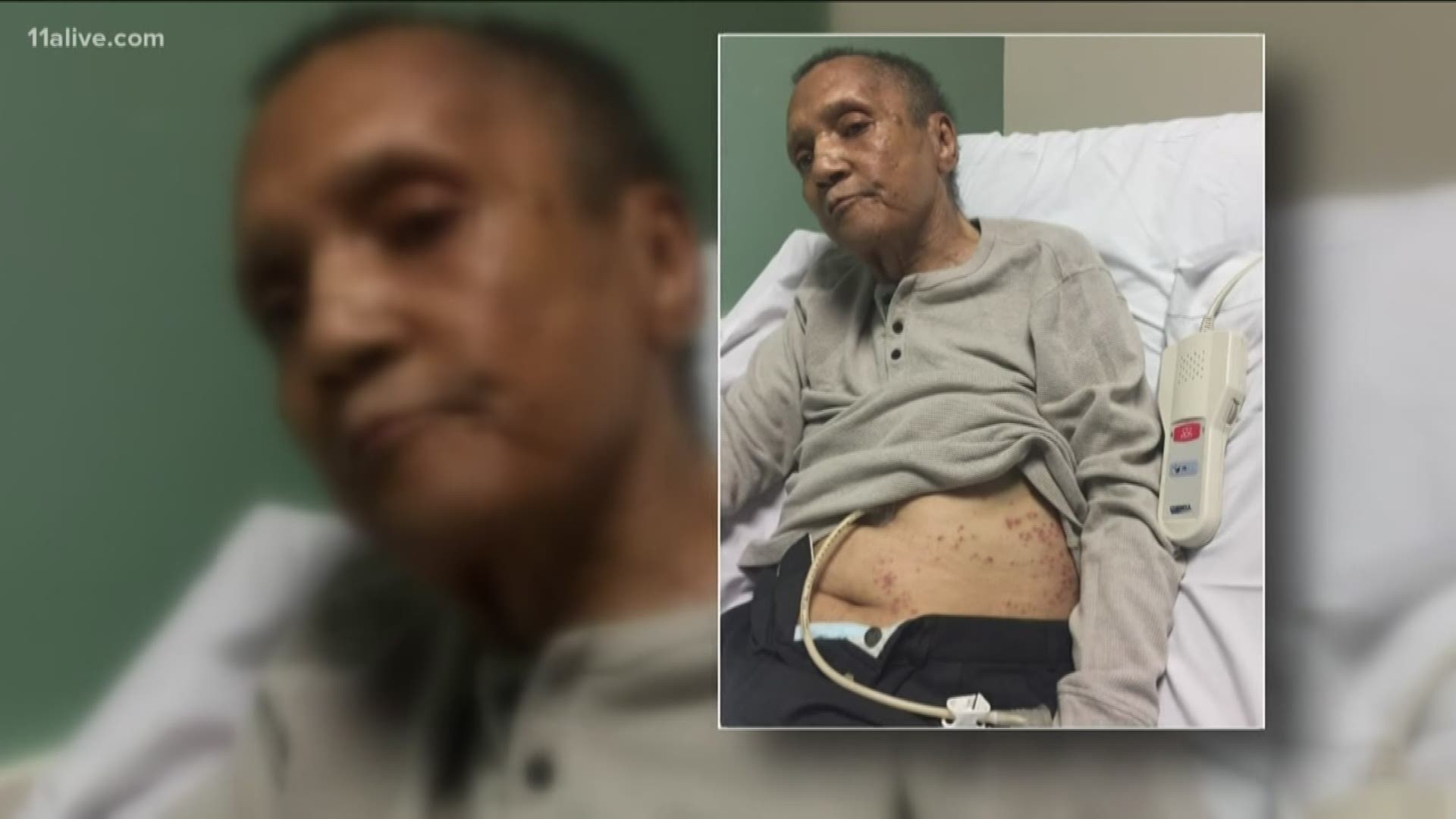 ATLANTA — Just over a week after a Vietnam veteran died of Stage 4 cancer while in the care of the VA, a major shakeup was announced on Tuesday, adding that the VA hopes to "restore trust."

The Veterans Health Administration Executive in Charge announced a number of actions he is taking in response to "recent events" at the Atlanta VA Medical Center’s Eagles’ Nest Community Living Center and "ongoing issues" at other VA facilities in that region.

Two top administrators and seven staffers were removed from their positions, effective immediately.

It's all because of what a dying veteran at a VA facility in Atlanta suffered in his final days.

The daughter of Air Force veteran Joel Marrable discovered he had been covered in ant bites in his room for at least two days. His daughter, Laquana Ross, told 11Alive News that Marrable had been at the VA facility for approximately 14 months after being diagnosed with Stage 4 cancer.

She said staff members told her they walked into Marrable's room one day to find him covered in ants, adding that they thought he was dead.  They tried to clear the room of the ants, but the ants came back the next day and covered and bit Marrable again. And he was not able to get away.

Photos taken by Ross show ant bites on his arms, back, legs, stomach, and hands.

Ross got on the phone with an on-duty administrator and was able to move him to another room after a few days. But she said he succumbed to his cancer shortly thereafter.

The VA told 11Alive last week that they "initiated a top-to-bottom review of this situation to ensure it never happens again."

The VA's regional director for three states, identified on its website as Leslie Wiggins, is out, on administrative leave. Eight others are also out. The others, including the chief medical officer in Atlanta, were moved into non-patient care positions while the investigation proceeds.

The VHA Chief of Staff, and VHA Deputy Under Secretary for Health for Operations and Management were in Atlanta this week working with Atlanta VA Health Care System’s new Director Ann Brown to conduct an onsite review of Eagles’ Nest CLC’s operations to ensure it has the right leaders and staff in place to provide the highest quality health care and services possible.

“What happened at Eagles’ Nest was unacceptable, and we want to ensure that Veterans and families know we are determined to restore their trust in the facility,” said VHA Executive in Charge Dr. Richard Stone Tuesday. “Transparency and accountability are key principles at VA, and they will guide our efforts in this regard.”

Senator Johnny Isakson expressed his outrage in a statement last week saying, in part, "I am shocked, horrified and downright maddened by the news that a veteran under the care of the VA was treated so poorly and without any regard for his wellbeing."