A few of his secrets to good health: Smoking a cigar everyday, having an occasional whiskey and surrounding himself with good friends. 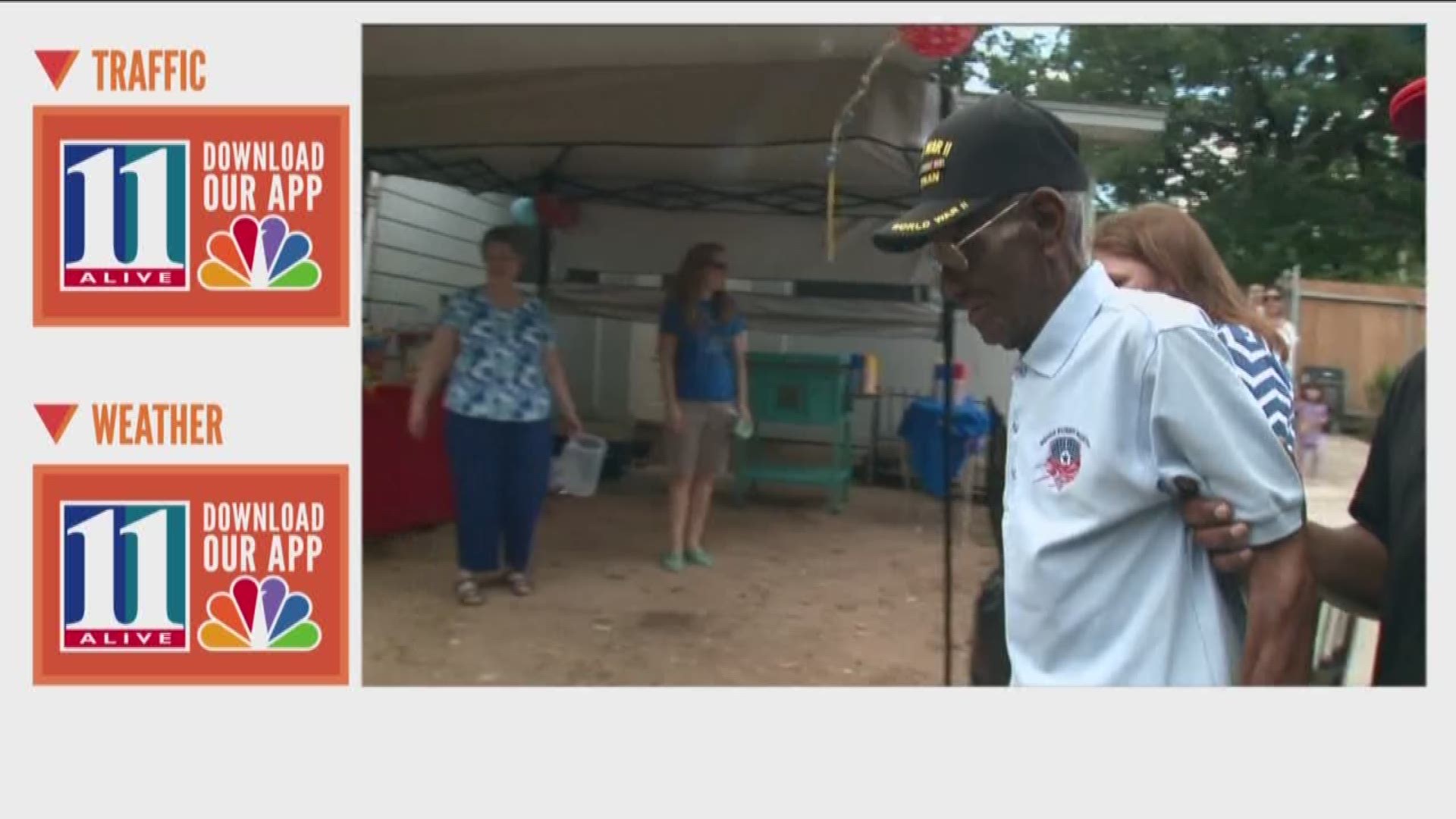 Overton was born May 11, 1906, and lives in the same home he purchased after his service in World War II. He joined the military in 1942 and served in the Pacific as part of the 1887th Engineer Aviation Battalion.

Earlier this year, more than $169,000 was raised in a GoFundMe campaign to provide Overton with around-the-clock in-home care. His third cousin, Volma Overton Jr., began the campaign after it was feared that Overton would be forced to moved to an assisted living facility.

Overton said he has used the money to hire an in-home senior care provider to provide 24-7 support.

Each year, Overton's birthday has attracted worldwide attention -- much to the surprise of the veteran.

In 2016, around two dozen people gathered at his East Austin home to wish the supercentarian a happy birthday. Some took pictures or selfies with Mr. Overton.

A few of Overton's secrets to good health: Smoking a cigar everyday, having an occasional whiskey and surrounding himself with good friends.

"I can smoke a cigar and be happy... I've been smoking them since I was 18-years-old," said Overton.

Plans for his 111th birthday celebration are not yet known

Overton has been alive through 18 U.S. presidents, including Teddy Roosevelt who was in office when he was born. Speaking of Roosevelt, just a few months after Richard was born, President Roosevelt proclaimed Devils Tower, Wyoming as the U.S.' first national monument. Roosevelt also took the first trip by president outside of the U.S. in 1906.

And some things that weren't around when Richard was born in 1906: