The Flatiron School at WeWork’s Colony Square location provides scholarships to women and minorities to help change the face of the tech world. 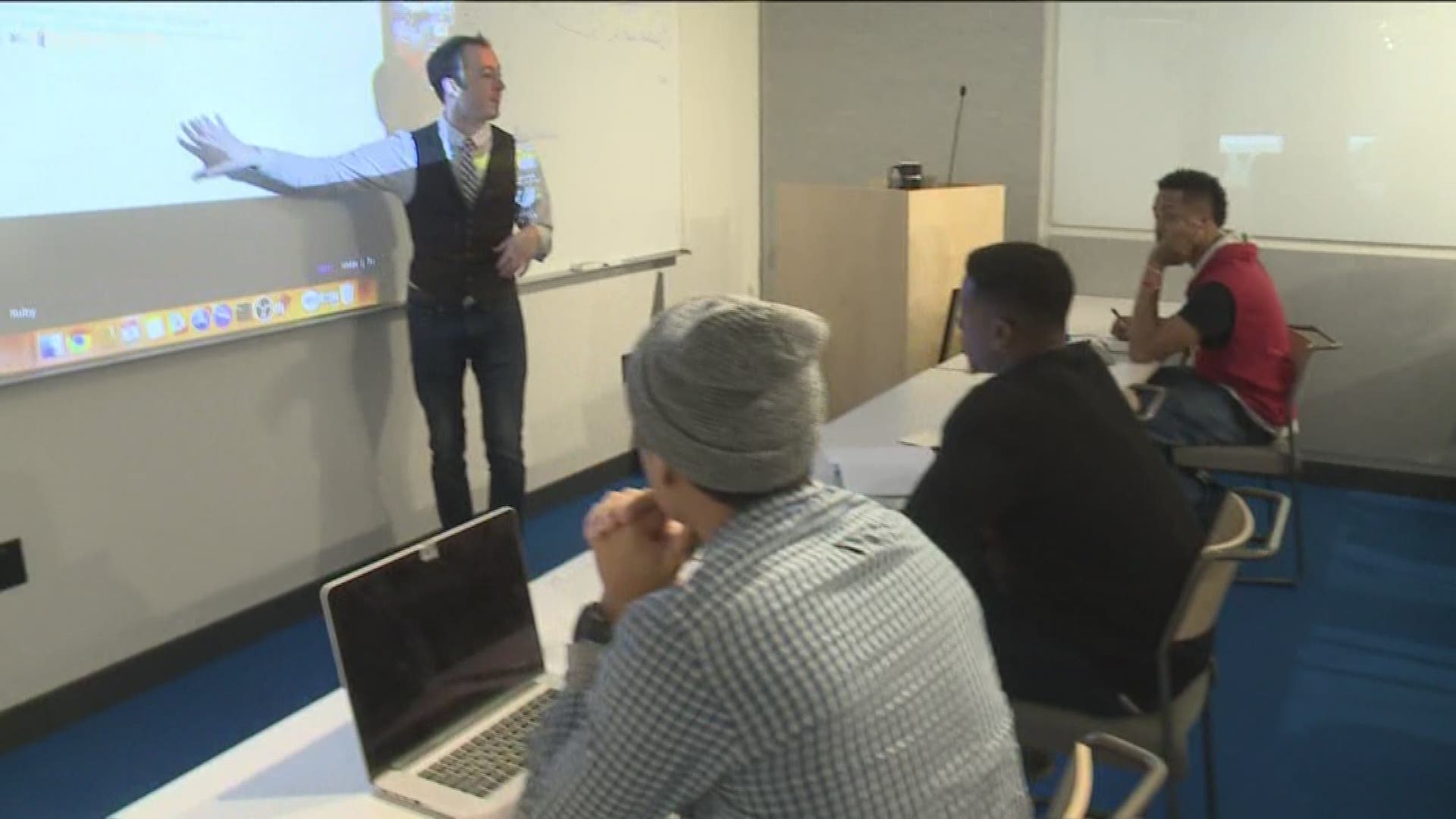 Opening doors to the complicated world of coding is the mission of the Flatiron School.

The class includes a bartender, an environmental attorney and a financial analyst.

"This summer, I kinda started thinking I wanted to make a transition from doing finance," said Kwam Amissah, a Howard University graduate.

He's ready to help change the face of the tech industry.

"I have seen that there are not a lot of people who like me," Amissah added.

He earned a full scholarship here as part of the Flatiron School's devotion to diversity.

"The goal is to equip women and minorities with the opportunities to be represented in tech," said Tammy Carson, Flatiron's campus director. "We want them to be themselves, be who they are and equip them with the skills they need to launch a successful career."

The Flatiron School started in New York City in 2012.

It's had so much success that the coding boot camp comes with a money-back guarantee for graduates.

If they don't get a tech job within six months of graduation, they can get their money back.

Graduates have worked at top-tier companies like BuzzFeed, Yahoo, and Spotify.

"It's very fast-paced, and it's probably one of the hardest things they'll ever have to go through," Carson explained. "But it's rewarding in the end."

The application process is rigorous and includes an initial interview and a technical interview.

The Atlanta campus will begin to form new classes every three weeks for the 15-week program, and the jobs are waiting.

Right now, the Atlanta area has 160 job openings for software engineers, according to the Technology Association of Georgia.

"I actually enjoy coming here every day," Amissah said. "So far, so good."

The Flatiron School has an online program as well, and Atlanta is already home to many graduates.

They work as software engineers for companies such as Algolia and Calendly.

WeWork acquired Flatiron School in late 2017 which has provided the school the opportunity to open campuses at select WeWork locations around the world.

The Atlanta location will be its fifth location outside of its NYC headquarters, and first location in the Southeast.