The summer of 1985 changed everything for the characters in the Netflix series, “Stranger Things.” It was also the year everyone was drinking New Coke. 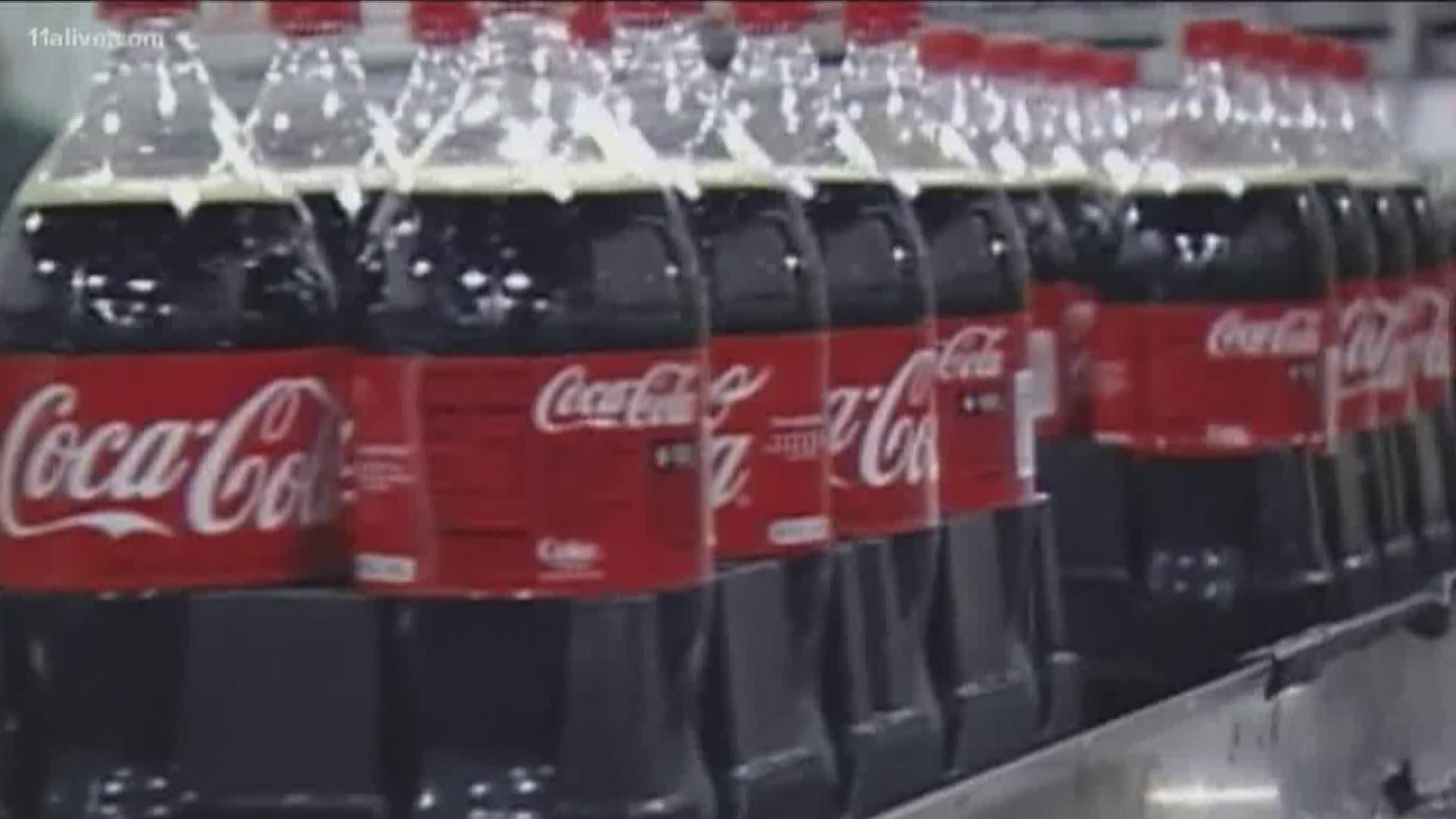 ATLANTA — Coca-Cola is taking fans back to 1985 in honor of season three of “Stranger Things," which returns to Netflix on July 4 – by re-releasing its controversial ‘New Coke.’

New Coke didn’t sit well with fans – who reacted so poorly to the product that it was pulled from shelves months after it was released. Coca-Cola admits that the branding strategy didn’t connect with audiences – partially because Coke struggled to find out how to describe its taste.

“No one could really come up with a really good definition of what the difference in the taste was, said Harold Burson, the co-founder of what today is one of the largest public relations firms in the world, Burson-Marsteller, in an interview with Coca-Cola.

Some fans said it was “sweeter” than traditional Coke. They also did not like the branding. What followed was a landslide of letters, phone calls and protests.

Credit: Coca-Cola Company
New Coke cans roll off a production line near Atlanta earlier this month. On Thursday May 23, Coca-Cola will release a limited number of New Coke cans online as part of a partnership with the hit Netflix show "Stranger Things."

“Stranger Things” creators Ross and Matt Duffers came up with the idea to put New Coke in the show as a kind of promotion, according to CNN. The drink will also be available this summer for a limited promotional run, Coca-Cola said in a release.

“In a world of shifting media consumption, we continue to challenge ourselves to find creative and meaningful ways to participate in non-advertising platforms like Netflix to engage with the millions of fans who subscribe to streaming content services,” said Geoff Cottrill, senior vice president of strategic marketing, Coca-Cola North America. “We’re excited to partner with Netflix and play a key role in recreating the summer of 1985 in a uniquely Coca-Cola way.”

The Duffer Brothers are “longtime” Coke fans, they told The New York Times, stating that they wanted to capture the culture of 1985, stating in a joint email that you cant image 1985 without New Coke and it would be “bizarre” not to include it.

Moviegoers will also get a chance to see the Coke-Netflix partnership in action, with a first-ever advertisement for New Coke, directed by the Duffer Brothers. The ad will run online and in select theaters starting May 24, featuring “Stranger Things” characters drinking New Coke in a movie theater.

New Coke is returning to shelves May 23, at 5 p.m. EST. A limited number of 12 ounce cans will be released with the same recipe from 1985, as part of a bundle that includes two New Coke cans along with a limited-edeition and numbered Stranger Things / Coca-Cola and Coke Zero Sugar 8-ounce glass bottles.

Fans who buy a ticket to World of Coca-Cola in Atlanta will get the chance to try New Coke as well, while supplies last.

The “sip & scan” icons on the cans unlock chances to win a variety of Stranger Things experiences as part of the “Enjoy Coca-Cola” summer campaign.