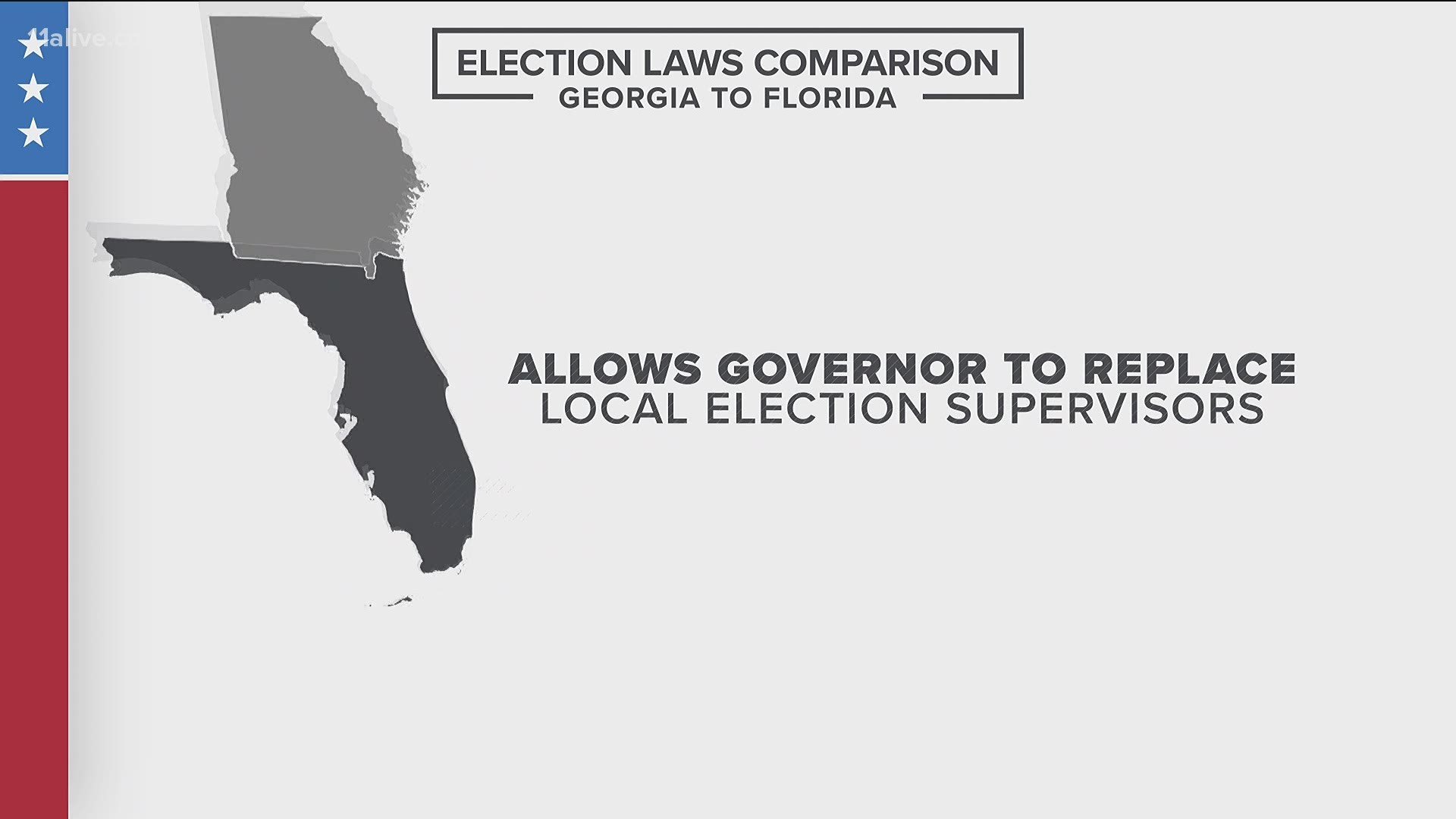 ATLANTA — Critics of Georgia’s new election law say there’s danger in a provision allowing the state to take over local election offices. It would let the state replace local officials in Democratic counties with Republicans. Florida does this already.

The election bill, SB202 puts notice on the election offices of all 159 counties that can be taken over by the state because of “nonfeasance, malfeasance or gross negligence in administration of two elections within a two year period.”

Critics spotlighted it repeatedly before the law passed the legislature. "To me, that means that the county election officer is going to be beholden to the majority party than to voters or the election process," said Cindy Battles of Common Cause Georgia to the Senate Ethics committee on March 22.

Yet, this is not unique to Georgia. Florida allows the governor to replace elected local election supervisors.

After the 2018 election, in Palm Beach and Broward Counties, Republican Governors Rick Scott and Ron DiSantis did just that - replaced Democrats with Republicans.

The center is critical of Georgia’s new election law, yet still lists Georgia among the top states for voter access.

Becker said the newly-named Florida Republicans in those two counties actually ran competent elections in 2020, which gave some hope to critics of Georgia’s new law.

"As with a lot of these provisions, I think there’s always an opportunity for abuse. This could be done badly. And we need to remain vigilant about these things," Becker said during a conference call with reporters last week. "But just because they could be abused doesn’t mean they will be abused."

Unlike Florida, Georgia’s new law actually requires hearings and votes by the Republican-led state election board before a local election official can be replaced.