New Orleans baby healed after doctors gave him hours to live, is it a miracle? 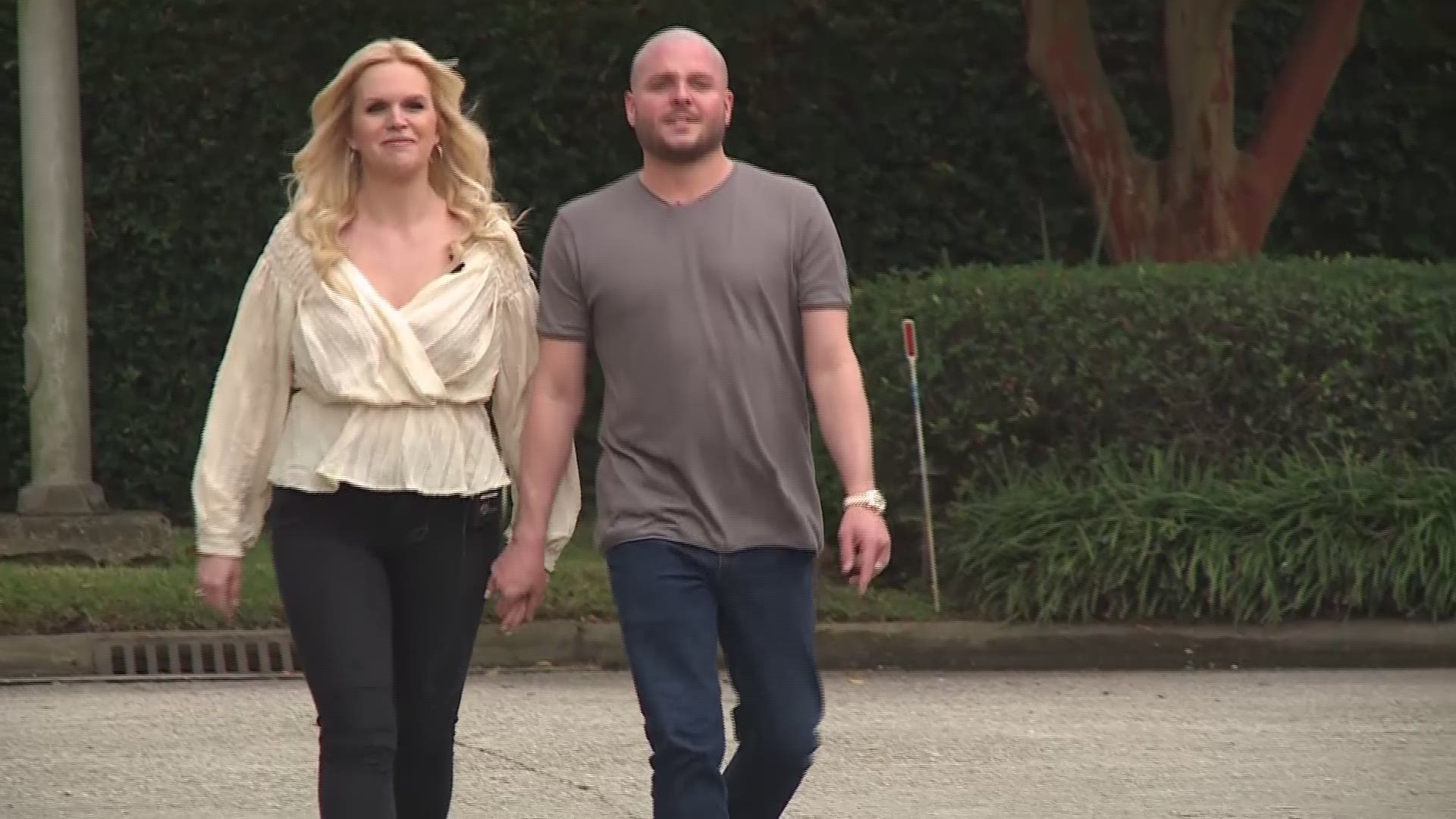 NEW ORLEANS — This is a story of a young couple's journey through love, loss and an inexplicable shift of fate -- one born on Mardi Gras Day when Michelle and Brandon Coyle's firstborn arrived three weeks early.

Swaddled in wonder, it's a tapestry woven, in part, by a nurse who offered a bedside baptism, a judge who visited in the middle-of-the-night and now a priest who reports directly to Rome.  It's a mystery we unravel thread by thread, every high and low braided into the most emotional twists.

From day one, Michelle and Brandon always wanted a family.  Married in 2015, Michelle got pregnant a year later to her husband's shock and delight. He recalled a gift she sent him.

The newlyweds were elated until the first doctor's visit.

"That's when we realized the pregnancy wasn't viable," Michelle said, explaining that she had miscarried.

Perhaps that's why, after the couple conceived a third time, a pregnant Michelle literally jumped for joy when they learned they were having a son, Carson Joseph Coyle, named after his grandpa.

Life seemed to be turning around. The pregnancy was wonderfully unremarkable -- no problems, no surprises until, of course, Michelle went into labor unexpectedly Mardi Gras morning.

Brandon remembers calling their friends, "Everyone was like OMG, you? You're going to have it today?!"

But that excitement quickly gave way to concern when after hours of pushing, the baby barely moved.  More staff came into the delivery room.  The couple was told the baby was too high and Michelle's hips were too narrow.  Instead of a C-section, they said the doctor performed a vacuum-assisted delivery.

"He was pretty lifeless," Michelle recalled. "He was lifeless."

"His feet were purple and blue," Brandon added.

A team of NICU nurses and doctors rushed into the room.  They put a tube down his throat and wires in his belly. But the good news, that Carson would live, was quickly followed by a shocking prediction: Moderate to severe neurological damage.

Brandon said the doctor predicted, "a child with mental retardation or cerebral palsy."

And as Brandon and Michelle listened in disbelief, the doctor added something else.

"She did make the comment he had a little bleeding around his brain, however, that would subside," Michelle said.

But with every passing hour, the opposite happened. Born at six pounds the night before, he now weighed eight.  His eyes and ears had had swollen shut while the rest of his body shut down.

"My immediate reaction was to ask if my baby was dying and she said, 'Unfortunately it does seem to be looking that way, to please call your immediate family,'" Michelle said.

Given just hours to live, a NICU nurse offered to baptize Carson then and there, and that's when his mother really realized the gravity of the situation.

A relative started a prayer line and a stranger showed up in the middle of the night.  It was Judge Dennis Waldron.  He brought with him a crucifix, but not his own, one he usually borrows only in the most dire of circumstances.

Placing it on baby Carson, the couple said his prayer was short and comforting, but there was nothing to suggest anything extraordinary had happened.  Until the next day.

Carson's color returned, he started breathing on his own, even eating. He wasn't just surviving; he was thriving!  And the neurological damage the doctor predicted at birth? An MRI proved that had changed, too.

Fourteen days after Carson was given hours to live, he went home.  And that's where he's been ever since.

Follow up tests last month confirmed no evidence of damage and all signs of a happy, healthy baby boy.  But how was that possible? How could he go from the brink of death to a full recovery with no trace of trauma?  His parents believe it was the power of prayer, and specific prayers at that.

Remember that judge who visited in middle of the night?  It turns out he was a volunteer with the Seelos Center named after a New Orleans priest now on the path to sainthood.  And that cross he placed on baby Carson?  It was the very one Fr. Francis Xavier Seelos used back in the 1800's.  The family knew Fr. Seelos had already been credited with one miracle and they wondered --could he be responsible for another?

The parents' testimony was shared with the Seelos Center and caught the attention of Fr. Gil Enderle.  He had just arrived in New Orleans when his superior gave him a new task "to officially dedicate full time to whatever you can do to promote the cause of sainthood for Father Seelos."

As Vice-Postulator for the Seelos Cause, he reports directly to Rome.

Was Fr. Gil's life about to come full circle?  After all, the last time he lived here, back in the 60's, he witnessed Fr. Seelos' first miracle--Angela Boudreaux.

The New Orleans mother had been given three weeks to live, but after praying to Fr. Seelos for help, her cancer vanished.  That case 53 years ago put Fr. Seelos on the path to sainthood.  To be canonized would require one more miracle.

"So we have to say we have an unexplainable cure," Fr. Gil explained.

Baby Carson seemed to almost fall into his lap -- or at least his arms.  On the day of our interview, he met Carson for the first time.

Fr. Gil held Carson as his parents shared their story.

"In my eyes, a total miracle," Brandon insisted.

Fr. Gil listened intently, but never agreed with them or used the "m-word."  He has far too many medical records to pore over first and Rome has the final say, but he did add, "If I check my own insides, I'm very excited."

At that point, Fr. Richard Boever, Executive Director of the Seelos Center, blessed Carson using Fr. Seelos' crucifix, the same one the judge used to pray over Carson.

And considering centuries often separate the miracles of saints, if Fr. Gil has lived to witness both 53 years apart, well, that would be the answer his prayers.