Brandus Mercadel, known as Fatt da Barber, has been giving free back-to-school cuts for years. Now, he's trying to start and set the world record for it. 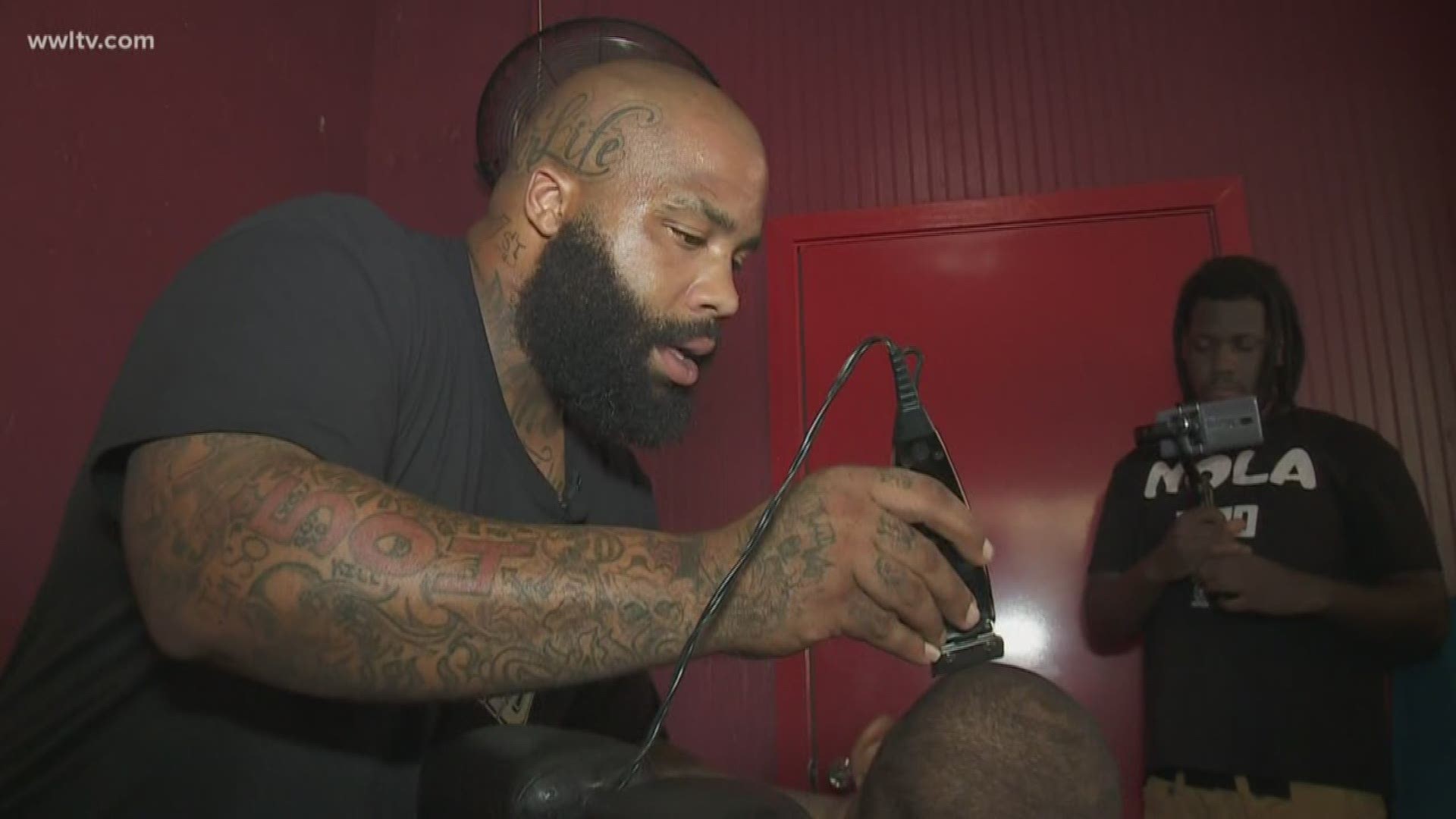 NEW ORLEANS — At Culture Park on Franklin Avenue, Brandus Mercadel – better known around town as Fatt da Barber – had a line of young men packed around his shop, eagerly waiting for a fresh cut all weekend.

“You ready? Let's get it munchkin, sit your head back, there ya go!" Mercadel told one boy as he shaped him up.

Mercadel has been cutting hair for 16 years. For four of those years, he’s been doing these cuts around this time of year for free – offering a back-to-school service for his community.

"They actually love this, man. Cause you know they're dropping their cash week by week getting haircuts. So, this gives them a little break while they buying school uniforms, school shoes, backpacks and all types of stuff," Mercadel said.

The barber says he gives the haircuts from the bottom of his heart to help his neighbors. But, starting this year, he says he's in it for more than that. Fatt da Barber is also trying to start and set the Guinness World Record for “Most Free Back-To-School Haircuts.”

"Some of these kids getting first time haircuts outside the barber. So, we’re doing a lot of repairing work. And we just getting them fresh," Mercadel said.

NOLA.com reported that Mercadel, with a Guinness videographer filming the whole time, bagged nearly 40 haircuts by 4 p.m. Saturday. He said he had hoped to get close to 200 haircuts by the end of the weekend.

Fatts da Barber was at it again on Sunday, offering free cuts at 1900 Bayou Road all day to keep at the record.

Across town on Saturday, in Broadmoor, another back-to-school event helped kids not only get ready for school but feel inspired, too.

"Kids need to know that adults have their back. Whether it's during school or not during school, they got their backs. That's what this is really about,” Williams said.

Children also had a chance to get mental health counseling, plus get their eyes, ear and teeth checked by professionals.

Putting a smile on the next generation is what these events are all about.