A Washington woman describes her painful mistake. She went from trying to win a photo contest at a fishing derby to spending an entire day in a hospital bed. 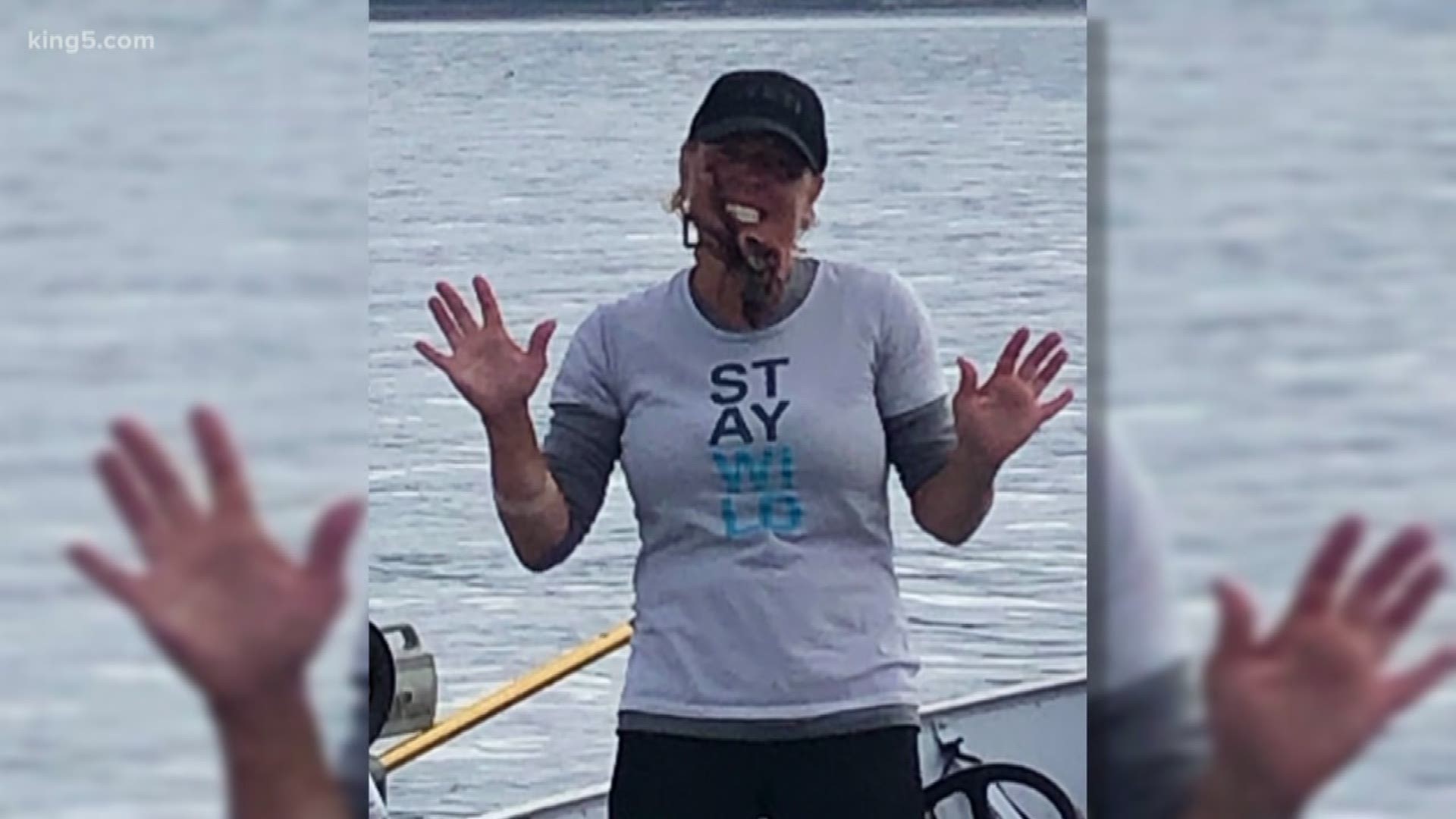 "Good things happen to those who bait. I believe in that," said Bisceglia.

She started fishing at a young age, and recently opened her own company called South Sound Salmon Sisters.

"My goal is to motivate women to get out on the water and fish," Bisceglia said.

On Friday, she was out on her boat attending a fishing derby, and she saw someone had caught a juvenile Giant Red Pacific Octopus.

"I said, 'Can I have that? Don't let it go, I want to eat it for dinner,'" Bisceglia explained.

She also wanted to pose with it for the derby's photo contest.

"I thought, this is pretty cool. It was a gorgeous, exotic creature, and I put it on my face and said take my picture. Then all of a sudden, they notice and I notice, my eyes just widened, and it had put its beak into my chin, not once but twice. It was like a barbed hook going into my skin," she explained.

Photos show her pulling the octopus off her face.

"It was bleeding profusely for probably thirty minutes and it was very painful," she said.

Her chin swelled, but that didn't stop her from attending another derby on Saturday.

Bisceglia explained, "I did not go to the hospital because I am the strongest-willed woman, I think, out there and I was dedicated to going to do my derby."

After Bisceglia finished that second derby and spent another day on the water, she still didn't go to the hospital. It wasn't until Sunday morning that she realized something was really wrong.

"I noticed that I could not swallow properly. My throat was swollen. The left side of my face was almost paralyzed feeling."

The severe pain only got worse. Both of her arms swelled.

"My IV went bad in both arms in the hospital," she said.

Bisceglia added that she received treatment at Tacoma General from a doctor who also seemed to be an octopus fan.

"He actually has a tattoo of an octopus, a blue-ringed octopus, on his arm," she said with a chuckle.

Now she's home recovering and reflecting on her lesson learned.

"I am just hear to tell people just because something looks delicate and precious and it can't hurt you, know what you are touching before you actually do something like I did," she said.

Giant Pacific Octopus bites have varying degrees of venom that can cause intense pain. Seattle Aquarium warns people to not pick them up, and Bisceglia is now saying the same thing.