MORROW, Ga. — A teenager behind the wheel of a Mini-Cooper involved in a crash on "senior skip day" last month that killed her friend has been charged.

On March 26, police said 17-year-old Cristina Pavon-Baker was driving north on I-75 when she drove off the roadway near Jonesboro Road and crashed.

The passenger, Makayla Penn, 18, of McDonough and Pavon-Baker's friend, was trapped inside the car and was pronounced dead at the scene. Officials said Baker was able to crawl out and was taken to a hospital.

After weeks of no charges, Pavon-Baker, who had plans to attend UGA in the fall, now faces one count each of first degree vehicular manslaughter, speeding and reckless driving, her lawyer Jackie Patterson said. A warrant for her arrest was issued about four days ago, and she turned herself in Tuesday night.

According to the District Attorney's office Pavon-Baker was allegedly driving 106 mph and using Snapchat before the crash. She was granted a $31,000 bond, but a judge denied her a request to go on a cruise out of the country with her mother.

Penn and Pavon-Baker were both students at Community Christian School but were not in class because of what students call a "senior skip day." Shortly after the accident, the school's Headmaster Fred Banke said it's really an excused absence where the senior class has the freedom to do things like college visits. 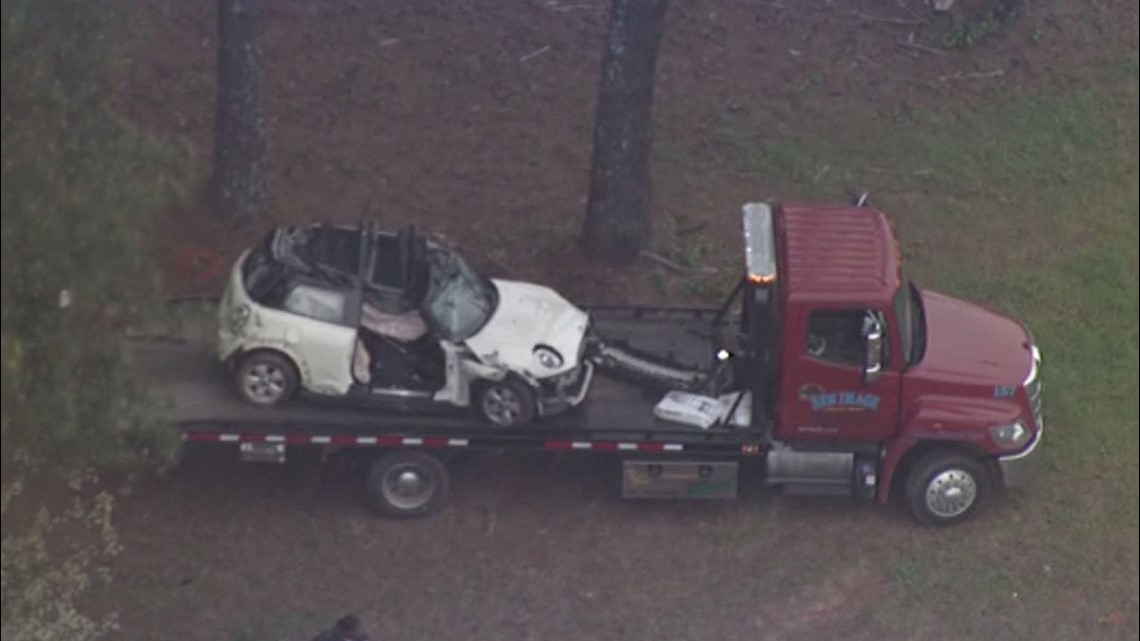