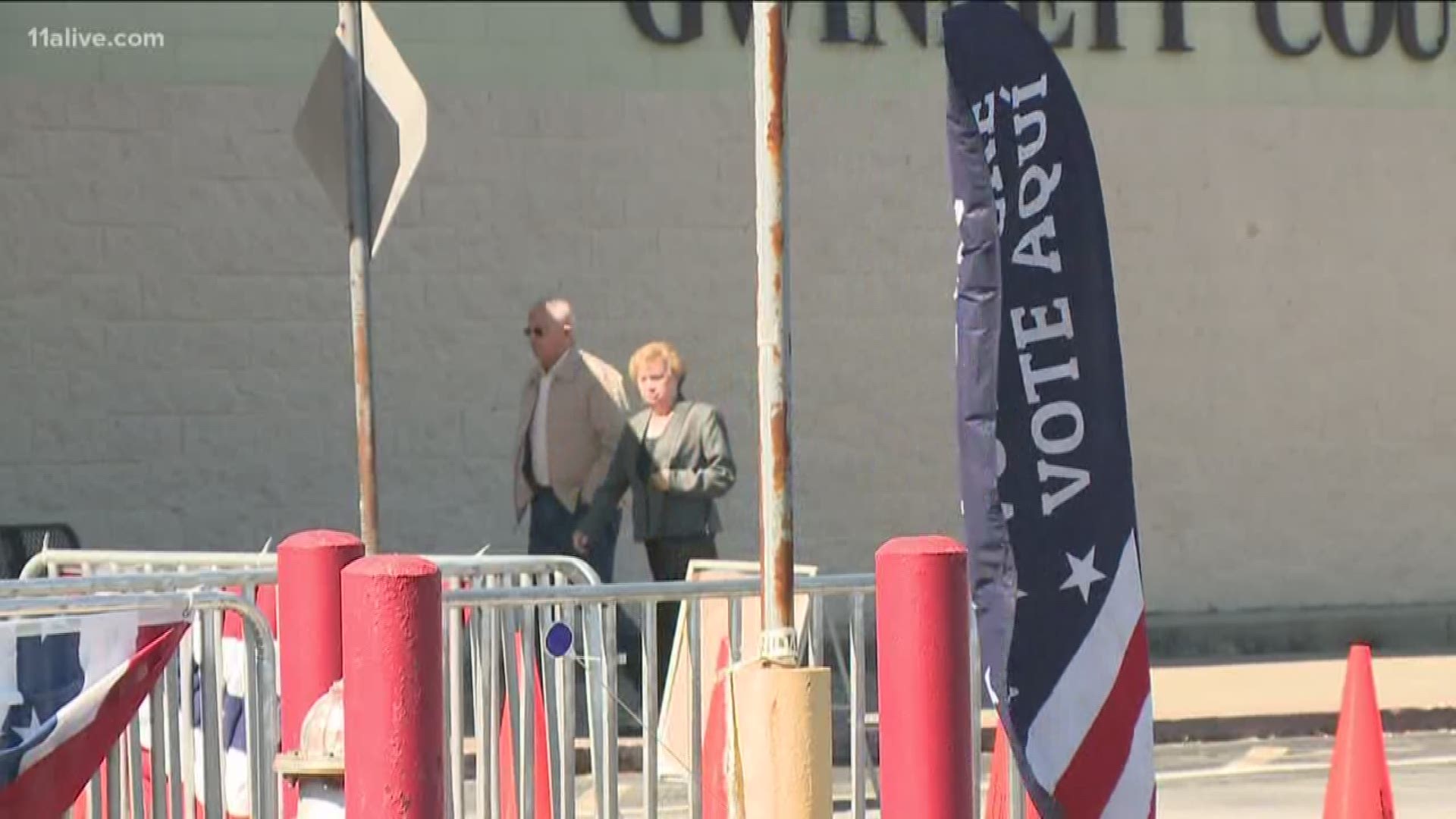 LAWRENCEVILLE, Ga. — Gwinnett County tallies votes in two weeks whether to join MARTA, and many early Gwinnett voters are already deciding.  And some of the demographic numbers so far are worrisome to backers of the expansion.

Public transit tends to be an easier sell in counties that are more racially diverse and less conservative.

But don’t tell that to the early voters 11Alive saw casting ballots midday Tuesday in Lawrenceville. Gwinnett voters are deciding whether to create a one-cent sales tax to join the Atlanta-based transit system.

"I don’t go to Atlanta. I don’t need MARTA. So I voted against it," said one white-haired gent exiting an early-voting facility.

MARTA EXPANSION: Here's what you need to know

The voters we saw were mostly white, mostly senior and very anti-MARTA.

MARTA is "too easily accessed. It’s too easy to get in and get out and do what you need to do and take what you want to take and not be found," said Rachel Pace of Loganville, following her "no" vote.  "Mostly criminals coming out and taking what they want."

The early voting demographic appears to be a challenge for MARTA supporters. According to Georgia Votes, a voting analysis site, nearly 64 percent of early voters have been white; nearly 82 percent are over the age of 50.

"I don’t see the need for it in Gwinnett County. You're gonna pay this money and how long before they do anything?" asked Gerald Brand of Grayson.

"I know that a lot of my voting base is opposed to it, but I ask them to think about the future," wrote Conway, who stumped for Donald Trump during the 2016 election.

District Attorney Danny Porter told 11Alive News he also supports the MARTA referendum. Both Republicans have been Gwinnett's leading vote-getters for more than a decade.