Operation End Game targeted people suspected of communicating with children online and then traveling to meet them to have sex. 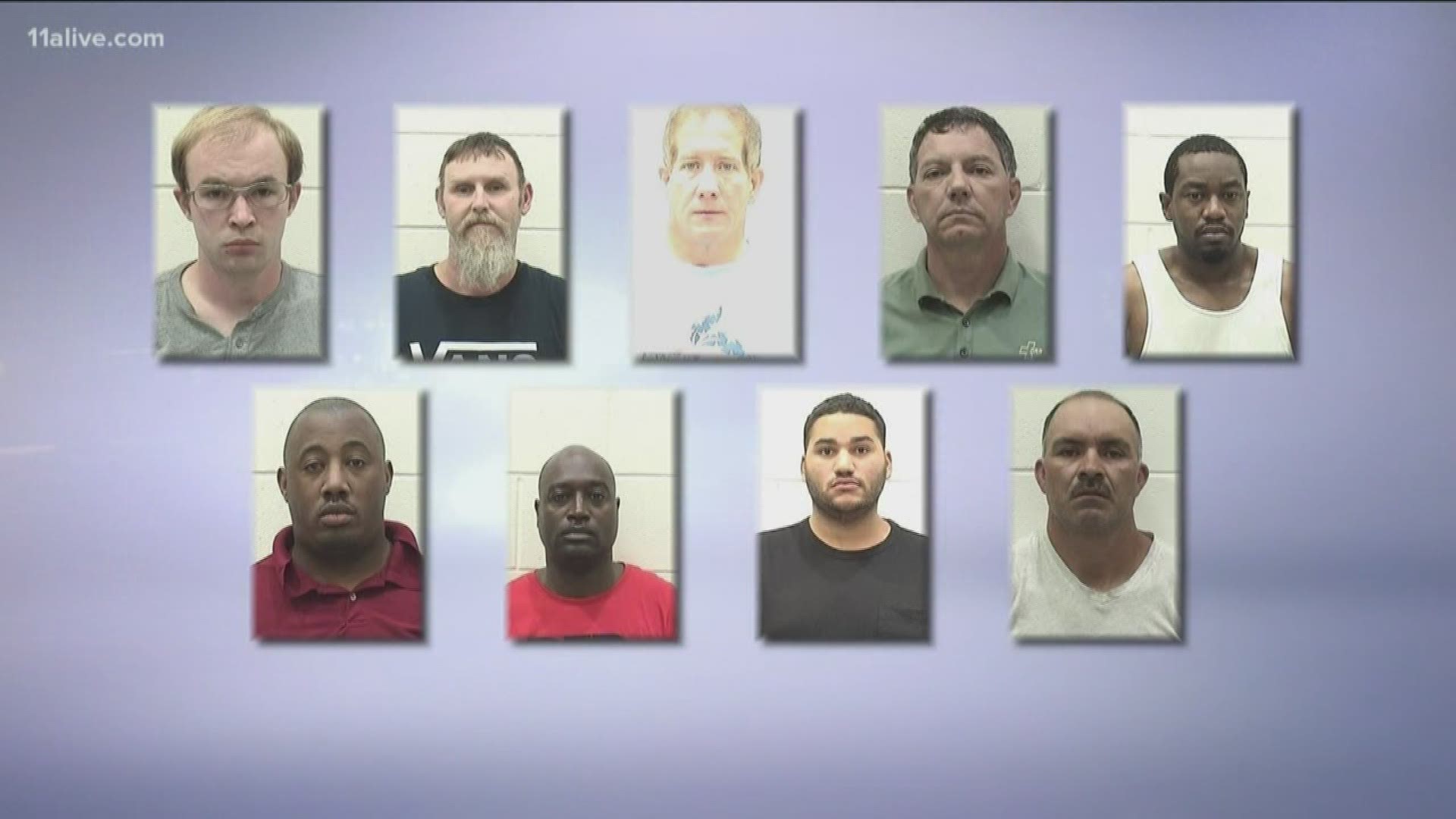 ATHENS, Ga. — Nine people have been arrested and charged over a three-day period since last Thursday. Each of them has been accused of traveling from areas around northeast Georgia with the intent of meeting a child for sex.

According to the Georgia Bureau of Investigation, the arrestees ranged in age from 19 to 53 years old. One person was a convicted murderer who had completed his sentence. When another was arrested, he was in possession of firearms and a machete.

The GBI says that "Operation End Game" was a three-day proactive undercover investigation coordinated by the Georgia Internet Crimes Against Children Task Force, the GBI's Child Exploitation and Computer Crimes Unit, the Athens-Clarke County Police Department, the FBI, the US Attorney's Office for the Middle District of Georgia, and the Athens-Clarke County District Attorney's Office.

Each of the people arrested was charged with violating the Computer or Electronic Pornography and Child Exploitation Prevention Act of 2007.

The goal of "Operation End Game" was to arrest persons who communicate with children online and then travel to meet them for the purposes of having sex. The operation also targeted those who are willing to exploit children by purchasing sex.

Since 2014, the Georgia ICAC Task Force has arrested more than 130 people in similar operations.

During "Operation End Game," more than 25 cases were established that met the threshold for arrest. Nine of those cases were concluded with arrests.

During the operation, investigators had more than 200 exchanges with subjects on various social media or internet platforms. In many of the cases, the subjects introduced the obscene or lude content, often exposing the minor to pornography or requesting the minor to take nude or pornographic images for them.

About half of the exchanges involved websites used for dating, socializing or classified advertisements. Although some websites promote themselves as being for "adults only," it is not uncommon for law enforcement to work cases in which children access these sites, establish profiles claiming to be older, then find themselves vulnerable to victimization, harassment, blackmail or assault.

Several of the subjects were identified as communicating simultaneously with multiple investigators posing as minors. This confirms what investigators discover during these types of investigations: That many predators specifically seek out minors on such sites and groom them as potential victims for sexual contact.