In one of the largest operations of its kind, agents conducted raids in North Carolina, South Carolina, Florida, Virginia, and New York, US Attorney says. 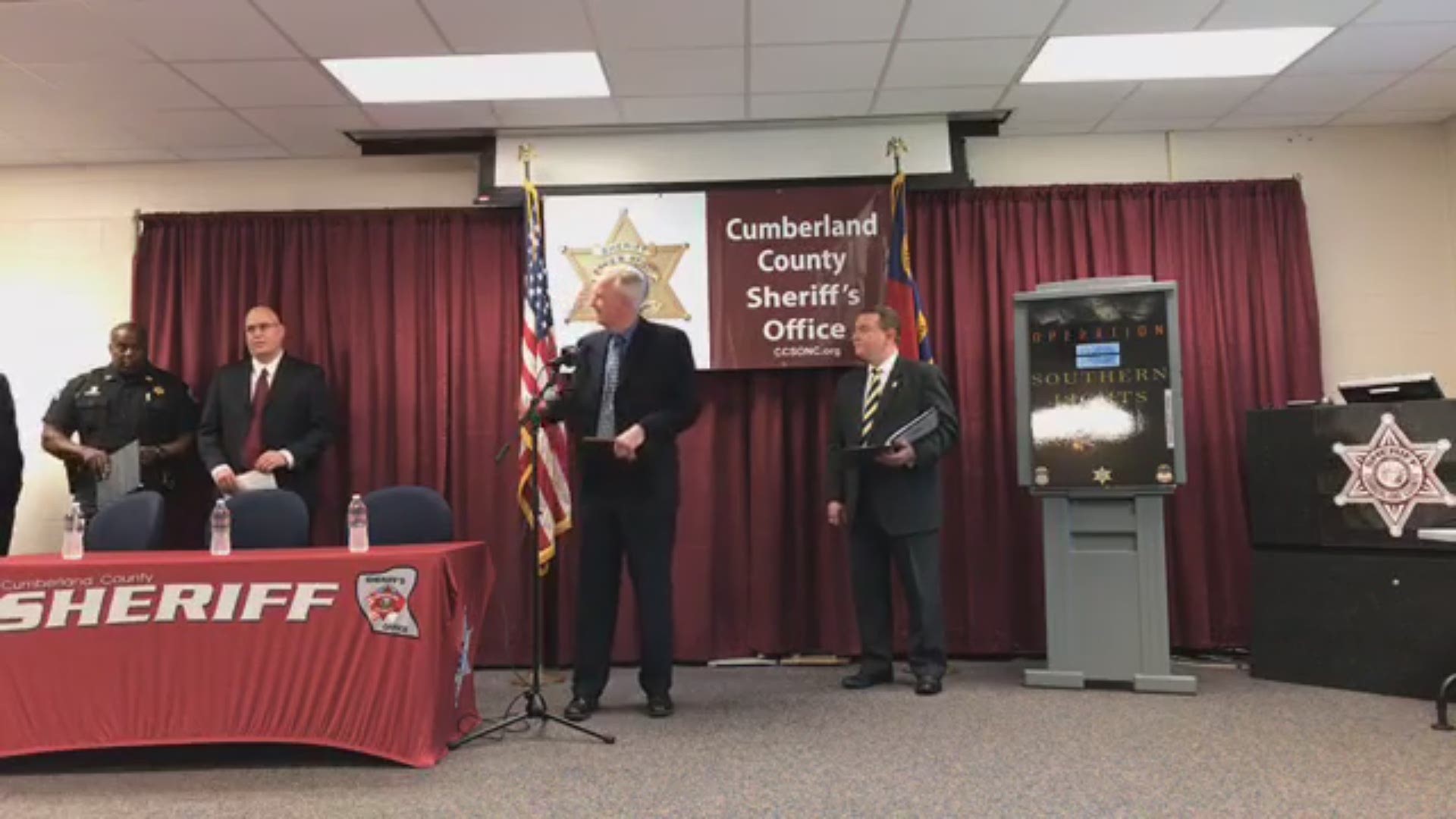 FAYETTEVILLE, N.C. — The US Justice Department announced the results of a massive cigarette trafficking ring bust that was based in Cumberland County, NC.  On Monday, the US Marshal's Office said the bust is one of the largest operations of its kind. The investigation into the ring was dubbed “Operation Southern Lights,” Attorney Robert J. Higdon said.

Higdon said they were able to track cigarettes being smuggled to New York where they were sold illegally.

The goal was to defraud the federal government, the states of North Carolina, New York, and the commonwealth of Virginia of millions of dollars in tax revenue from cigarettes, according to Higdon.

During a news conference, Higdon laid out how the ring worked:

The combined amount of money taken in by the illegal sale of the cigarettes was more than $12.3 million, Higdon said. Agents simultaneously performed 26 raids in North Carolina, South Carolina, Florida, Virginia, and New York.

At least 31 people were indicted on tax fraud charges in relation to the operation, Higdon said. Some of those arrested are from Smithfield, Dunn, Lumberton, Hope Mills and Fayetteville. At least six people are still wanted WNCN is reporting.

Cumberland County Sheriff Ennis Wright issued this warning to people in his county:

“Criminal elements think we sleep, but we don’t, we never sleep. These guys worked nights and days following these guys. If you’re trying to get past the law but sooner or later we’re going to catch you,” Wright said.