Neighbors say they are trying to come to terms with the sudden tragedy, saying it's left them stunned and heartbroken. 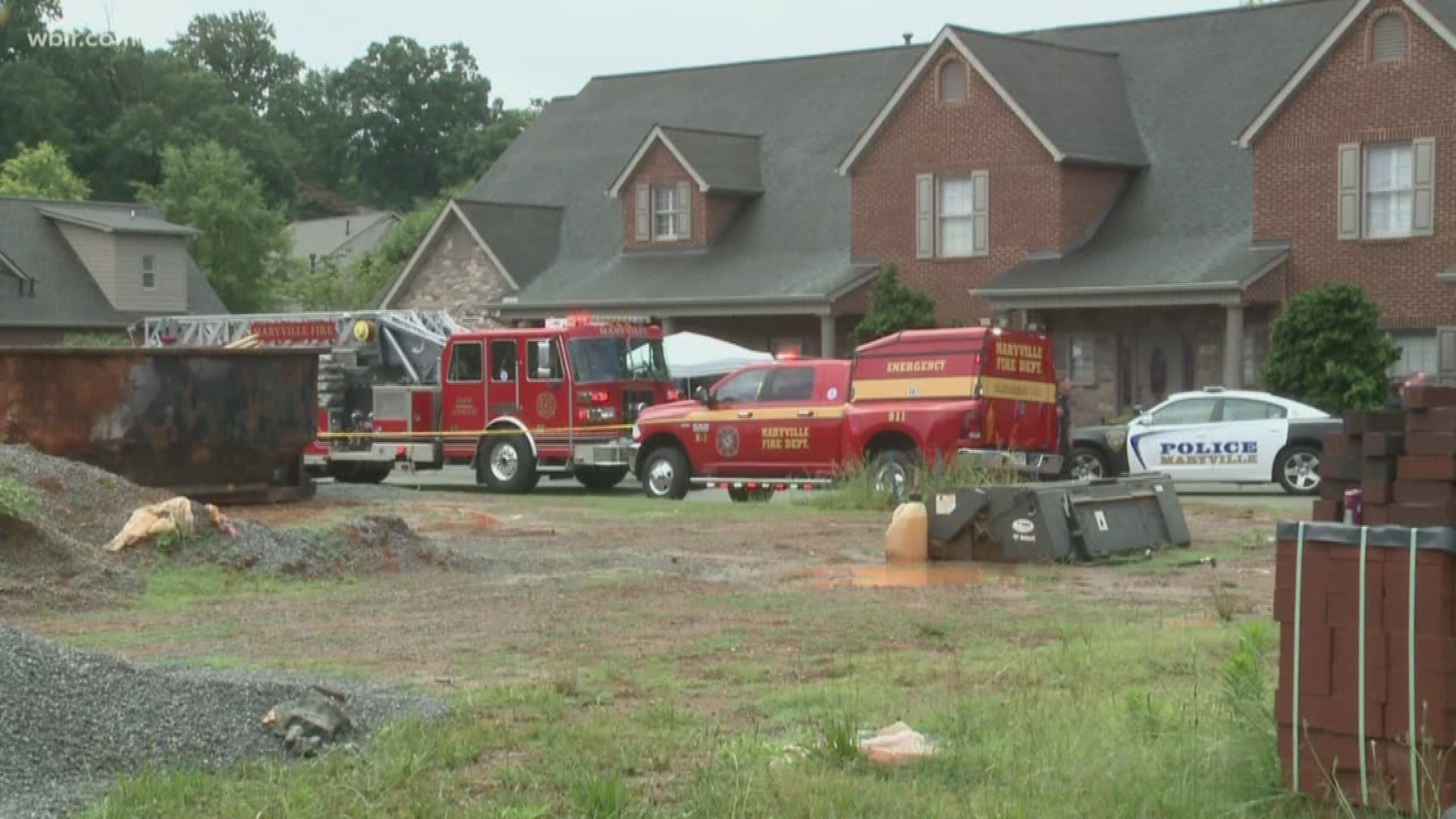 MARYVILLE, Tenn. — Investigators have identified the father and his 8-year-old son who died Monday in what investigators are said appeared to be a murder-suicide.

James Reagan, 38, and Clark Reagan, 8, were found in their Savannah Village Home around 9:30 a.m., according to Maryville Police.

Police said they were called to the home after a home inspector, scheduled to inspect the home for a pending sale, called in a fire.

When crews arrived, Maryville Fire broke through a locked door of the home and found a small fire inside a bedroom along with a heavy smell of gasoline, according to a release from Maryville Police.

In the bedroom, firefighters found the father and son in the bed with gunshot wounds.

Both were transported to Blount Memorial, where police said the father was pronounced dead about an hour later. The child was taken to UT Medical Center, where he died around noon.

The mother, Miranda Reagan, and father were separated, according to Crisp.

RELATED: 'His smiling face was a ray of sunshine' | Community remembers 8-year-old killed in murder-suicide

According to court filings in Blount County, the mother had filed for divorce back in January. In the filings, she said she was concerned her husband was misusing medication.

Contained within the complaint was the mother's recount of an incident that she said happened on Jan. 3. According to the complaint, the mother and son came home to find her husband naked with a dip of smokeless tobacco in his mouth, saying he was 'obviously impaired.'

The mother alleged the boy became scared, and she tried to get her husband to go to the hospital voluntarily. When he wouldn't cooperate, she said an ambulance came and took him away.

RELATED: 'Compassion is the remedy for anger': Maryville mother shares thoughts after her son was killed in apparent murder-suicide

In the filing, she said her husband had gotten a prescription for Ambien on that day and nine pills were missing from the bottle. She said he had also gotten several pain prescriptions since December for tonsil surgery.

While at the hospital, the document stated he became belligerent and struck a nurse. The wife spent the night at the hospital, and he was released the next day and she said he immediately began looking for his medication.

The wife said he then put his hands on her and pushed her, and she decided it was time to get out and took her child to her parents' house. The father denied those allegations at the time.

Clark went to Foothills Elementary, according to Maryville City Schools. His father was also a first-grade teacher there.

"As released by our police department earlier this afternoon, a Maryville father and son passed this morning in a terrible tragedy.  Words cannot express our overwhelming sense of devastation and grief.  We know the media will have many questions, so we are confirming that the two involved were, in fact, a teacher and a student in the Maryville school district.  Names will be released by the family in the hours and days ahead.  Our hearts are also broken for our colleague, friend, and the loving mother of this young victim. Parents of children who attend Foothills Elementary who feel their student(s) would benefit from counseling services are invited to join us between 9 a.m. and noon, tomorrow (June 11), in the library at Montgomery Ridge Intermediate (835 Montgomery Lane, Maryville, TN)."

On Monday, some neighbors on the block of Savannah Village Drive answered the door in tears.

"I guess we're all feeling kind of helpless," Jolly Shelton, who lives two doors down from the Reagans and saw first responders arrive. "What can we do? You know if only we could've done something before. It's people are just stunned."

in a neighborhood that she says is friendly and makes every effort to reach out to others, Shelton said she and her fellow neighbors have been left heartbroken and stunned by the tragedy.

"I mean, the poor mother, and for their family... what a tragic, tragic loss," she said.

"We join our community in sending our thoughts and prayers to this family and all who know and love them," Maryville Police said in a press release.

Services for Clark have been set for June 13 at Faith Promise Church. In lieu of flowers, people are asked to make donations to Escuela Padre Juan José Zugarramurdi II de El Viñedo, a school in great need in Venezuela. You can use the website https://samaritanhands.org/donate/ and specify the donation is for Clark Reagan. Samaritan Hands will make the donations in Clark’s memory.

To send flowers or a remembrance gift to the family of Clark Reagan, please visit our Tribute Store.

Investigators tell 10News the home, which appears to be for sale, is east of Old Niles Ferry Road.

Crews were called to the home around 10 a.m. after an inspector was conducting a home inspection and noticed smoke, Maryville Police Chief Tony Crisp said.

When police and fire arrived, they said they saw smoke and flames, went inside and found two males. Both were taken to Blount Memorial Hospital but their names, ages, and conditions have not been released.

A firearm was also involved in the situation but it's unclear how, according to Maryville Police.

Investigators were still on scene as of 12:30 p.m. Monday working to determine the cause of the fire and figuring out what else needed to be investigated.