Darren Kirkley's voice may never recover after a devastating accident at school. His parents wanted the school system to pay their medical bills, but it's protected by the doctrine of sovereign immunity. 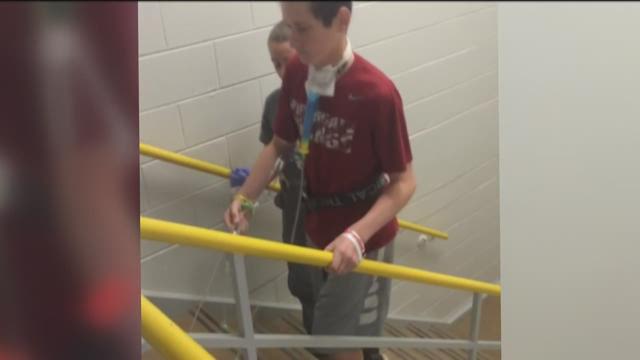 Darren Kirkley had to work hard to regain his strength and movement after a devastating accident at school, but his voice may never fully recover.

Darren's had 13 surgeries since March of 2016, when he had to be life-flighted from Northgate High School in Newnan.

His emergency started in gym class, where he was playing basketball with his classmates.

"Someone lost their basketball, so i turned around to get it," Darren said.

"He ran as fast as he could to get it, and he looked up and ran throat first into a crank on a volleyball pole," explained Andy Kirkley, Darren's father.

"The gym teacher had the volleyball poles up, but there was no net," added Darren. "I didn't know the pole was there."

"It was a pole in the middle of the gym, in middle of the floor. There was no padding on it," Andy said. "Why they didn't remove it before, nobody has an answer to it."

The impact caused Darren's vocal chords to swell, making it almost impossible for him to breathe.

He spent the next three weeks in the hospital.

"I had to learn how to do everything," Darren remembered. "It was just a struggle every day."

Over time, Darren's medical bills began to stack up.

His life-saving Life Flight trip alone was about $40,000, which is not covered by insurance.

"We're on 11 different payment plans," said Kim Kirkley, Darren's mother. "Some we have to pay as we go. We really thought the school, the county, was going to help pay the bills."

But the insurance company for the Coweta County Board of Education had other plans.

"Please note, boards of education enjoy the total protection of sovereign immunity," wrote a claim examiner for Wright Specialty, the school system's insurer. "Moreover, even in the absence of the applicable immunities, our understanding of the facts and circumstances surrounding this incident, is that there is no indication of any wrongdoing or liability on the part of the school district or any of its employees."

The letter was written in response to a request for compensation filed by an attorney retained by the Kirkleys.

Sovereign Immunity is a legal doctrine that's been upheld many times by the Georgia Supreme Court. It essentially says government agencies, like school boards, cannot be sued without their consent.

It dates back to old England when it was established that "the King can do no wrong."

"For them not to be able to take care of one of their own is very disappointing," said Kim. "I thought there was no way. I would have never expected that."

He explained that the school system’s practice is not to comment on threatened litigation and declined an on-camera comment.

Lee did issue the following statement to 11Alive on behalf of the school system: "Our understanding is that this was an accident. We are very sorry that it occurred and that Darren was injured."

With no help from the school system, family and friends set up a GoFundMe page and even held a garage sale to try to raise the money the Kirkleys need to cover Darren's medical expenses.

"It's going to be a long time before it's all taken care of, but we're glad he's here," Kim added. "That's the main thing."

The doctrine of sovereign immunity is powerful.

It's part of the Georgia Constitution, and it's designed to protect the public purse by keeping tax dollars from paying personal injury claims.

But they rarely, if ever, have use it. 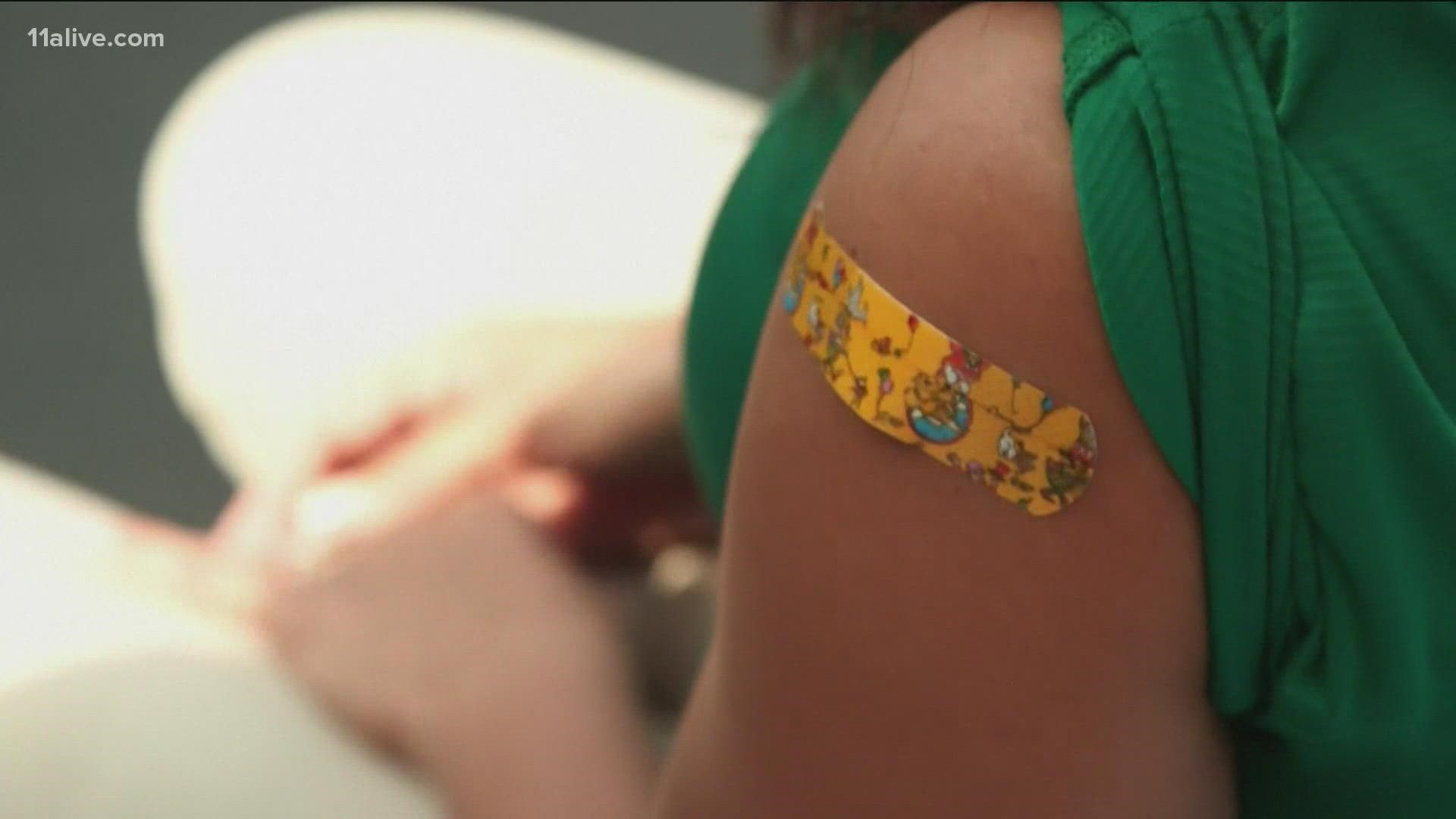