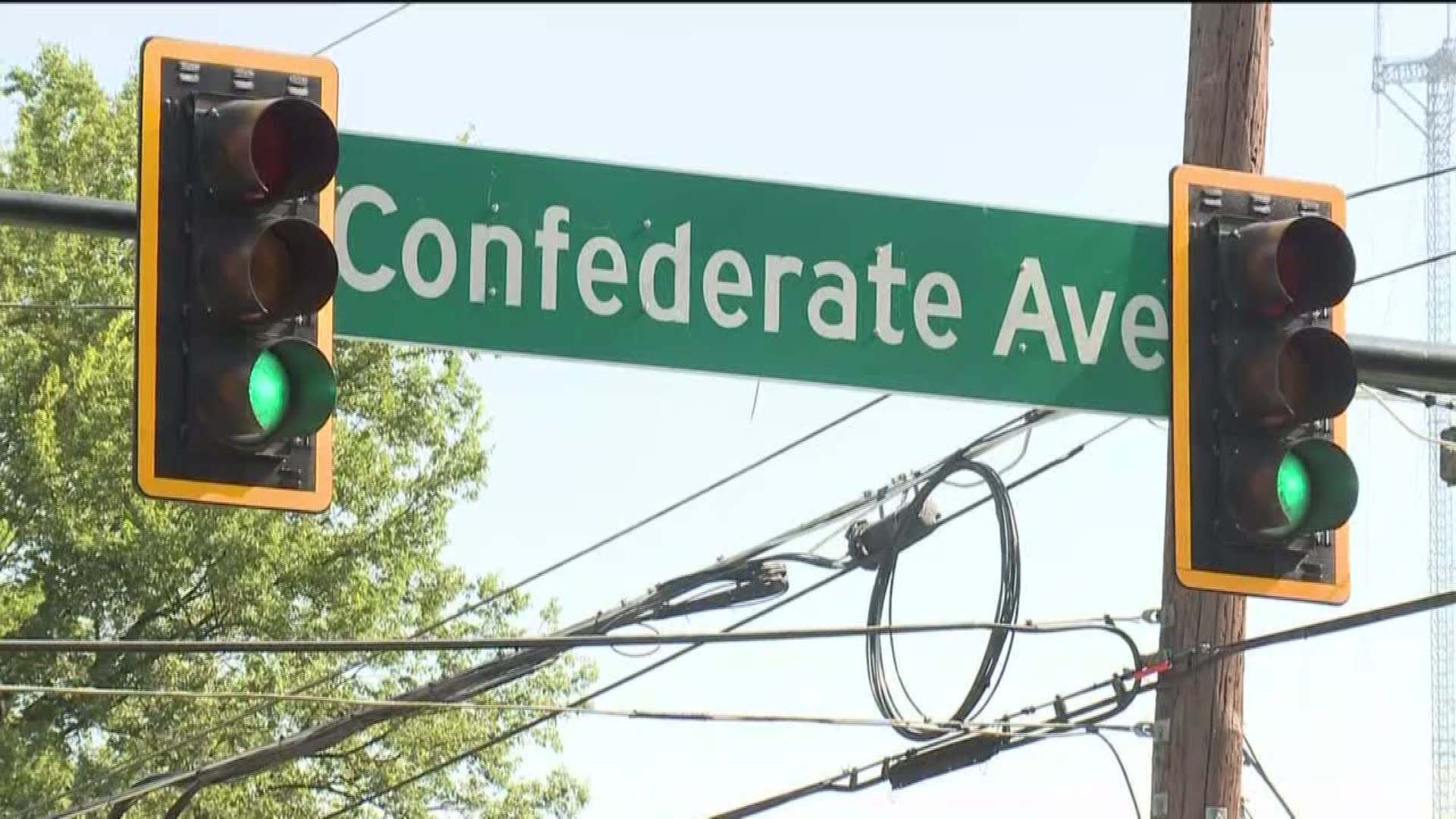 Atlanta Mayor Kasim Reed says he is considering petitions, calling for the city to rename streets bearing names of the Confederacy.

The city's streets are just one of many Confederate symbols petitioners want to see removed.

More than 8,000 people have signed petitions calling for Confederate symbols and monuments like the 109-year-old monument in Decatur Square to be removed.

In the city, it's not monuments, but streets that honor Confederate leaders or reference the Confederacy. In light of the protests and violence we saw in Charlottesville over the weekend, Joe Thomas says he was moved to do something here in his own backyard.

His petition calls for Atlanta's Confederate Avenue to be renamed, and it has already gotten more than 6,000 signatures. He says he is not surprised by the support he has received so far.

"I'm not personally victimized by the word or the name 'Confederate Avenue,' but I think it's important to understand there are people who will see that word and feel harmed or attacked or just uncomfortable with the idea that we would memorialize something that wasn't a great part of our history," Thomas said.

Reed says he is well aware of Thomas' petition.

In a statement, Reed wrote that the petition is among others residents have started, and he plans to carefully consider them, because, "symbols matter and as those espousng hate-filled idealogies grow bolder, we must grow stronger in defense of our values."

In Decatur, city leaders say the monument in Decatur Square actually belongs to DeKalb County. The mayor there plans to meet with county commissioners to discuss calls to remove the monument.

Overall, it is not an easy process to rename streets. It can take months of planning, and quite a few dollars.

We asked the city of Atlanta for a cost breakdown.

The application fee for changing the name of a street is $2,500. That fee is paid by whoever requests the change. If the change is approved, the city pays for new street signs, at a cost of about $200-to-$300 for each new sign. Depending on the length of the street, and how many intersections are involved, that fee can become fairly pricey.

The rules are different in other cities.

In Sandy Springs, for example -- which recently renamed a small portion of the road outside the new Mercedes-Benz North American headquarters facility -- they required the person requesting the change to pay a portion of the costs.

In the case of the Mercedes-Benz headquarters, Mercedes paid for street signs and notified neighbors of the address change involved.