"We just want honor Nipsey," Dr. James said. "There was a lot of people that loved him." 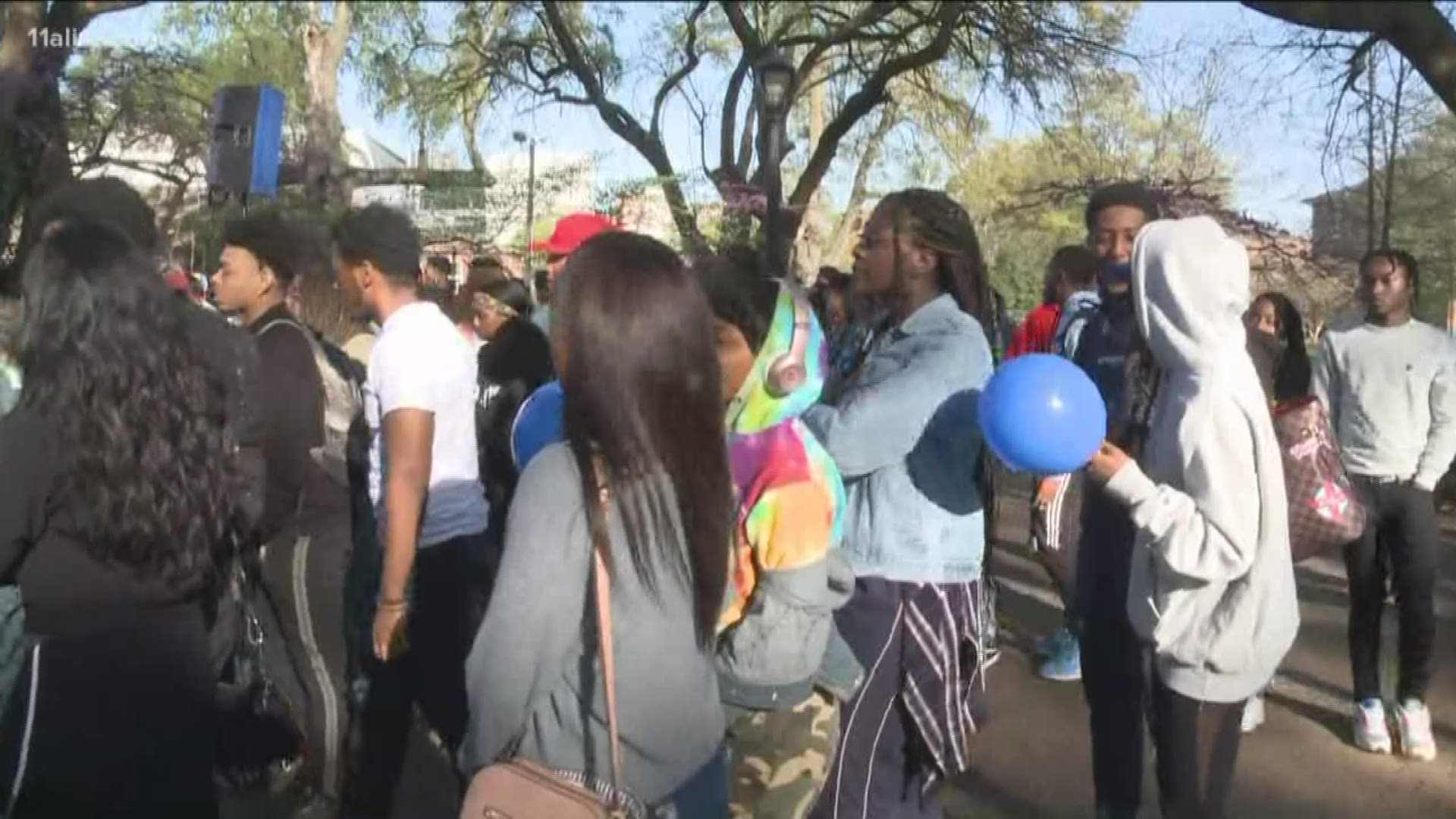 Nipsey Hussle was more than just a rapper to many across the U.S. College students gathered Tuesday at Morris Brown to pay tribute to his life and legacy.

"We want to send a message to the community, to all of our young people, please put the guns down, stop the violence," he asked.

He said hip-hop artist and activist Killer Mike suggested for the school to hold a vigil to remember Hussle for his positive influences. Killer Mike, an Atlanta native, is a part of the school's advisory board.

"We just want honor Nipsey," Dr. James said. "There was a lot of people that loved him."

Not only were his students from Morris Brown there, so were students who represent schools that make up the Atlanta University Center.

"I'm excited that we can come together and do something like this because Nipsey is somebody that should be celebrated," said Clark Atlanta University student Nina Ross.

RELATED: 2 in critical condition after violence at Nipsey Hussle vigil

Authorities said Hussle was gunned down by someone who knew him outside of his store in Los Angeles on March 31. Tuesday, police arrested the suspect, 39-year-old Eric Holder.

Holder had been on the run for two days before he was captured in Bellflower, a Los Angeles-area city about 20 miles southeast of where Hussle was killed.

Authorities said the two had some kind of dispute in the hours before the rapper's death. After shooting Hussle and two others who survived, Holder fled in a waiting car driven by a woman, the police chief said.

RELATED: Nipsey Hussle wasn't just a rapper. Here's what he wanted to do for Atlanta's youth

Now that the 33-year-old rapper is gone, his fans want his legacy to live forever.

"He's impacted so many of us in so many different ways," Ross said.

At the time of his death, Hussle was working on documentaries, investing in his hometown of Crenshaw, and working to bring STEM programs - Science, Technology, Engineering & Math programs - to major cities, like Atlanta, to help kids get involved with those disciplines.

"The world we live in now is kind of scary, and the fact that he sees the bigger picture is what I really loved about him," she added.

Another vigil was held Tuesday evening in Stone Mountain at the Eritrean American Community Center of Georgia on Hambrick Road. The room was packed with attendees who held candles to pay their respects.

The Associated Pres contributed to this report.