Also, there are a lot of people to blame for the nation's border crisis, according to the poll. 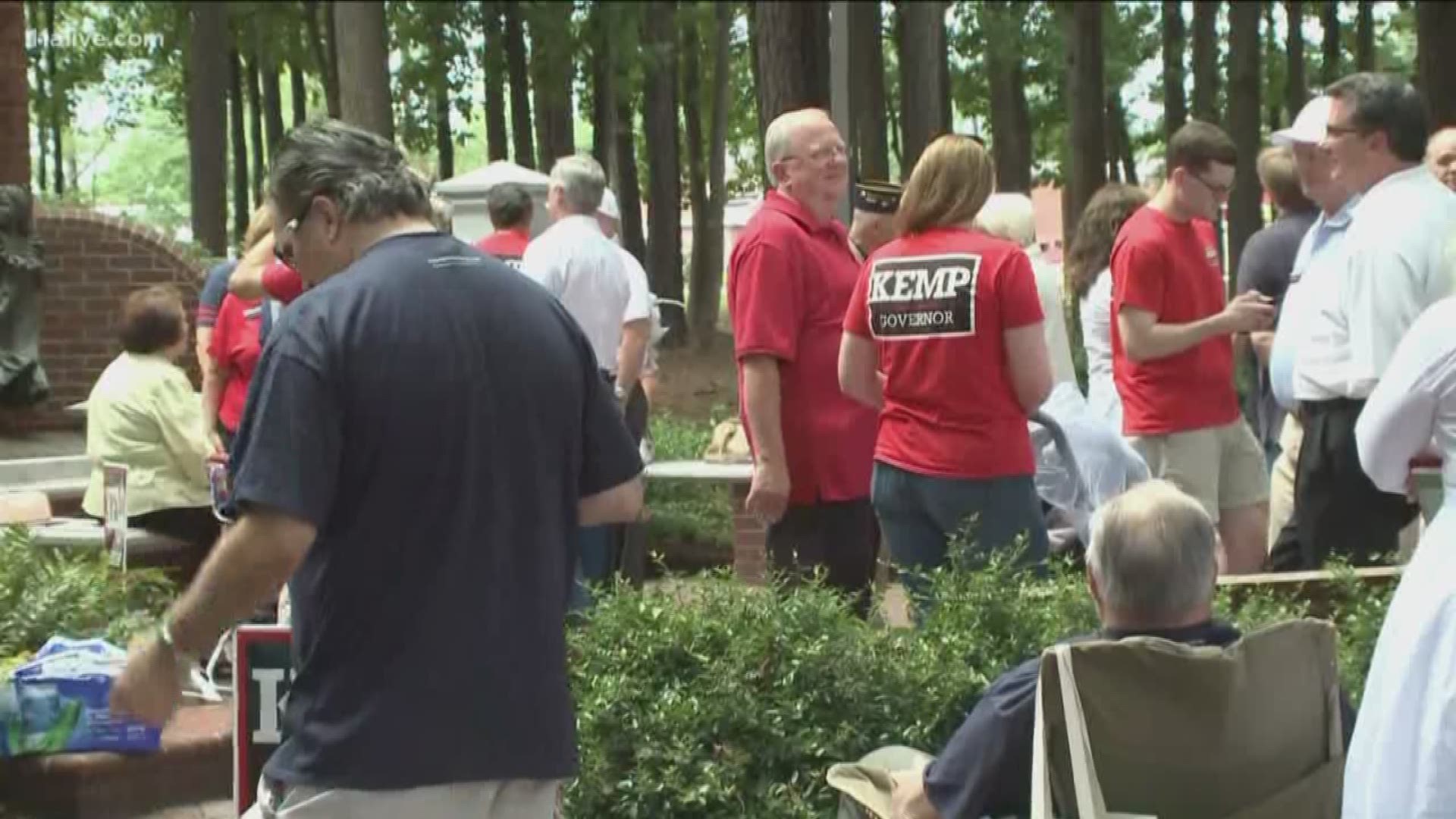 President Donald Trump is poised to remain as a wildcard in the nation's most watched governor’s race, as a new 11Alive poll shows voters virtually tied in terms of how they view the nation’s chief executive.

The poll, released last Friday, shows 42 percent of respondents having a favorable opinion of the president, while 41 percent have an unfavorable view and 14 percent are neutral.

The poll showed Secretary of State Brian Kemp with a 40 percent to 34 percent lead over Lt. Gov. Casey Cagle in this Tuesday’s GOP governor’s runoff, but with 26 percent undecided.

The president endorsed Kemp last week in a move that shook the GOP runoff to its core. Expect whoever to win Tuesday's election to actively court the president’s support, while Abrams has made no secret of her distaste for the administration’s policies, including its handling of the border crisis.

Full coverage of the nation's border crisis on 11Alive.com.

While 63 percent of respondents said they disapprove of separating families at the border, 40 percent blamed President Trump for the border crisis, but 36 percent blamed undocumented parents.

Who do you think is most responsible for the separation of parents and children occurring at the US border with Mexico?

Do you approve or disapprove of separating families at the border?

A majority of respondents said the U.S. Senate should confirm the nomination of Brett Kavanaugh now, rather than wait after the November elections.

Should Judge Brett Kavanaugh become the next US Supreme Court Justice?

An overwhelming majority (58 percent) also said Roe v. Wade, the 1973 U.S. Supreme Court decision that legalized abortion nationwide, should be left alone (26 percent said it should be overturned, while 16 percent weren’t sure).

Also, poll respondents say they have put down their cell phones while they're behind the wheel in accordance with the state's new hands-free law:

It is now against the law to have a phone in your hand or on your person while you are driving, to prevent accidents caused by distracted driving. Are you obeying the law?

Finally, in perhaps the most important question of all, poll respondents are solidly in the corner of Atlanta Falcons All-Pro wide receiver Julio Jones, in his quest for more money:

How should the Atlanta Falcons handle the Julio Jones contract dispute? Offer him a new contract? Restructure his current contract? Or let him sit out?