2020 General Assembly crawls to a close

The COVID-19 pandemic made it one of history's weirdest. 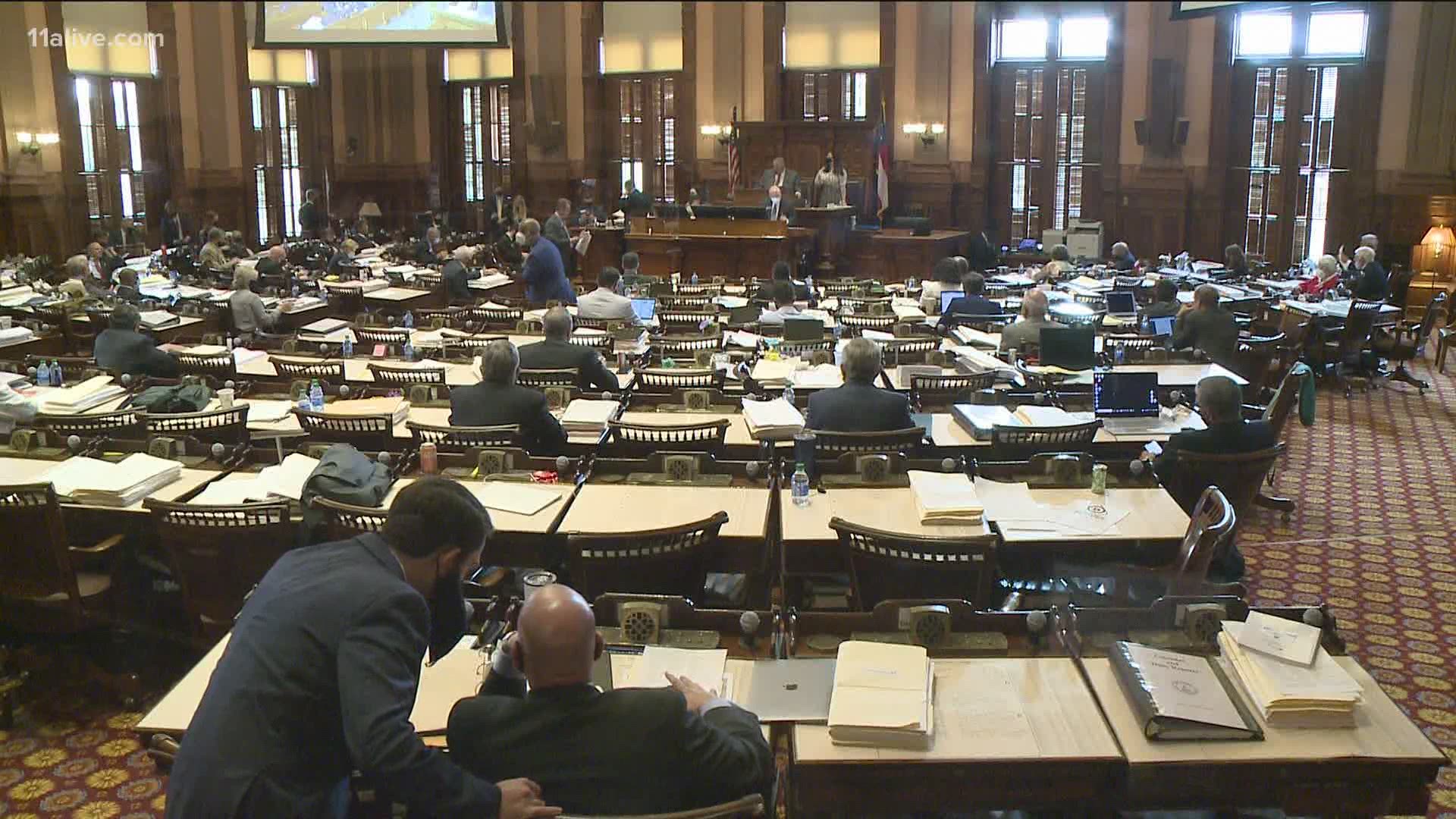 ATLANTA — The Georgia general assembly wound down its 2020 session Friday with passage of the 2021 budget the only headliner sure to pass – because it’s constitutionally required. It passed the senate Thursday night.

The House of representatives took its sweet time voting on the budget Friday. A budget agreement announced Thursday cut state spending without furloughing state employees – saving money by not filling jobs vacated by former state workers, among other things.

Friday, lawmakers took up a flurry of minor bills dwarfed by the pending budget bill. Its lack of action on the floor of the House contributed to the unseen backstage drama that often electrifies the final day of the 40-day legislative session – which by law, should end by midnight but is often fudged by leadership.

“Stuff will change in an instant. Someone will put something in a bill that you thought was one thing and then it’s something different,” explained state Rep. James Beverly (D-Macon).  “Everybody is very heightened. Everybody’s emotions are on pins and needles.”

The legislature abruptly recessed in March because of the COVID-19 pandemic. It stayed idle until mid-June.

When they returned, many members of the legislature had to vacate their seats and sit in other rooms or in upstairs galleries to listen to debates and to vote. Voting that had previously taken just a few seconds electronically became arduous voice votes.

The House required the use of masks in its chamber, while the Senate made masks optional.

RELATED: What is HB 838 and why are civil rights groups against it?

When members and staff entered the Capitol, many of them passed through magnetometers that were also wired to gauge body temperatures. When the machine flagged an individual with a higher temperature, an officer followed-up with a hand-held digital thermometer. One of the flaws of the larger scanner is that if the person passing through is carrying a cup of hot coffee – it will set off the machine.

Staff at the Capitol set up curtains outside the House and Senate chambers, limiting the ability of the public to interact with lawmakers. As a result, the hallways of the Capitol had a fraction of the spectators and lobbyists typically present for the final day of the legislative session.