3 political headlines to know this week

Another busy week of political news. 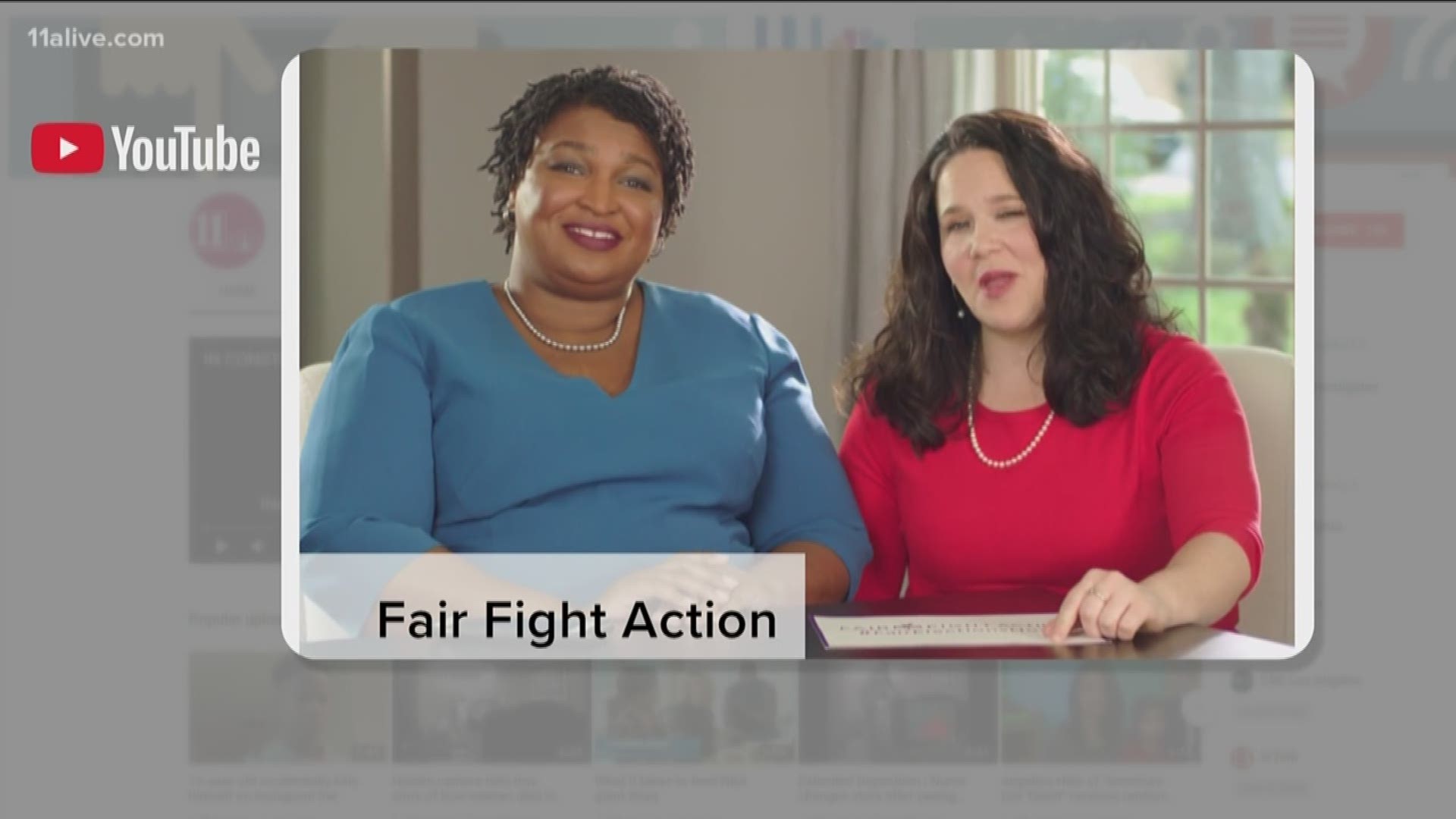 The Atlanta Democrat, who now runs the political group Fair Fight, will appear in an ad during the Super Bowl.

"We don't agree on everything," says the Republican, Crawford.

"Every vote should be counted from every corner of our state," says Abrams.

The ad will run in Georgia during the game, however the group has not purchased ad space in Atlanta. Experts estimate the group spent around $200,000 for the ad buy.

Abrams, who narrowly lost her bid for governor last year, is set to give the Democratic response to President Donald Trump's State of the Union next week.

The federal government is just 15 days away from running out of money - again.

"On Feb. 15, the committee will come back. And if they don't have a wall, I don't even want to waste my time reading what they have because it's a waste of time," Trump said.

House Speaker Nancy Pelosi left no wiggle room when asked if the President's wish for money for a wall would be included in any legislation from the bipartisan committee on border security.

"There is not going to be any wall money in the legislation," Pelosi said firmly.

"Although none of the seven charges against Stone is considered to be a violent crime, the FBI demonstrated an immense show of force during an early-morning raid on Stone's home," Collins wrote in the letter.

Collins, who is the ranking member on the House Judiciary Committee, gave a list of questions to Wray asking, among other things, if Wray, or any other high-ranking official, authorized the level of force.