Georgia Democrats will hold their primary late in the season next year but could still have clout. 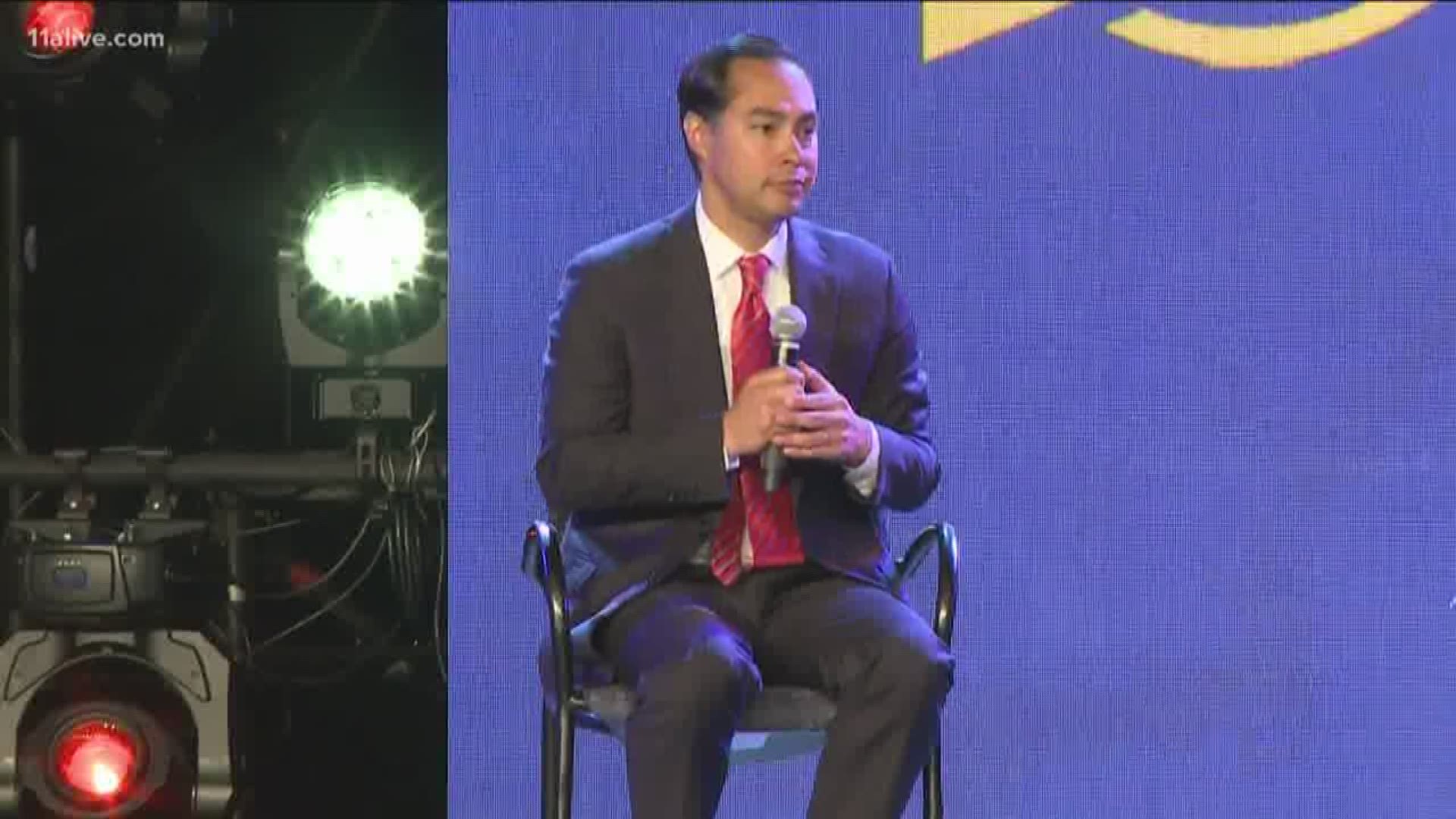 ATLANTA — Atlanta is getting visits from five presidential hopefuls Friday and Saturday.  All of them are Democrats, all attending a convention filled with African American voters.

"Promises have been made to black Americans. And they have not been kept," South Bend, Indiana Mayor Pete Buttigieg told the crowd at the Young Leaders Conference of the Black Church PAC.

Buttigieg called for a hike in the minimum wage to help fight poverty.

"The first thing that we need to do is get the white nationalist that is currently in the Oval Office out of the Oval Office," Castro said to cheers.

And Corey Booker, a descendant of preachers, preached. The US Senator from New Jersey quoted scripture and cajoled voters.

RELATED: Biden is still the Democrat to beat, but rivals see weakness

And this was only the start. Bernie Sanders and Elizabeth Warren will speak to the same audience Saturday.

Georgia Democrats will hold their primary late in the season next year but could still have clout.

RELATED: Only 9 Democrats have qualified for next presidential debate

In February, the first four primary and caucus states will get all the attention. A super Tuesday follows – with eleven states including California and Texas. Twelve more states come the next two weeks, according to the New York Times.  And then Georgia makes a solo appearance on the political calendar March 24 – which some Democrats hope will give Georgia some prominence.

"We could be a game changer," said Atlanta Mayor Keisha Lance Bottoms, a prominent Democrat. She says voters shouldn’t be surprised to see more candidate clusters in the coming weeks.  "Georgia is in play."