Lawsuit calls 'heartbeat' law an 'affront to the dignity and health of Georgians.' Groups are challenging it on constitutional grounds. 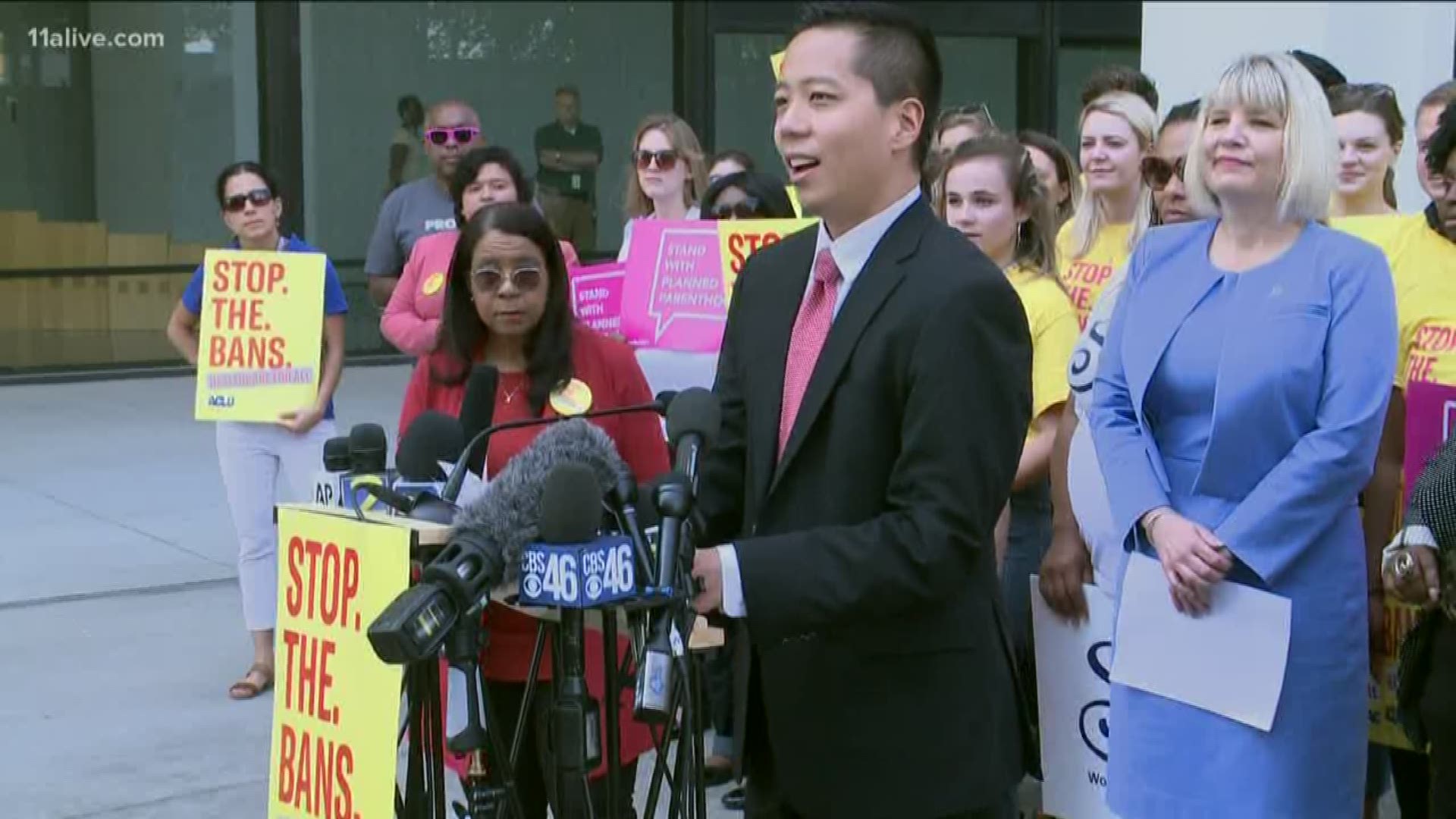 ATLANTA — The ACLU, Planned Parenthood and the Center for Reproductive Rights have filed a lawsuit against Georgia's new abortion law, the groups announced Friday morning.

The controversial law, known as the "heartbeat" law, would ban abortions in Georgia after the detection of a fetal heartbeat, which is generally six weeks into a pregnancy.

"This law is an affront to the dignity and health of Georgians," the 37-page lawsuit states. "It is in particular an attack on low-income Georgians, Georgians of color, and rural Georgians, who are least able to access medical care and least able to overcome the cruelties of this law. Georgians face a critical shortage of reproductive health care providers, including obstetriciangynecologists, and the rate at which Georgians, particularly Black Georgians, die from pregnancy-related causes is among the highest in the nation."

The groups held a news conference the suit at noon in Atlanta.

"By filing this lawsuit, we are defending the rights of our patients and we are lifting up the voices of countless Georgians who were ignored this legislative session," Staci Fox, the president and CEO of Planned Parenthood Southeast, said in a release announcing the lawsuit. "Abortion is still safe, legal, and available in Georgia, and we plan to keep it that way."

Georgia's law, signed by Gov. Brian Kemp in May, isn't set to take effect until next year. It was expected to face legal challenges.

Georgia's law has been a flashpoint on the issue, as restrictions on abortion have been considered or passed in a number of states this year.

The state's robust film industry has responded with protests and threats to pull production, and high-profile figures from entertainment and politics have called for boycotts against Georgia.

Others, such as former Democratic gubernatorial candidate Stacey Abrams, have worked to keep projects here, arguing boycotts would only harm local workers.

The lawsuit by the civil liberties and women's rights groups have named Kemp, Carr, and other sate officials as defendants in the suit.

The plaintiff, SisterSong, is an Atlanta-based women's rights organization that bills itself as a "women of color reproductive justice collective," according to its website.

Its mission is to "strengthen and amplify the collective voices of indigenous women and women of color to achieve reproductive justice by eradicating reproductive oppression and securing human rights," according to the site.

"As a reproductive justice organization based in Georgia for over 20 years, SisterSong is committed to centering and amplifying the needs of those communities historically pushed to the margins," the organization's executive director, Monica Simpson, said in the release. "SisterSong is bringing this lawsuit to protect maternal health and reproductive rights so that every person - especially persons of color - can thrive in their families and communities as well as maintain their right to make their own decisions about their reproductive lives."

Simpsons said black women in Georgia die during childbirth at six times the national average, and Georgia's overall maternal mortality rate is the second highest in the country.