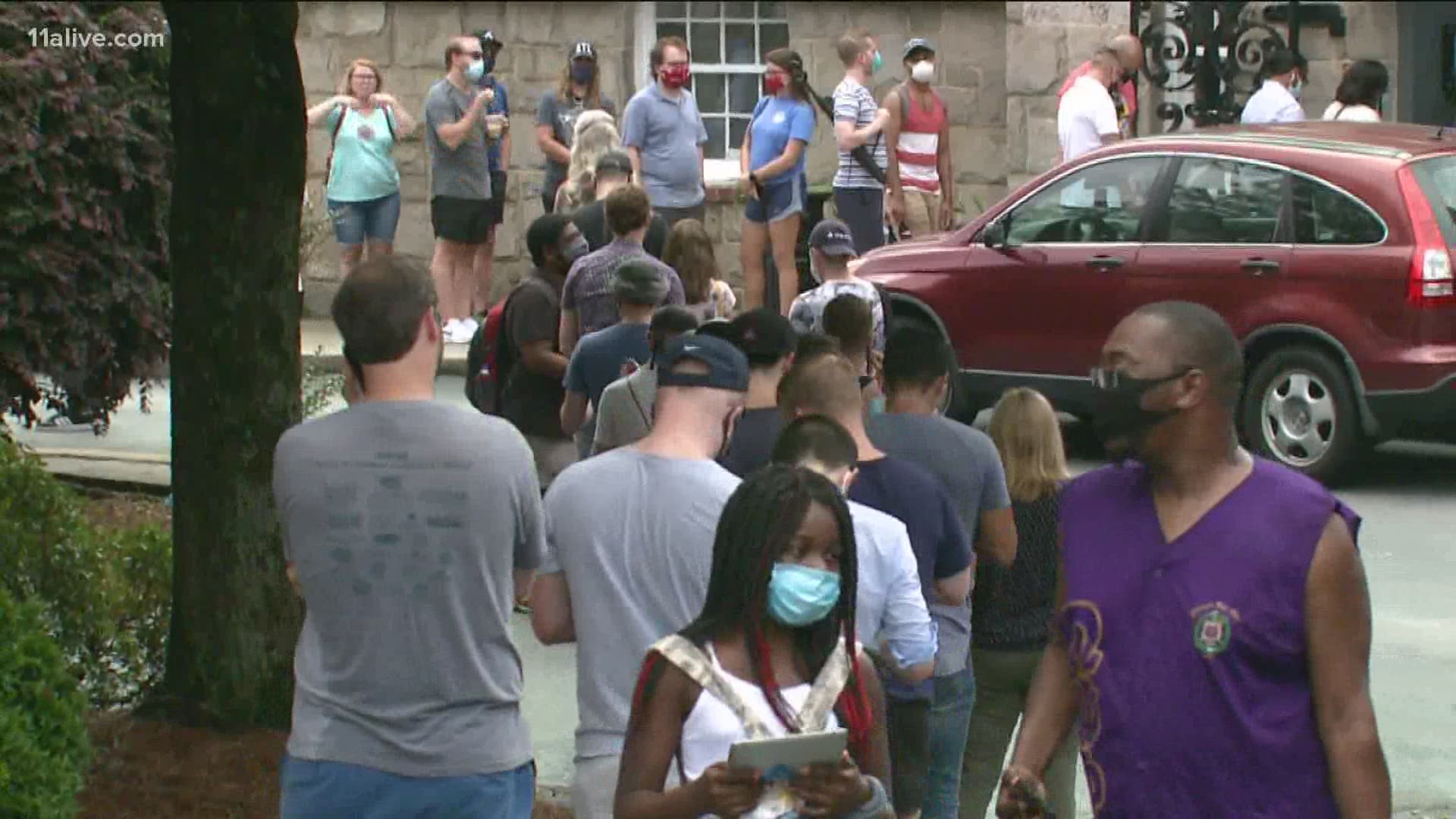 ATLANTA — In the wake of Georgia's much-maligned primary election this week, county officials and the secretary of state continue to point the finger at one another.

As new voting machines either didn't work (as some counties say), or counties failed to make them work properly (as the secretary of state's office says), or in some instances simply weren't there at all, long lines and even longer waits became the symbol of the state's voting dysfunction.

The episode was derided nationwide, and held up as an example by activists of what they call a recurring pattern of voter suppression in Georgia.

But who was actually responsible for what? How, exactly, are elections supposed to function in Georgia?

The legal framework for things can be complicated, and we'll get into those, but the short of it is many practical election-day responsibilities are delegated to the county level, who may not always be perfectly equipped to meet them.

"Our election system is set up to be administered at the local level, so there are 159 election systems that report to the (secretary of state). As such, the counties can't pass the buck completely to Raffensperger. And given Fulton County's history of election day issues, they will be perceived as having to bear responsibility for a lot of the problems," Emory political scientist Andra Gillespie told 11Alive on Election Day. "This doesn't necessarily give Secy. Raffensperger a free pass. Public opinion may not look favorably on the appearance of scapegoating, especially if there were verified lapses in training offered by the (secretary of state's) office that can't be blamed on local authorities."

The longer of it is that Georgia law lays a number of significant election responsibilities at the feet of county authorities. Some of those include:

The issue of, for instance, getting voting machines to polling places - "preserve, store and maintain election equipment of all kinds" - became an issue on Wednesday. In Gwinnett County, an election official told 11Alive that a number of polling places didn't receive their machines on time.

The machines were bigger than in the past, the election official explained, so they contracted out a professional moving company to bring them to voting sites. In the past, they'd simply done it themselves. This time, communication issues between the county, precinct workers and and the moving company resulted in some delivery issues.

Then there's training poll workers - "to instruct poll officers and others in their duties." Fulton County's Board of Elections director, Richard Barron, told 11Alive's Faith Abubéy on Wednesday the COVID-19 pandemic threw a massive wrench into their logistical process.

"In Fulton County, 6 out of every 7 early voting poll worker declined to work because of COVID fears," Faith reported. "The county lost entire precinct teams to same reason. There were several poll worker who pulled “No Shows” today – which is rare."

"When you have offices that are closed, you're managing people teleworking from home across the county, we ran into a lot of challenges this time," Barron told 11Alive's Tracey Amick-Peer a day after the election.

"I think he's the head election official in the state and he can't wash his hands of all the responsibility," he added of Secretary of State Brad Raffensperger.

What were Raffensperger's responsibilities, then? By Georgia law, they're more narrowed to certifying party and candidate eligibility and setting elections standards for counties to meet.

But the law also charges the secretary of state "to conduct training sessions at such places as the Secretary of State deems appropriate in each year, for the training of registrars and superintendents of elections," something officials like Barron could contend wasn't sufficient in a year where a huge new voting system was being implemented for the first time.

With so many counties, and even different election oversight structures within those counties - as outlined in this secretary of state's office document from Gov. Brian Kemp's tenure in the position - voting in Georgia can sometimes be a bit of a messy, freewheeling process, even under the best of circumstances.

Amidst a pandemic that already delayed primary day twice and a political climate of distrust in the state, these are certainly not the best of circumstances.