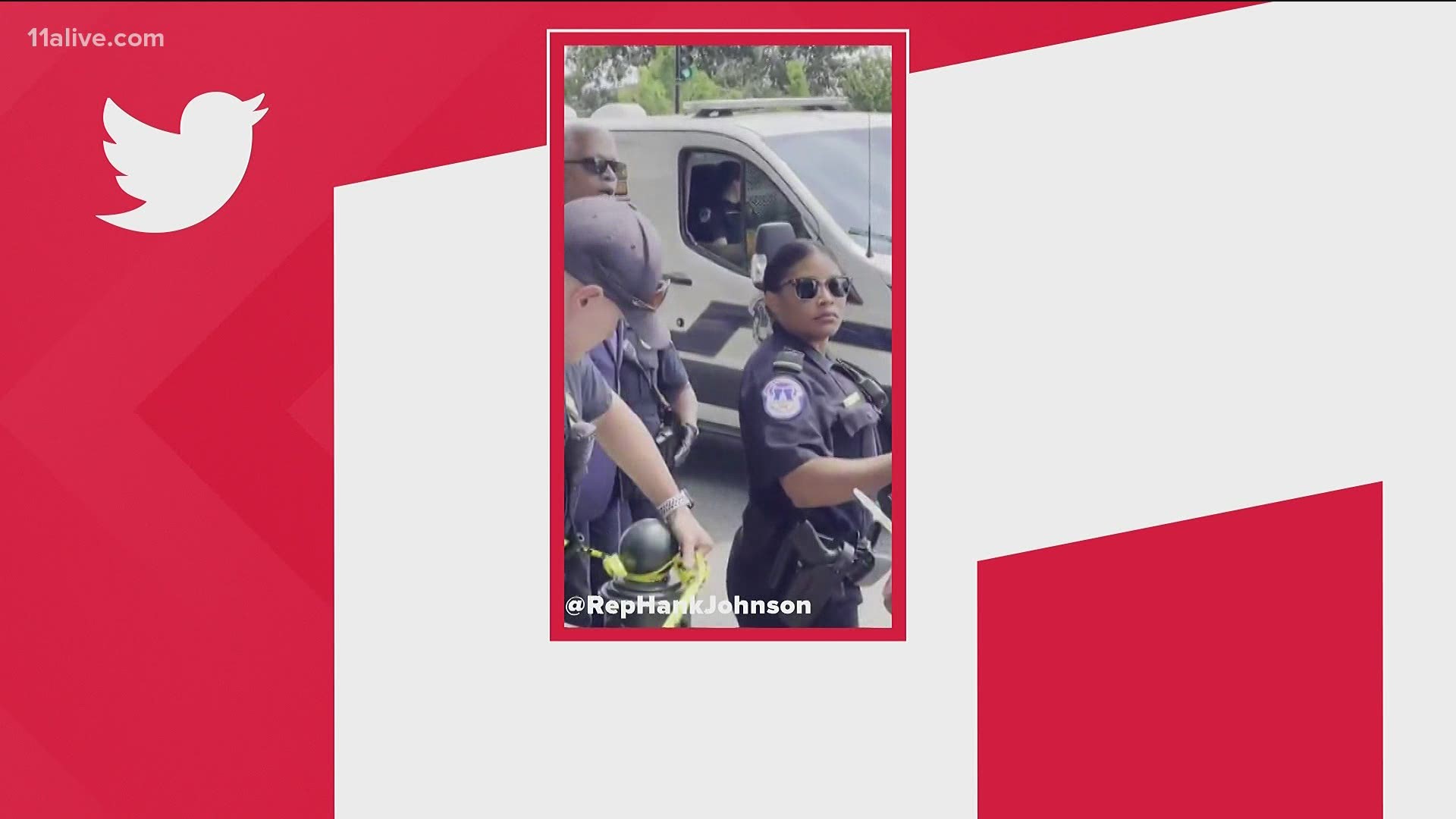 WASHINGTON — One of Georgia's Congressional leaders said he was arrested during a protest on Thursday in Washington D.C.

The video shows Johnson and others with police. Their hands appear to be behind their backs in zip ties.

People can also be heard in the background shouting, "who's house, our house" and "who's street, our street."

.@BlackCaucus I was arrested today protesting against Senate inaction on voting rights legislation & filibuster reform. In the spirit of my dear friend and mentor – the late Congressman John Lewis – I was getting in #goodtrouble pic.twitter.com/JjN51mRpaC

"In the spirit of my dear friend and mentor – the late Congressman John Lewis – I was getting in #goodtrouble," Johnson tweeted.

Lewis, a civil rights icon and former Congressman who represented Atlanta, died last summer after battle with Stage IV pancreatic cancer. The late representative was known for telling young people to get into “good trouble.” By his own account, Lewis was arrested more than 40 times for getting into that “good trouble.”