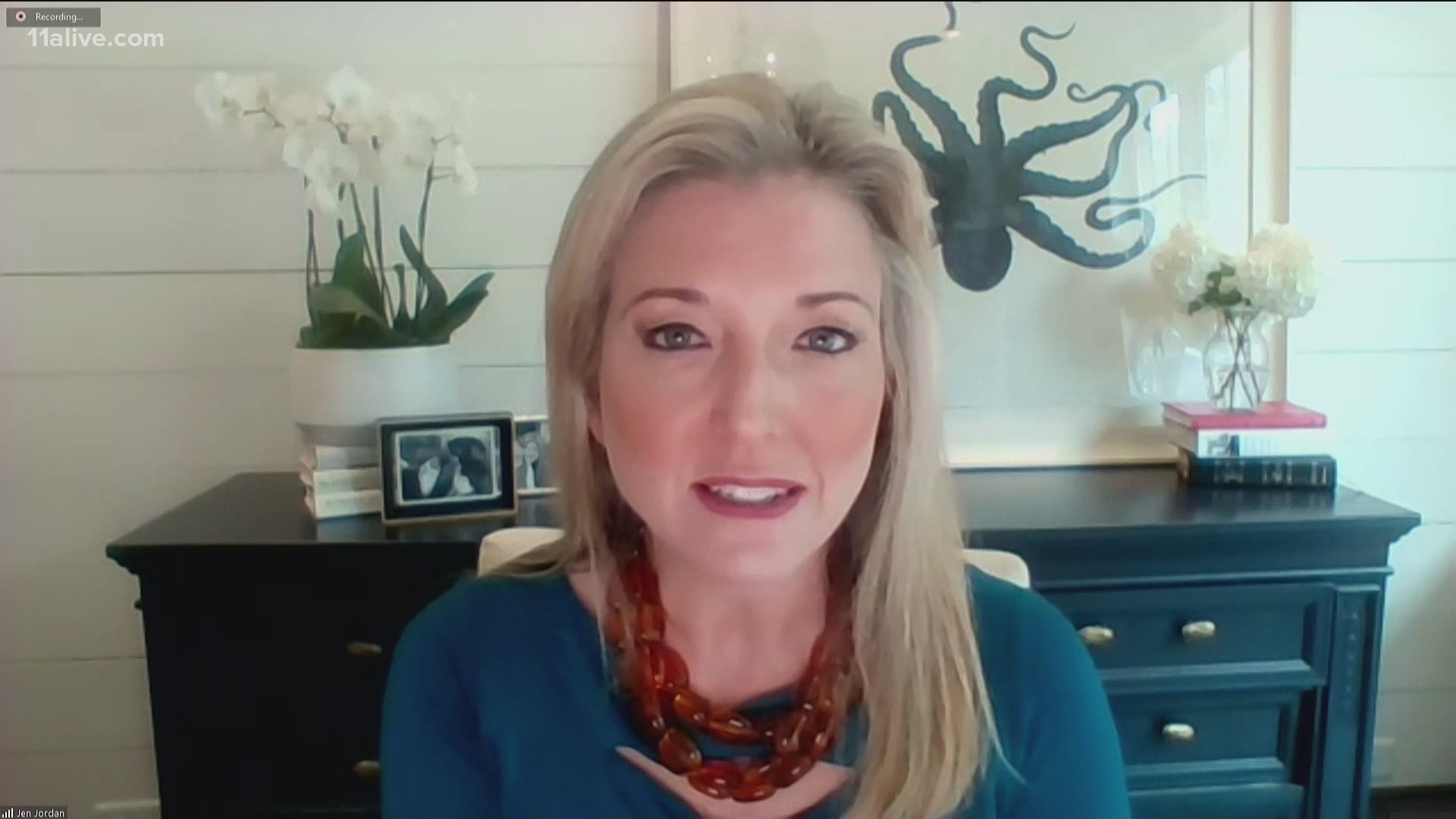 ATLANTA — A prominent Atlanta Democrat in the Georgia Senate will make a run at statewide office next year, with a campaign for attorney general.

State Sen. Jen Jordan, who represents parts of north Atlanta, Sandy Springs and Smyrna/Vinings out of Senate District 6, announced the campaign on Wednesday.

She becomes the most high-profile Democratic challenger yet to announce a run against current Republican Attorney General Chris Carr.

The early field also includes attorney Charlie Bailey, who was the Democratic nominee for attorney general in 2018 and lost to Carr by about 100,000 votes, a little less than 3 percent.

Jordan has built a profile with vocal opposition to some of Georgia's most contentious laws in recent years, including the 2019 "heartbeat" abortion law and the much-contested new voting law.

In a campaign ad announcing the run, she billed herself as a champion for women's issues and a defender of voting rights. She also touted her record opposing the Sterigenics plant near Smyrna, which became a source of community concern in 2019 over reports of ethylene oxide emissions.

She believes she has what it takes to get the job done as attorney general.

It's a good day to run for Attorney General. #gapol https://t.co/alNcMecxqh

"I am from the reddest areas that are in this state, but those are good people who live there," she said in an interview to 11Alive.

"I just want an opportunity to sit down and talk to them. Because at the end of the day, given the choice between an attorney general who really doesn't seem to be working for people and one that does,  I don't care what party you affiliate with, you are going to want the one who works for you," Jordan explained.

"She also wants to try and broaden her appeal because we know that there are roughly equal number of Democrats and Republicans in this state," she said. "Some people would argue after the Senate races last year because of depressed turnout in certain areas, Republicans may still have an advantage."

Carr, the current attorney general, has defended the new voting law, which institutes a range of provisions that will require ID for absentee ballots, scale back drop box access and restrict giving out food and water to those in voting lines, as well as adding a day of early voting.

Jordan, on her newly-launched campaign site, said her campaign would be centered on "fighting to protect Georgians’ right to vote, to prevent plants from polluting Georgia’s air and water with cancer causing chemicals, and to protect children from predators and keep guns out of the hands of domestic abusers."

If she wins the election, Jordan would be Georgia's first female attorney general.

Watch more of Jordan's interview below.