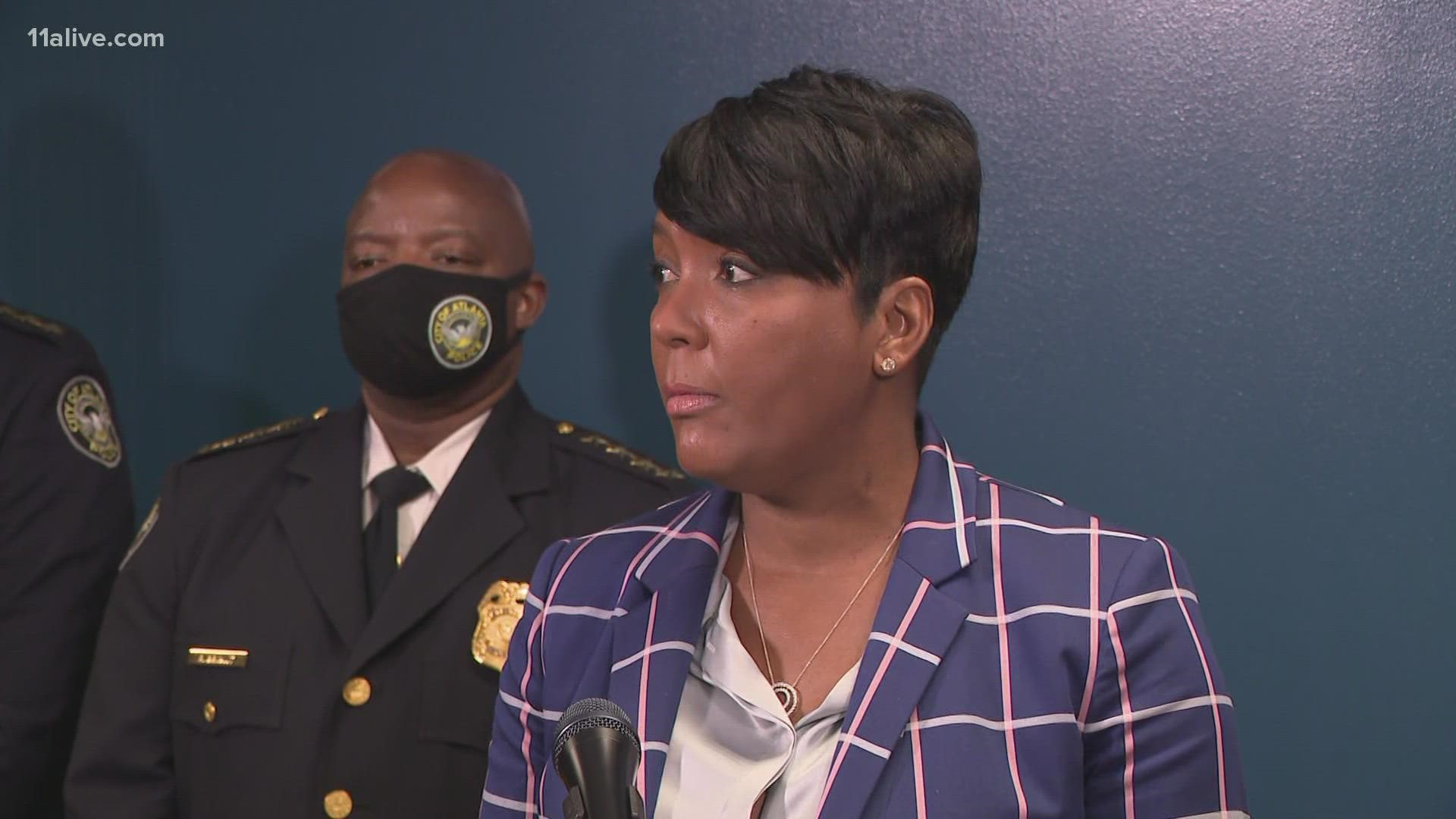 ATLANTA — UPDATE: The mayor's press conference has concluded. You can re-watch it in the video player above shortly.

Atlanta Mayor Keisha Lance Bottoms will speak about the approval last night by the City Council of a $90 million police and fire training facility to go up on what was the old Atlanta Prison Farm site.

The mayor has a press conference Thursday morning scheduled for 9:30 a.m. 11Alive will stream it in the video player above this story and on our YouTube channel.

The proposal for the project passed in a 10-4 vote, after 17 hours of public comment that preceded the City Council meeting from Tuesday night into Wednesday.

The facility was a major priority of the city's law enforcement community, which argued it would help the city recruit and retain officers after the force saw departures and low morale following the protest movements last year calling for policing reforms. The mayor, who has proposed major public safety investments following a spike in crime earlier this year, was a backer of the plan.

It faced robust opposition from a coalition of Atlanta community activists, environmentalists and urbanists, who wanted to preserve the old Prison Farm site as a public greenspace and objected to using public land for the facility in a predominantly Black section of southeast Atlanta rather than in wealthier, whiter sections of the city, such as Buckhead.

They had derisively termed the project, "Cop City."

RELATED: A large piece of land in DeKalb is the subject of debate. Here's why.

The plan approved by the City Council involved a ground lease agreement between the city and the Atlanta Police Foundation, which says it will build on 85 acres of the site and preserve the remaining 180 acres as greenspace.

Much of the funding for the project is expected to come through private donations to the Atlanta Police Foundation, with the city expected to eventually contribute $30 million in public funds.