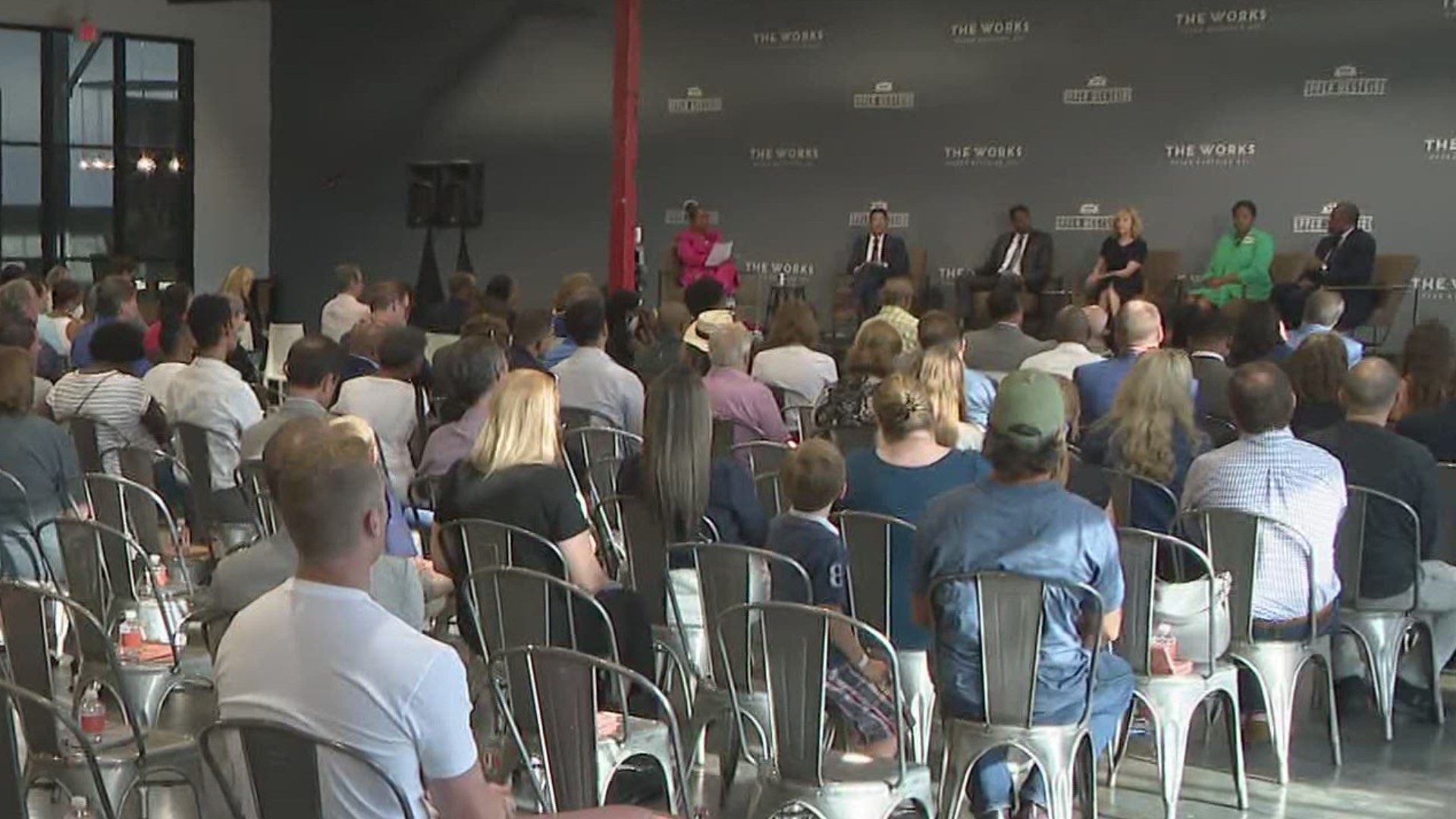 When it comes to addressing an uptick in violent crime, Reed suggested adding more officers to the street.

“I believe we need to hire 500 to 750 additional officers,” Reed said. “We should transfer the human resources function for hiring officers out of city hall and into APD so they can hire faster.”

Moore agreed and said low morale within APD also needs to be addressed.

“Morale is the number one issue,” she said. “I'm going to attend roll call for my first 100 days in office and make sure every officer has a face-to-face with the Mayor."

Brown said, leaders need to tackle the issue ‘at the root’ and address the poverty that leads to crime.

“It's going to be based on us addressing the root cause of generational poverty that is leading to the crime that we see in this city.”

Brown added he does not believe adding more officers to the streets will solve the problem.

The 2021 Atlanta mayoral candidate's forum was hosted by Upper Westside Atlanta.  The mayoral election will be held on November 2.

You can watch a replay of the forum here.