The City Council approved on Wednesday night a plan to build the facility on the site of the old Atlanta Prison Farm in southeast Atlanta. 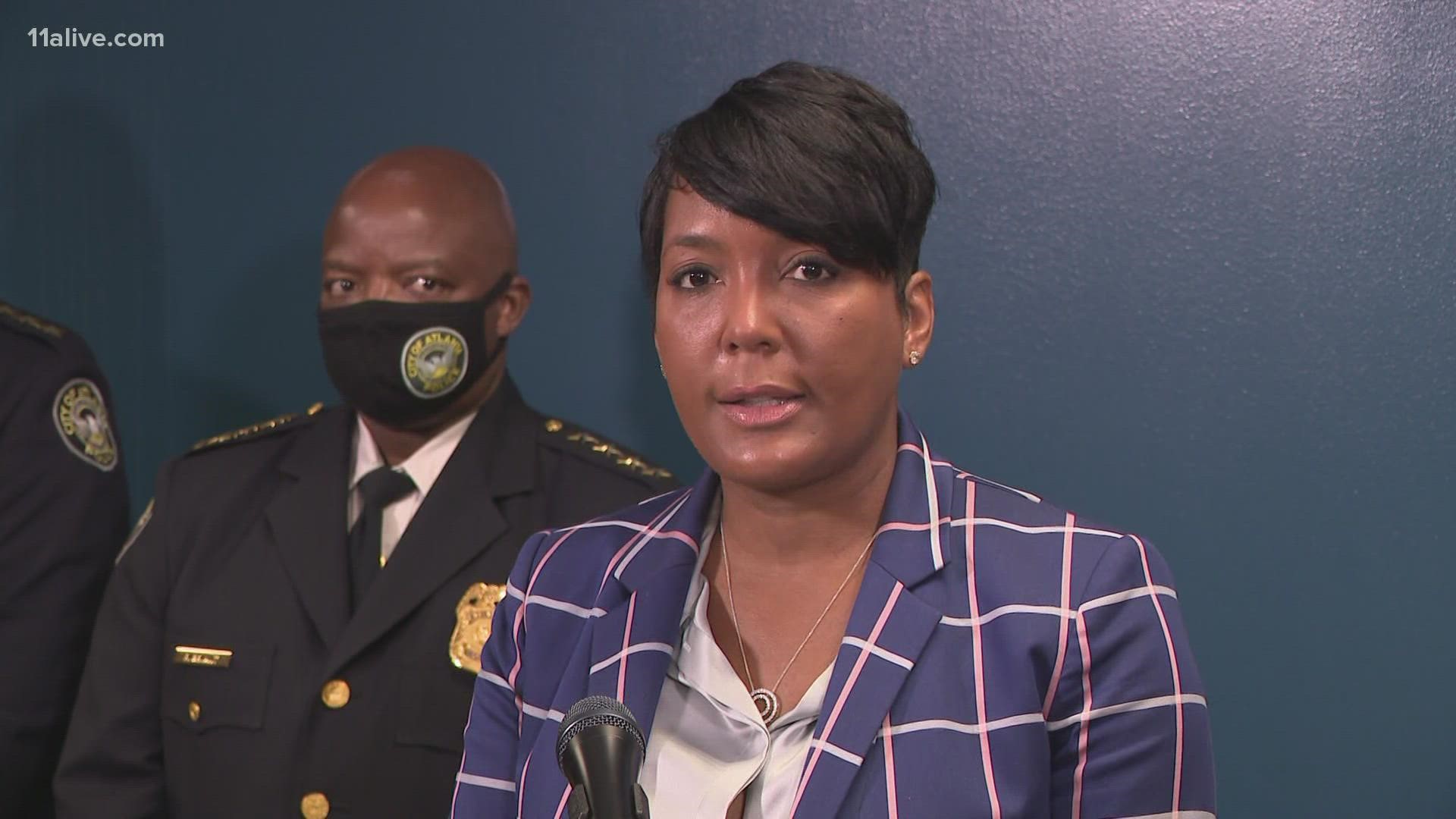 ATLANTA — Arguing that holding police accountable and supporting them are "not mutually exclusive," Atlanta Mayor Keisha Lance Bottoms affirmed her support for a new police and fire training facility Thursday that had been met with impassioned opposition by a coalition of community activists and environmentalists.

She called the councilmembers who by a 10-4 vote approved the training facility, to be built on the old Prison Farm site in southeast Atlanta, "courageous."

"What I've said repeatedly over the last year is that holding the men and women who serve us in a public safety capacity accountable is not mutually exclusive from supporting them," Bottoms said. "And if you have ever had the opportunity to visit either the police academy or the Atlanta Fire Rescue training facility, they are simply deplorable. In fact it's my understanding that the Atlanta Fire Rescue training facility was condemned last year, that's how bad it is. The Atlanta Police Department (facility) - there are no lockers for the cadets, the roof is leaking, it has mold, the list goes on and on."

This is so disappointing. The big loser tonight is democracy #savetheatlantaprisonfarm pic.twitter.com/yufAyFU0w3

The proposed $90 million facility was a priority of the law enforcement community, which argued it would help the city recruit and retain officers after the force saw departures and low morale following the protest movements last year calling for policing reforms.

RELATED: A large piece of land in DeKalb is the subject of debate. Here's why.

It faced robust opposition from a coalition of Atlanta community activists, environmentalists and urbanists, who wanted to preserve the old Prison Farm site as a public greenspace and objected to using public land for the facility in a predominantly Black section of southeast Atlanta rather than in wealthier, whiter sections of the city, such as Buckhead.

They had derisively termed the project, "Cop City."

The plan approved by the City Council involved a ground lease agreement between the city and the Atlanta Police Foundation, which says it will build on 85 acres of the site and preserve the remaining 180 acres as greenspace.

The mayor vowed the city would protect the fabric of the urban forest at the portions of the site that will not be built on for the facility.

"We're going to make sure that we preserve as much of the urban forest as we can preserve," she said. "In a space that is hundreds of acres, we are carving out a portion of that, and we're gonna make sure that in whatever we do there that the public still has access to those hundreds of acres while we use a portion of the property that we've owned for over a hundred years."

Much of the funding, about $60 million, for the project is expected to come through corporate and private donations to the Atlanta Police Foundation, with the city expected to eventually contribute $30 million in public funds.

On Thursday, the mayor defended the political process that led to Wednesday night's approval vote.

"It's not ever a pretty process," she said, adding that the redevelopment proposal was first brought to City Council in April and that it was "not something that happened overnight."

"Not everybody is going to be pleased, there are many people unhappy about it," Bottoms said. "I know several years ago this location was envisioned in another way, but as we have had to readjust we will make sure that the community is involved in those discussions. We'll have all of the appropriate people at the table, our environmentalists, people who have expressed concerns about the community - those discussions will not end."

But they will predominantly happen with another mayor - Bottoms announced earlier this year she is not running for re-election, and in November the city will choose its next leader, a choice that now could be influenced heavily by how candidates stand on the training facility.

Dave Wilkinson, the president of the Atlanta Police Foundation, estimated it would open in two years, by the fall of 2023.