The office would serve as an oversight authority for the city government. 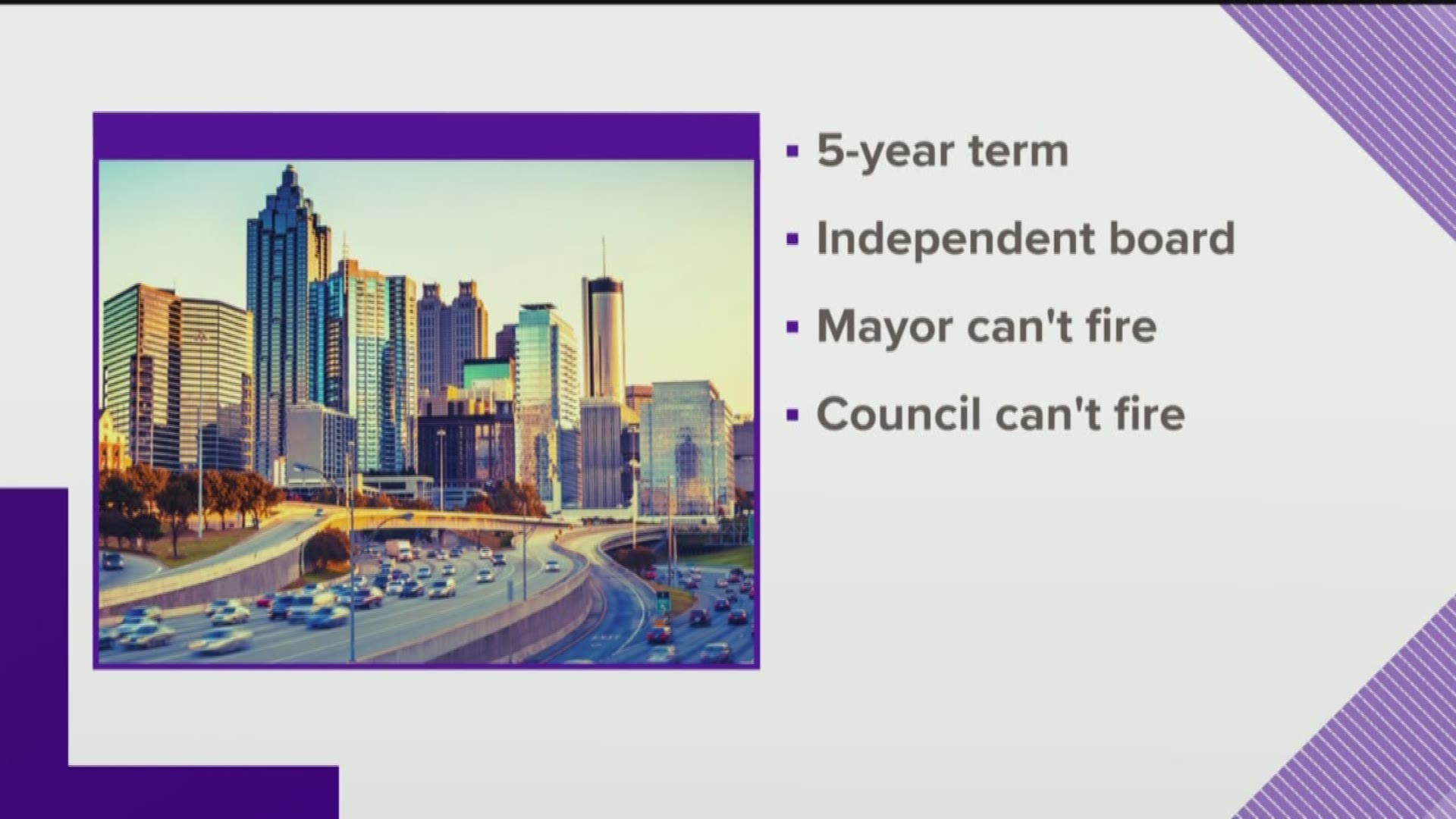 ATLANTA — Mayor Keisha Lance Bottoms announced Tuesday she is proposing that the city of Atlanta create a new Office of Inspector General.

The mayor's office said Bottoms issued an executive order calling for an amendment to the Atlanta city charter to create the office, which would act as an oversight authority on city government.

"The Inspector General will serve as an independent set of eyes, ears and teeth to root out misconduct and waste in a manner that is completely separate from any political influence," Bottoms said in a release.

The position was recommended by the mayor's Task Force for the Promotion of Public Trust, which was created in the wake of a number of scandals involving officials in the administration of former Mayor Kassim Reed.

Mayor Bottoms herself is also the subject of a state ethics investigation examining her and opponent Mary Norwood's 2017 mayoral campaigns, as well as a city council investigation into the city's hiring circumstances of some Bottoms campaign staffers that year.

“The Task Force believes that the creation of an independent Inspector General’s Office is the best way to ensure that integrity as well as to restore trust in Atlanta City government," former Georgia Supreme Court Chief Justice Leah Ward Sears, who led the task force, said when the recommendation was issued in October.

The recommendation called for the office to have "broad jurisdiction to seek out fraud, waste, abuse, corruption and misconduct and have the authority to initiate its own investigations" as well as budgetary protections and subpoena authority, among other powers.

Mayor Bottoms issued a series of guidelines including those recommendations and others for the office in her executive order: