How to prevent crime in Atlanta | 11Alive Mayoral Debate

76% of likely voters said crime would be a major factor in deciding their vote. 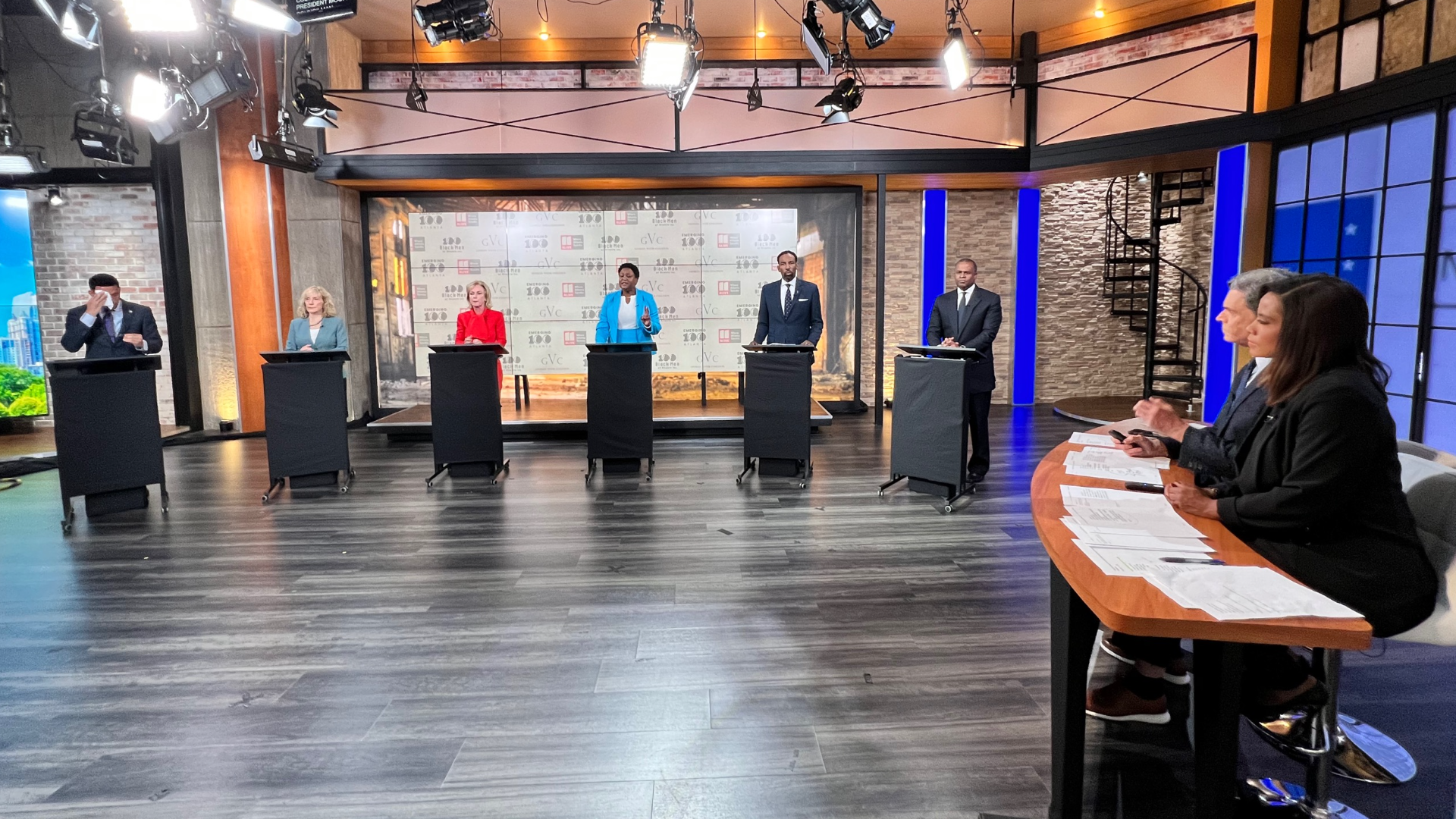 ATLANTA — One of the topics that took up a majority of the time during a mayoral debate on 11Alive on Wednesday was crime.

In an 11Alive SurveyUSA Poll, 76% of likely voters said crime would be a major factor in deciding their vote.

In addition, recent data from the Atlanta Police Department shows homicides are up 62% from 2019 to 2020. The FBI also said violent crime has increased by 23% and assaults are up 33% for the entire state.

So, here's a look at what each of the candidates had to say about fighting crime within the city.

Brown began by articulating that, in his eye, tackling crime is directly tied to tackling generational poverty. In addition, he said that the city needs to restructure its public safety system.

Some of the solutions he mentioned included putting an emphasis on community policing and rebuilding the relationship between officers and those they serve. In addition, Brown suggested creating a conflict resolution center for peer-to-peer disputes and supporting students so they can do not fall into a life of crime.

When asked about the rise in crime during his time in office, Brown stated that the reality was "city leadership failed."

He added that the city should create a 24-hour non-emergency response unit to help tackle some of the root causes of crime in his view, such as mental health and substance abuse.

Finally, Brown proposed mandatory retraining of officers not in a "post-George Floyd way" but a "Rodney King way."

Gay's response to the question of crime was to "support our officers," and to "be clear about what we want them to do," as well as "hold them accountable."

Specifically, she mentioned not having officers be responsible for things that social services are capable to help with.

Like Brown, she also put an emphasis on police getting back into communities and neighborhoods to build trust, a strategy she emphasized as the "most important."

King, on the other hand, mentioned expanding the pre-arrest division to work through the weekend and working with at-risk youth.

To do this, she mentioned putting police in schools and having them be "proactive, not reactive." King also put an emphasis on making sure youth are involved in the community and have an avenue to making money.

Finally, King mentioned tackling recidivism, or the tendency of criminals to repeat behavior once let go. During a press conference back in September, Atlanta Police mentioned most of the city's crime comes from repeat offenders.

Moore began her response to crime by taking a moment to speak on the pride she and her neighbors had in creating a neighborhood watch. She mentioned wanting to expand that idea to all those in the city, from local businesses to those in high-rises.

For her, that kind of community engagement is essential to tackling the city's crime. But More also mentioned a desire to "invest in children." Like some of the other candidates, she mentioned creating after-school and job programs to help keep kids off the street.

Finally, Moore said she would work with courts to ensure criminals do not just wind up back on the street, committing the same crimes once released.

When asked about the rise in crime during her time in office, Moore stated there is often a difference between those who set policy and those who execute it, stating "we've done our job on the legislative side." She also stated that what the city needs is a "comprehensive approach to crime."

During his response to the subject of crime, Dickens often touted his Safe Streets Plan, which could be found on his campaign site.

However, he did mention wanting to use technology to make the city safer by installing 10,000 new street lights and adding more cameras around Atlanta.

He was also one of several candidates to mention empowering community policing and helping to build bonds and trust between officers and those who they serve.

And on the rise in violent crime, Dickens quickly pointed out several years where he said crime actually went down during his time on city council. However, he did also mention a need to hire more officers.

Reed began his response by stating he plans to open every recreation center in the city and keep them open six days a week until 7 p.m. According to him, this will help keep youth involved and off the streets.

He also mentioned visiting with police every day, ensuring them that they have due process, and hosting community conversations to repair the "tear between the community and police."

Reed also spoke on a desire to partner with the governor and state patrol to crack down on speeding and reckless drivers on the road.

Finally, he mentioned partnering with MARTA officials in order to provide a "force multiplier across our departments."