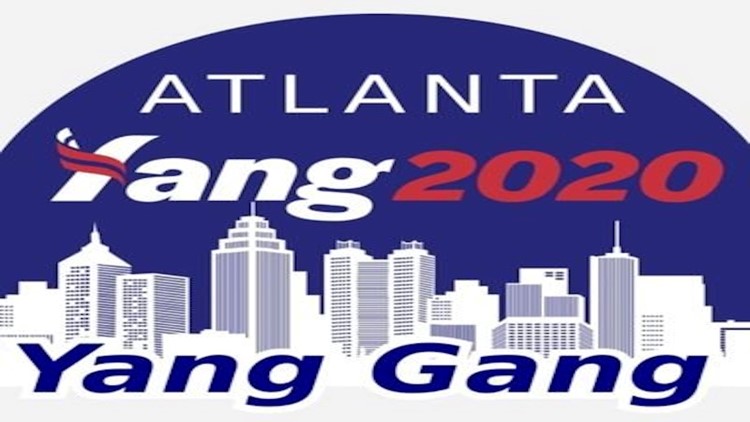 ATLANTA — It's hard to imagine there's a better form of canvassing.

The Atlanta Yang Gang will be hosting a tailgate at the Atlanta United game on Saturday - and they'll be giving away free beer.

The "Yang Gang" is a nickname collectively referring to supporters of the 2020 Democratic presidential candidate Andrew Yang.

The Atlanta Yang Gang says they will give away a beer to anyone who retweets Andrew Yang's "Freedom Dividend" tweet. Yang claims that he will gift $1000 per month for 12 months to someone who retweets the message and follows his account.

Lacey Delayne, a representative from Atlanta Yang Gang says, "The beer options will likely be Heineken or Bud Light. Those were the biggest hits the last time we did this."

The beer will be poured into a cup with a "I Re-Tweeted Andrew Yang" sticker on the front, to further a conversation about the candidate.

Atlanta Yang Gang will be arriving to set up their tailgate at 12:00 p.m. They will have a tent at The Gulch across the street from the Mercedes Benz Stadium.

Delayne says, "Our purpose is to raise awareness about Andy Yang as a candidate. We want people to have the opportunity to see his ideas, and inform them about why we support him."

Atlanta United takes on Montreal Impact tomorrow night at 6 p.m. and Andrew Yang will take on his opponents for the Democratic candidacy in another debate on Sunday, July 30.

Be sure to follow 11 Alive Sports for ATL United updates and the 11 Alive political news page for updates on both.