This comes after critics said an audit of the recent November election was done in virtual secrecy. 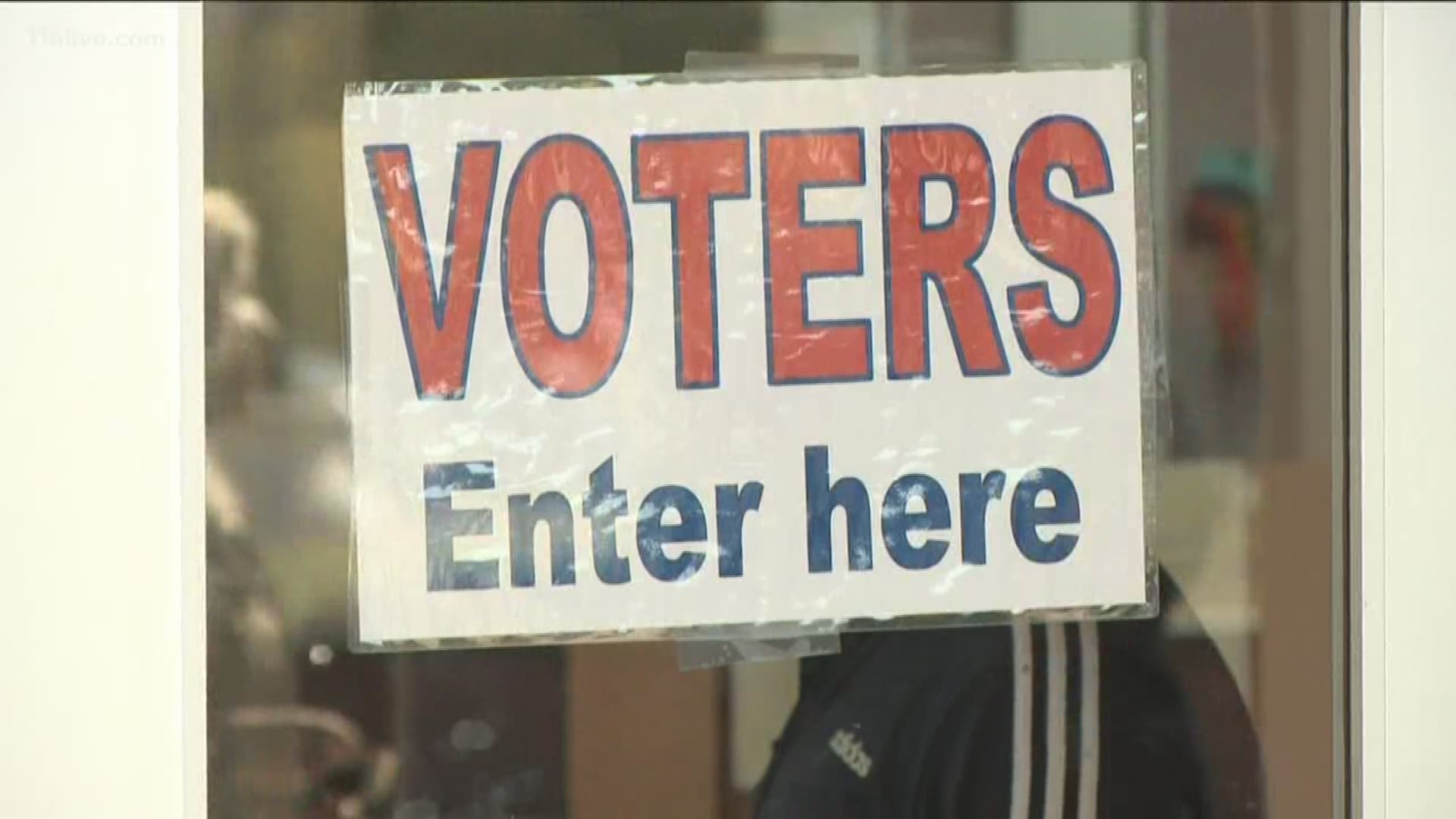 ATLANTA — Georgia's Secretary of State wants new rules to govern the timing and location of post-election audits. This comes after critics said an audit of the recent November election was done in virtual secrecy.

The November elections, a handful of locations, were the first-ever in Georgia done with new voting machines purchased from Dominion Systems by the state of Georgia. The new machines are expected to roll out statewide in time for the March presidential primary.

Aside from the audit controversy, critics said a pattern has emerged in recent weeks that shows the secretary of state’s office initiating political battles with its critics.

Thursday, a roomful of volunteers at Ebenezer Baptist Church had created a phone bank to contact voters they say were at risk of getting purged from voter rolls.

The phone bank was affiliated with a voter activist group called Fair Fight Action, founded by Stacey Abrams, the Democratic candidate for governor in 2018.

The Secretary of State's "data maintenance has been so poor in Georgia that we take time out regularly to encourage voters to check their status to make sure they are properly registered," Groh-Wargo said.

This followed another instance last week, when the Secretary of State said it was opening an official investigation into two people who had observed this month’s elections in Bartow and Paulding Counties.  The targets had been critical of the state’s decision to buy new voting machines and not using hand marked paper ballots. The secretary of state claimed the pair interfered with voters, a claim the two targets of the investigation told 11Alive is ridiculous.

In Bartow County, the state coordinated an audit to make sure the new voting machines used in municipal elections in Cartersville and other towns produced an accurate vote count.

Fair Fight’s CEO says the state is not building confidence that the new election system will work next year.  "I'd encourage the Secretary of State to completely focus its resources there, rather than on political retribution, baloney investigations, and fake audits that don’t sow trust; they sow distrust," Groh-Wargo said.