The report has implications for former Mayor Kasim Reed in his bid to regain office. 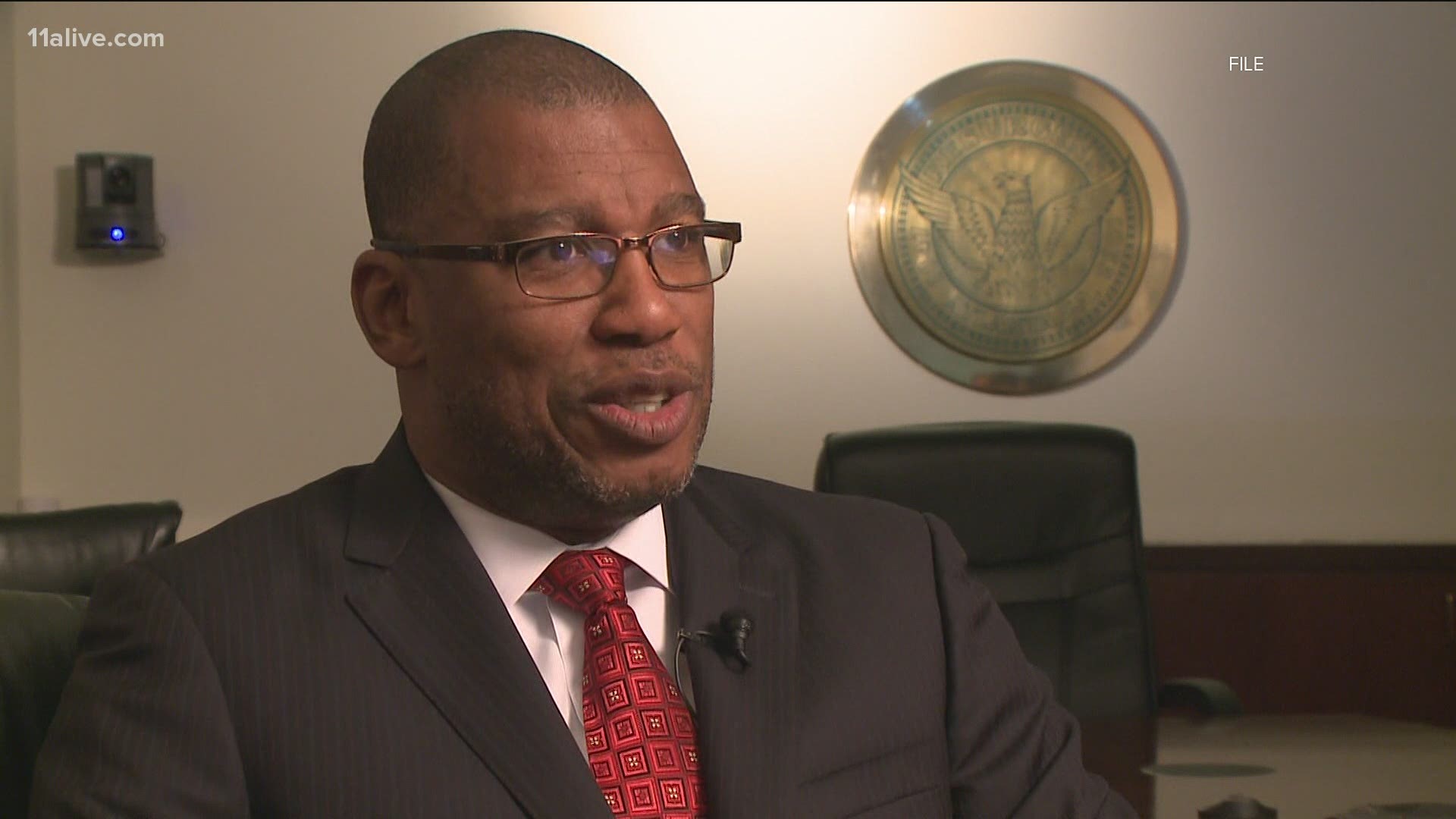 ATLANTA — An audit by an outside firm into alleged misuse of funds by former Atlanta city CFO Jim Beard faulted a city government that, it said, "lacked a proper and effective Tone at the Top culture."

Beard was indicted by the federal government last year on charges including wire fraud, possessing a machine gun and more, alleging that he defrauded the city out of tens of thousands of dollars by using funds in a range of inappropriate ways, including for personal travel expenses and personal purchases that included two machine guns.

The report carries with it political implications for former Mayor Kasim Reed, under whom Beard served as CFO for more than six years, as he seeks to regain the office.

The report mentions Reed by name only incidentally, but notes that at the highest levels of his administration "employees perceived that executives were not required to comply with rules and procedures imposed upon lower-level employees, especially regarding travel expenses and reimbursements."

Conducted by the firm Windham Brannon, LLC, and released this month by the administration of current Mayor Keisha Lance Bottoms, the report concludes Beard's alleged conduct was enabled by:

Reed's campaign issued the following statement: "“Mayor Reed has publicly stated that if he has the privilege of serving as Mayor again he will implement additional measures to ensure that ethics remain at the center of his administration. Those measures include: 1) no member of the administration will have a personal or business bankruptcy in their lifetime; 2) the mayor, along with all of his direct reports, will file and make public their income tax returns on April 15 of every year; 3) the mayor’s cabinet and senior team will have quarterly ethics training; 4) an ethics council will be in the office of the mayor; and 5) the city will require individuals lobbying the executive and/or legislative branch of government to register as a lobbyist.”

"The findings by the City Auditor and Ethics Officer can be characterized as abuse of authority. This type of abuse is inherently difficult to prevent because it was perpetrated by stakeholders at the very top of City government," the report states. "The City must be constantly vigilant about setting the tone from the top and developing a strong ethical culture."

Former Mayor Reed announced at his birthday party last week that he would be running in this year's mayoral race, after Bottoms announced in May that she would not seek re-election.

Beard resigned when Keisha Lance Bottoms took over as Mayor in early 2018. When Bottoms took office, she requested all of her cabinet members coming in from the Reed administration to resign and reapply for their positions.

Beard was also embroiled in a scandal regarding bonuses that Reed gave his staff before he left office. An Atlanta ethics report found Beard “abused his position to authorize a bonus payment for himself.”

The audit also touched on this matter.

"The greatest chance of detecting this type of abuse is by an individual that is properly motivated to report, has an outlet to report, and feels comfortable in doing so without the fear of retaliation. These efforts can be enhanced by a Mayor and Council that will fully embrace the role of the new Office of Inspector General," it stated. "A very visible hotline and a culture of compliance will also enhance detective controls."

The status of Beard's federal case is unclear.