Sens. Ossoff, Warnock are products of this Atlanta history. 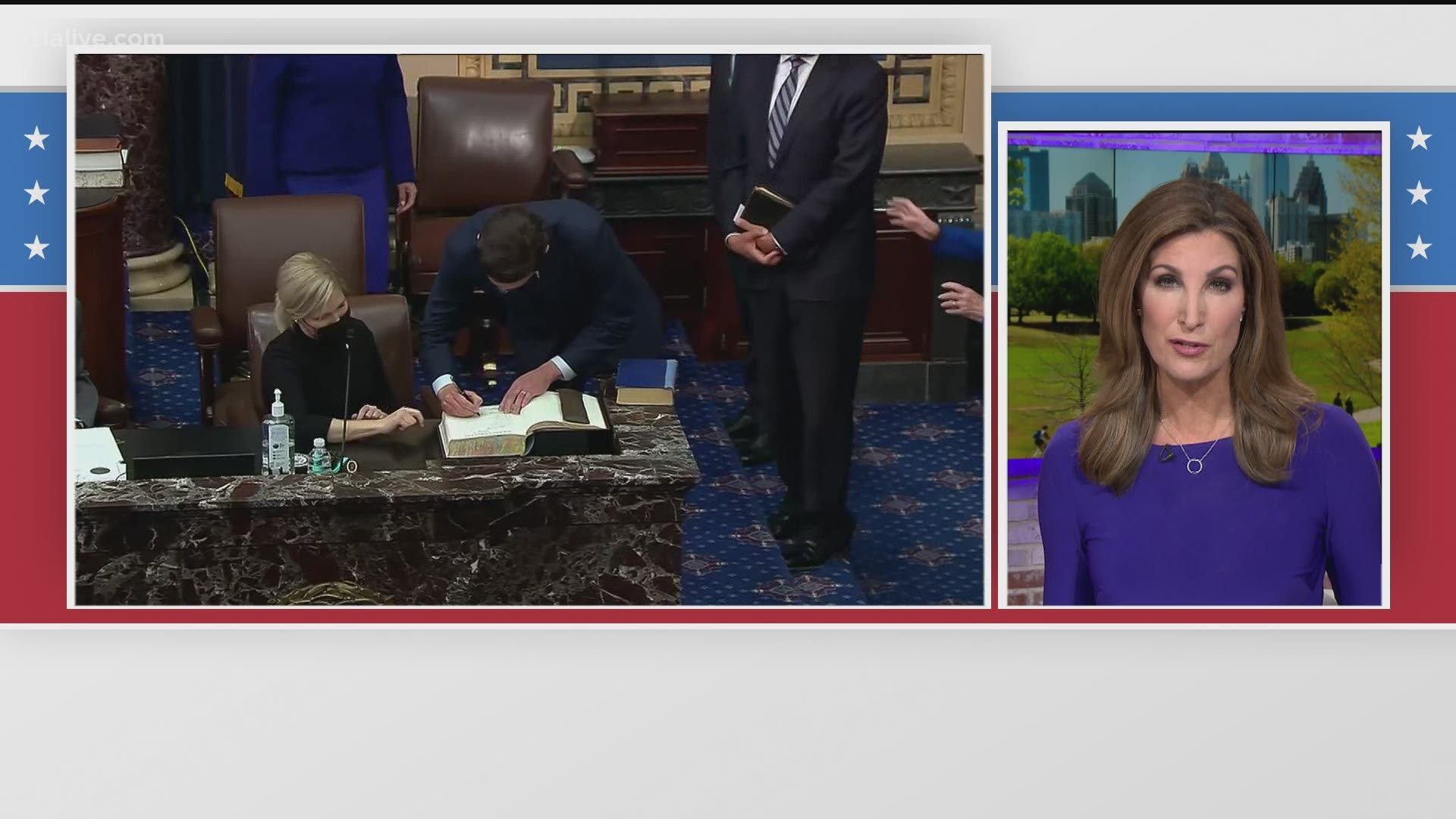 ATLANTA — Jon Ossoff is the first Jew to represent Georgia in the US. Senate.  It’s a civil rights milestone with deep roots in Georgia.

Likewise, Raphael Warnock is the first African American from Georgia to serve in the Senate.

Although the civil rights movement in Atlanta originated with the descendants of African slaves, Georgia’s Jewish community had its own struggles. The two interests had a merger of sorts more than a half century ago.

108 years ago, a Jewish man named Leo Frank was convicted of the murder of a 13-year-old girl named Mary Phagan in downtown Atlanta. White supremacists lynched Frank in Marietta, at a spot now marked with a historical placard etched with a story of anti-Semitic bigotry.

In October 1958, white supremacists bombed the Temple on Peachtree Street, Atlanta’s foremost Jewish house of worship. The accused bombers escaped conviction.  Its rabbi, Jacob Rothschild, had aligned himself with the movement led by Martin Luther King Junior – alarming some of his congregation.

"He invited prominent black speakers to the pulpit. It scared them at the Temple. ‘Won’t you speaking out like this, Rabbi, attract the ire of the violent white supremacists, and won’t they turn on us?’ And they were right," said Melissa Fay Greene, author of The Temple Bombing, in an interview with Matt Pearl in 2018.

The fifty sticks of dynamite that exploded at the Temple badly damaged the building but injured nobody. Atlanta’s white Christian leaders rallied support and in turn, Rothschild rallied them to support Dr. King.

Over the last year, Raphael Warnock – now the pastor at King’s Ebenezer Baptist Church – and Jon Ossoff – a Temple attendee – campaigned together. They beat the odds, won the election, and are representing Georgia in the U.S. Senate - together.

Postscript: Jon Ossoff isn’t the first Jew to represent Georgia in Congress – Elliott Levitas of DeKalb County served in the House for ten years in the 70s and 80s. Four other African Americans currently serve in the House from the Georgia delegation; Andrew Young was the first post-Reconstruction African American to serve in Congress from Georgia. He was elected in the 5th district in 1974.